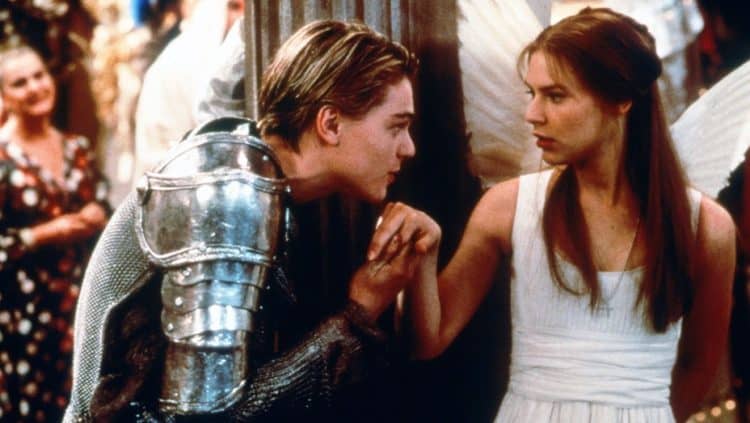 Ah yes, back in the 90s when Romeo and Juliet was still a story that people were interested in and many people still believed that telling it this way was edgy and cool. To be fair it wasn’t exactly the worst movie that’s ever come along, but it still wasn’t quite as great as many people wanted to make it out to be, but it was the 90s, so it was either step to the edge and enjoy the risk or go home and be safe on the couch while enjoying a nice family movie. This flick was all kinds of bizarre and a lot of people had no trouble admitting it since it went beyond in a few ways that a lot of people weren’t expecting considering that as one of Shakespeare’s most classic tales, it had everything a person could ask for, but somehow the director of this movie created something that we can’t help but think of as a hallucination that was drug-induced and alcohol-sustained since otherwise it would have felt too much like an Indie movie that a group of high school kids had decided to do on a shoestring budget. It had plenty of well-known actors who were at that time still popular in Hollywood and hadn’t yet found their way into mediocrity or a sustained bout of obscurity that would, for some of them, last for a while before they finally found roles that would allow them to become known again.

The contemporary feel of this movie at the time was one reason why some people loved it since it felt as though Romeo and Juliet were being brought all the way into the present time, but were still being allowed to keep some of the old-time elements that had made the story so great in the past. Unfortunately, this gave a very disjointed feel that was hard to understand since the blending of one time period with another, or the strange attempt at doing so, really didn’t make a lot of sense and created a very chaotic scene that was hard to follow in some spots and felt as though it would make a person dizzy to even try. And yet people in their teens and 20s loved it, so one can’t say it was a flop, especially since it had a relatively small budget and went on to make well over $100 million at the box office. Seriously, the movie did quite well when it came to sales, and even the reviews from the critics were rather positive, so it’s fair to say that the movie impressed the right people and made its way into legend somehow.

It was a movie that was bound to be thought of as cool and hip by teens and by those that were still young enough to appreciate the pace and the overall story that was reconditioned to be more appealing to those that wanted something classic but up to date and able to be translated by the people of the era. How anyone felt from a personal standpoint about this movie kind of varied from one person to the next since a lot of people might have just gone along with the crowd in saying that it was interesting and thought-provoking, but some might have stood up and said it just felt like a lot of crazy packed into one movie with gaps here and there that might have included story but were still filled with the teenage angst that a lot of people have come to enjoy in the movies at certain points in cinematic history. Something about this movie felt rather clunky despite the fact that everything moved fairly well together and the story did manage to stick to its own moorings most times as the characters were easy to point out and the overall feel was that it did cling to Shakespeare’s original story as much as possible. But calling guns ‘swords’ and a few other things that came into play during the movie made it a bit difficult to really get into it unless one was completely relaxed or drunk, or high. Seriously, there are some parts of this movie that would likely be better if one was stoned out of their gourd, since they might appear less cringe-worthy and far more interesting.

When all is said and done this movie was successful and it did draw a lot of fans even as it managed to be criticized left and right by many people when it was released. But the point is that it’s been remembered, so no matter what is said about it, the movie is one of those that have become a part of cinematic lore, for better or worse. Anything said about it at this point is, like always, a matter of opinion.