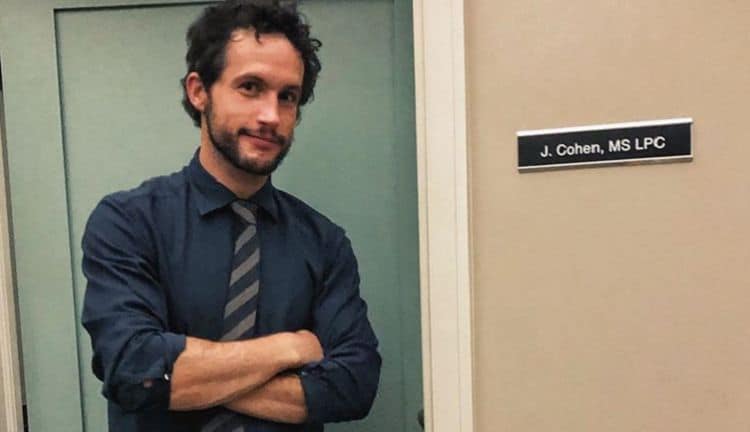 It’s interesting how much viewers don’t really know about actors sometimes. We most often connect and relate to actors’ on-screen characters, and we tend to forget that actors have a completely separate life from what they act out. Rob Heaps is the kind of actor that really molds well into whatever role he’s playing. That’s a great thing to be able to do as an actor, but it makes it difficult for us to really figure out who Rob Heaps really is. So we did the due diligence and found out 10 things about Rob Heaps we’re sure you didn’t know about either.

If you didn’t know this beforehand, that probably means you haven’t really followed Heaps much. Most American actors do horrible when they try to play British characters, but British actors always do well when trying to do an American accent. In fact, Rob Heaps is so good with an American accent that he really could pass for one. Heaps is a native of York, England, and he’s as far from American as you can imagine.

2. He always wanted to be an actor

Heaps was born on July 11, 1983. He spent most of his childhood in York, and he knew early on that he wanted to be an actor. Knowing that the industry is grueling and cutthroat. Heaps knew that he needed something extraordinary in order to stand out from the rest. After his studies, Heaps decided to move to St. Petersburg, Russia to study drama even further. He recalls this time of his life to be one of the most challenging because of the type of physical learning process he had to endure.

There are only a few screen actors out there that are able to transition into theater or vice versa. Theater is a totally different ballgame, and it takes a special skill in order to pull off stage acting without a hitch. Heaps actually got his start into acting through theater, as he performed on the bright stages of London. Some of his best production include King Lear, Pride and Prejudice, and While The Sun Shines.

We can explain this in a couple of different ways. First off, Heaps is a dog lover. He’s got a pet dog named Portia that he calls his housemate. As adorable as that sounds, our second explanation for Heaps being an animal lover isn’t quite as cute. One of the ways that Heaps prepares for acting is through analyzing the physicality of a role. He picked up on this technique through his drama school in Russia. He was once told to go to the zoo and observe an animal in order to emulate it in class. Heaps, of course, let the beast out, and he has been pulling from that lesson ever since–to this day.

There are good friends, and there are great friends. Heaps easily belongs to the second category. He’s one of those guys that are willing to just do anything to help a friend out. That’s exactly what Heaps did for one of his closest friends that was diagnosed with MND or Motor Neurone Disease. Heaps launched a bike race he named after his friend, The Gordy Races, in order to help raise funds for MND research. The race went on for a total of 9 hours straight–a challenging feat that Heaps accomplished himself.

6. He plays around with photography

Photography could be something to fall back on in case Heaps ever decides acting no longer works for him. While we only see most of his photos on Instagram, we have to say that some of his shots are pretty extraordinary. He mostly takes photos of his travels throughout the US, and color seems to be his focus. He currently has over 26k followers on Instagram.

Heaps’ first foray into television didn’t come until he was about 28 years old. If you didn’t already know, the UK actually has their version of Law & Order, and it’s called Law & Order: UK. In 2011, Heaps appeared in an episode called “Dawn Till Dusk.” After that episode, he didn’t get another television gig until 3 years later in 2014. That was a television film called Frankenstein and the Vampyre: A Dark and Stormy Night.

You really won’t see a ton of information on Heaps’ personal life anywhere. Most people may recognize him for his roles on TV, but most people also don’t know a whole lot else. We do know, however, that he is single. While he keeps his private life separate, we know that he’s currently focusing on his career and trying to keep busy with jobs. All we know of his private life, really, is that he’s got Portia as his companion for now.

Heaps is probably most known for his role as Ezra Bloom on Imposters. A couple of years ago, there were rumors that there might be a second installment to the original coming out soon. If Heaps is able to reprise his role as Bloom, it might catapult his career even further. We’ll have to wait and see if this ever happens, but so far nothing has been announced just yet.

From just looking at him on television, you really can’t tell just how tall Heaps is. He’s a bit lanky in stature and build, but Heaps is actually 6 feet tall. It’s likely that some of the actors he’s worked with in the past are just tall like he is, but watching him on the screen doesn’t give that perspective. As soon as you stand next to the guy, you realize that he might tower over you–or at least some of us.