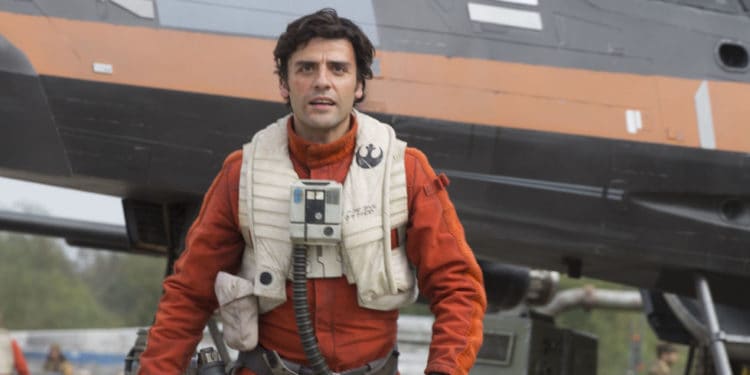 If you don’t recognize Oscar Isaac at this point then you obviously aren’t a Star Wars fan and haven’t been seen at a movie theater within the past decade. Otherwise you’d notice that Isaac has been pretty busy and been rising steadily through the ranks as his career has been hitting high notes left and right after a somewhat mediocre rise that he weathered through. Make no mistake, the man himself is not mediocre, but as it’s been seen when people are trying to reach the top they have to pass through a number of different trials to finally make their mark and become known. In fact when it comes to Oscar Isaac you could say that he’s pushed through several roles that could have tanked his career had he not been willing to get through them and continue his upward climb. That shows just how really determined he is since he’s been around for a while, even if people haven’t always noticed him.

They’re noticing him now, and that makes everything worth it.

Prince John is one of the absolute last people that should ever be in charge of anything. He’s vain, he’s ignorant, and he will do anything to keep the power that he’s gained after his brother’s death. But for all that he’s such a poor ruler that he has to fall back on the fact that he IS king to actually enforce any laws. As despicable as this character is, and he really is, you’ve got to give Isaac props for making him out to be someone that you’d just love to humiliate before pimp-slapping him into submission. Even then it might not work.

So why is that Oscar can play such believable bad guys? He’s got the kind of look that can be warm and inviting, but once he gives someone the dead-eye stare that kind of all goes away and you begin to wonder just what is lurking beneath those dark eyes. How bad can he get in other words? Well, in this movie he gets pretty bad and yet for all that, once the movie is all over, you find out that he’s only one of the bad guys in all of this. He’s one of the worst to be sure, but he’s just another bad guy.

The mad scientist look is something that’s kind of interesting when it’s affixed to him since he brought a level of eccentricity to the movie that’s hard to match. In many ways Oscar can be one of the scariest men alive, but in others he seems like he’d be your best friend so long as you go along with what he’s selling. That kind of tripwire mentality in a character is just spooky since it takes someone that can tap dance across that thing to really make it work. Oscar has been showing us for years now that he’s able to do this and yet still hold our attention all the while. By this time it was more than evident that he was worth our attention and was making his way up the Hollywood ranks.

This feels almost like a trip/slip but not on Oscar’s part. He played it up great, but the appearance of one of the X-Men’s deadliest foes still seems like it missed the mark a bit. The movie itself wasn’t horrible but it did kind of leave some fans wanting a little more. Apocalypse has after all been one of the groups biggest enemies for years, and simply blowing him away with the Phoenix doesn’t seem like it was a fitting end, even if the Phoenix is being shown to be just as tough as she should be.

So far everything has kind of culminated into this current role as Isaac took on the persona of Poe Dameron and made it his own just as the original Star Wars cast did decades ago. He’s cocky, he’s headstrong, and in fact if you wanted to be bold enough to say it he’s kind of like a cross between Luke and Han without the addition of the Force. But Poe seems like more of a natural leader than either man since he’s the type that will willingly throw himself into a battle and not think twice about it. The fact that he has the ear of General Leia Organa doesn’t hurt either, though it’s been seen that he has to defer to her a lot simply because she’s older, knows what she’s doing more often, and has the wisdom behind her to back it up.

Oscar Isaac has come a long way since his beginnings and despite it all he’s been a great actor through everything. So he got stuck in a few movies that weren’t of the greatest caliber, that happens to a lot of actors. It’s whether or not they can be counted as the bright spots in horrible movies that counts. And he’s been shining for a long time now.