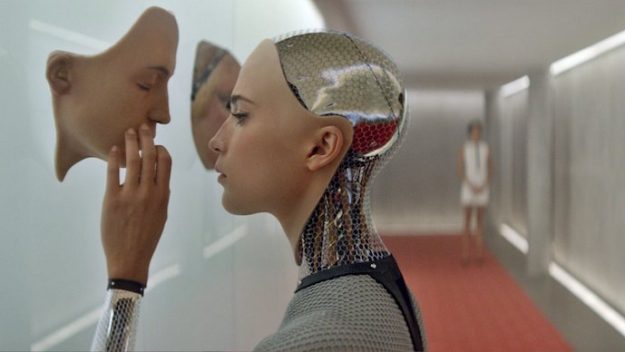 It’s been little quiet on the “Rise of the Machines” segment of this website.  I guess technology with robots has been dormant since our last post that took place a week ago which focused on a machine developed by MIT students that could essentially read minds.   This week we’ve got some news on the cyborg front.  Perhaps the most notable cyborg in cinema is The Terminator, a robot covered in human skin and anatomy.  The robot looks and feels human and even has things like blood, bad breath and plenty of other “human” features.  Today, that type of a being is getting closer to reality.

Researchers at the University of Oxford are making The Terminator a reality. Pierre-Alexis Mouthuy and Andrew Carr, of the Oxford Musculoskeletal Biomedical Research Unit, test medical technology by dressing robots in human flesh. The cyborgs “wear” tissue grafts to help develop artificial muscles and tendons before transplantation.

Engineered in stationary lab conditions, human cells cannot currently reach their full potential; they often “fail to mimic the real mechanical environment for cells,” the scientists said, making them incompatible with patients. Moving humanoids, however, could help develop the implants in a more lifelike way.

“Humanoid-bioreactor systems may open numerous opportunities in medicine, science, and technology, in the spirit of ‘science for robotics and robotics for science,’” Mouthuy and Carr suggested in the latest issue of Science Robotics.

Technically this isn’t the first time that scientists have covered a robot in fleshy material.  Right now scientists are experimenting with humanoid devices to train dentists, advance speech synthesis, and study early childhood development, among other applications.  While all of this is solid in theory, come on man, isn’t this getting a little freaky?  Robotics is a fantastic technology and even experts agree that it has to be “controlled” in order to be successful.  But haven’t the movies taught us enough about this?  Clearly there are going to be rogue scientists out there who aren’t interested in using robotics to improve human life.  They’ll just want to see how far they can take it.

Yes, it’s wonderful to develop new muscles, cure diseases and improve human performance but at some point there’s going to be major consequences.