Home
Television
Rise of the Machines: Robo Lawnmowers are the New Roombas of Cutting Grass 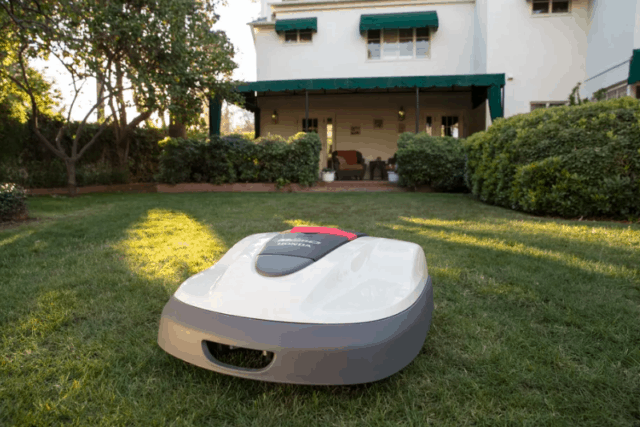 It’s been an extremely long time since our “Rise of the Machines” segment but what better way for it to return than to announce that Roombas for your lawn now exist?  That’s right folks.  If you thought you were lazy when you purchased a Roomba to stop having to vacuum then it’s time to get even lazier because you can buy a robotic lawnmower to cut your grass for you.  A new device from Honda called the “Miimo” is a “set it and forget it” robotic lawnmower that does the entire job for you.  Check out the ad:

According to the ad for the Honda Miimo model, the lawnmower will give you more time to practice your cannonballs, prepare for a barbecue, and overall, let robots take over humanity.But if you think you can pick up one of these bad boys up for the price of a Roomba, think again. According to Country Living, the Honda Miimo sells for a steep $4,299, but there are “cheaper” versions of the robot such as the Robomow for $1,299 and the Worx Landroid for $999.

The Miimo can run for 30 to 70 minutes before having to return to it’s discreet docking station. And if you’re worried about someone robbing your robot friend from your lawn, don’t be – it’s equipped with an alarm that goes off when it’s picked up.