Home
Entertainment
Rip Torn is the Coolest Hollywood Name Ever, But There are Others Too 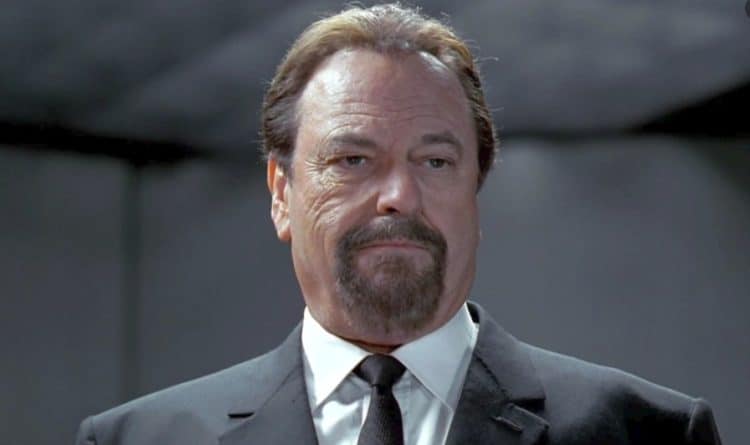 Who other than this guy has or had a great name? Rip Torn is probably one of the coolest guys in Hollywood just based on his name, and on top of that he’s a very good actor that’s managed to gain a lot of popularity throughout the years. He’s been in some of the greatest and not so great roles in many movies and has proven that he can do just about anything that he’s required to do when it comes to making a character work in a movie. His name is something that people don’t forget because it’s simple and it’s fun to say. Come on, just say it a few times and see how it rolls off the tongue, or rather seems to just push its way out out as you speak. Honestly, it’s a cool name.

Here are a few other names that have been enjoyed throughout the years. Not all of them are the names that these stars started out with of course, but it’s how they’re known now.

Normally when you hear this it’s used as a phrase to describe the fact that there’s not much to choose from or utilize in one way or another. But Slim was one of the great old actors that was fun to watch and seemed to have a good time with what he did. If you really need to be reminded who he was he’s the gentleman behind the steering wheel.

A name like Rob Van Winkle probably wouldn’t attract a lot of attention when a person is getting into the rap game and thankfully the name he picked stuck because it’s been how he’s been known ever since. While he didn’t quite make it as a rapper for all that long he’s been a famous personality for quite a while now and has actually amassed an impressive net worth for a one-hit wonder.

He’s known for a lot more than one role but his time spent on the set of The Shining is where a lot of people know him from since he played such a great character. It’s a wonder if he’ll even get mentioned though in the upcoming sequel to The Shining, Dr. Sleep.

In terms of being a star he’s probably one of the biggest but in the US he’s kind of a muted star since he’s so easy to look over in favor of other actors. Still, his name, when it comes up, is hard to ignore because it’s become synonymous with greatness.

Who you think about when you hear this name kind of depends on if you’re a wrestling fan or a music fan. If you’re both then the context is really important since it will help to differentiate just which Sting you’re bringing up.

His name might not sound that great in comparison to others but it certainly made many people go crazy when they heard it back in the day. He was one of the most iconic singers to ever grace a stage and even now his name is said with reverence by a lot of fans.

Some people still credit Yoko with the breakup of the Beatles but, and I’ll take cover as I say this, the Beatles were already breaking apart by the time she arrived and there wasn’t much hope left that they’d be able to reclaim their former glory. That being said however, her name has been the subject of many a joke following her singing, as in Yoko “oh no”.

His name was really more of an oddity when people learned that Charlie Sheen was his brother and Martin Sheen was his father. But when you learn that his father’s legal name is Ramon Estevez and Charlie’s is Carlos Estevez it paints an easier picture for everyone to see.

Just saying his name is tough for most people and some have even taken to giving him nicknames so as to remember him that much easier. He’s been one of those stars that has come forth in a big way in recent years and is still a big part of the MCU at this point. Considering his level of talent and unique look it’s not much of a wonder just why they would keep him around.

Strange names tend to get a lot of attention in Hollywood and eventually become less strange and much more popular.