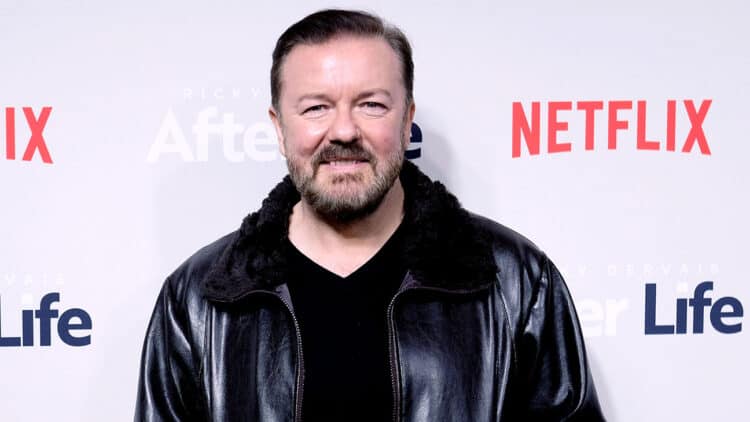 It would appear that many people tend to forget that changing with the times means developing a different and heightened sense of humor, not to mention a thicker skin. One thing that needs to be remembered when it comes to humor, and this point is quite universal, is that comedy will envelop everything within its scope and find a way to make fun of just about anything that can be used to tell a joke. That does happen to include anything and everything within a given society that is seen as up for grabs when it comes to comedy. Many comedians know how to fashion their act around one subject or another to respect or avoid offending many people that don’t find their brand of humor, or their choice of subject, acceptable. But then some are fully ready to push ahead and disregard the idea that several subjects are taboo and don’t need to be used in a comedic manner. Ricky Gervais is one of those since he tends to cross the unseen line that many in the LGBTQ+ community tend to draw when it comes to their lifestyle and beliefs.

Plenty of people do feel that using the community and its various aspects shouldn’t be used as a punchline, but the issue with this is that comedy doesn’t have as many boundaries as many people might want to think. Much like any form of public expression that has been used from one end of the world to the other, comedy needs to be able to stretch from one horizon to the other to encompass one part of life or another. If a person is told not to write about something because it might harm someone’s feelings, the result is roughly the same: that subject will be written about, sometimes just to spite those that feel that their way of life is immune, or should be, to public scrutiny.

What is truly amusing is that people who believe that their own lifestyle shouldn’t be opened up for the world to see and used in one way or another to provide entertainment, amusement, and information, will sometimes go on the attack and target those who are doing them no intentional harm. The Netflix special that Gervais put on, SuperNature, is the type of show that people are going to laugh at since Gervais even points out that he made a clear point of what irony is, and in an interview made it clear that out of all the taboo subjects in the world, most people will laugh at all but one of them; the one being the subject that pertains to them. In other words, this means that some folks simply can’t find it in them to laugh at themselves and their own lifestyle and shrug it off as what it is: a joke. There’s no minimizing of one lifestyle or another, but given that jokes about trans folk and the LGBTQ community are just that, jokes, it becomes easier to see that there is a common thread here that goes “jokes against thee but not against me”. Whether that’s a coined phrase or not is kind of irrelevant, given the fact that there’s no call to violence in Gervais’ words, there’s no real, concrete harm done.

While those who are a part of the LGBTQ+ community might say otherwise, there are plenty among the community that would agree that jokes are jokes and that Gervais is not condoning any violent acts that are committed. The unfortunate fact is that the nature of his jokes is bound to point him, as well as others, as scapegoats that are the cause of the ills in their lives. There’s no attempt or effort to marginalize the lives of anyone, but if a person can’t find a reason to laugh or at least understand why humor is important, then it’s best to look away and not worry too much about matters that aren’t meant to harm anyone, but to bring a bit of humor to the world in a method that is not meant to harm but is meant to allow self-expression. It’s amusing to note that those who lash out verbally against those such as Gervais are ready and willing to call out his character and label him in the vilest ways. But ironically, they won’t look at their own behavior.

Humor isn’t always nice, and it’s not always as respectful as people wish it to be. But what needs to be remembered is that like anything else in this world, it’s a freedom of expression that people are allowed to exercise. Not everyone will agree that this type of humor is needed, or particularly funny, but a lot of us will tend to disagree because if one can’t laugh at life in one way or another, then it becomes a little more pointless and far too restrained.