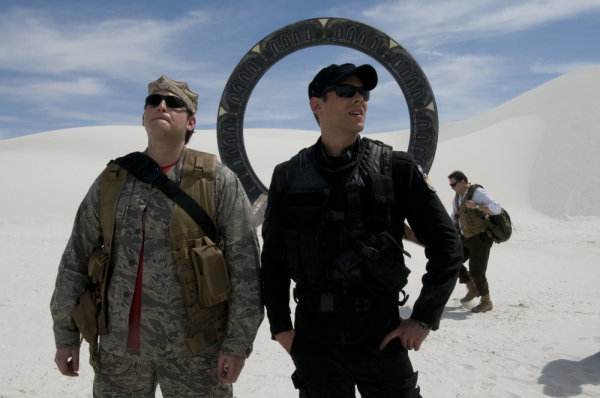 It is typical, and perhaps expected, for a series to take a slight dip in quality after its premiere. The premiere, after-all, is expected to be the show’s only – and therefore best – shot at sealing the deal with potential viewers. This is not the case with Stargate: Universe. The first post-premiere entry into SyFy’s new Stargate series feels more like a breathless continuation of the mounting mytsery, danger, and dramatic depth of Universe’s first two hours. A bitter pill for the early detractors that eyeballed Universe’s sophisticated sensibilities as a change of clothes borrowed from the mainstream closet. With “Air”, Stargate: Universe continues to be a trailblazer both for the franchise and for SyFy in general, albeit a very familiar one.

There is something to the argument that Stargate: Universe has ‘borrowed’ structurally from some of the more successful serial dramas of recent years. Shades of LOST, Battlestar Galactica, Farscape, Star Trek, and of course SG1 and Atlantis, permeate every beat of “Air.” On closer examination, as with the premiere, those comparisons quickly become academic. Stargate: Universe isn’t a copy-cat as much as the result of earnest study of craft. Nobody can claim domain to good ‘story’ no matter how much we suss out every chromosome of the great archetypal ‘plots,’ but the SGU writers can certainly claim to be masters of commanding the craft of epic adventure.

Story wise, I don’t want to give away too many details of “Air” since it airs in just a few hours. As you saw last week, the hole in 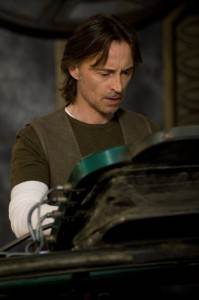 Destiny has been sealed – at the cost of one United States Senator – and the problem facing the Destiny-nauts is the organic depletion of air. “Air” picks up hot on the heels of that problem, with the Stargate auto dialing a nearby planet which may or may not have the means to fix the problem.

As far as alien worlds go, SGU’s first planet is a bit of a statement. It’s pretty much a blank slate. A bone dry desert world, featureless save for the ebb and flow of windblown dunes. For all it lacks in visual excitement the planet becomes an excellent backdrop to display the dramatic chops at work on SGU. Whether it was intentional or not, this sort of minimalist locale creates a sense of bleakness that contrasts remarkably with the intense character struggles.

In the general population, the device of the thought stones rules the day with both Col. Young (Louis Ferreira) and Chloe (Elyse Levesque) spending significant time riding around in other people’s bodies. Probably a huge relief for Col. Young, who is still significantly injured – a fact all but ignored by Col. Telford (Lou Diamond Phillips) who Young swaps bods with.

Bottom line: With “Air”, Stargate: Universe comes even further into its own, proving that it has what it takes to occupy Battlestar Galactica’s old stomping grounds. Time will be the real judge, but as of episode 3 SGU continues to be schedule-yourself-in-ink programming. 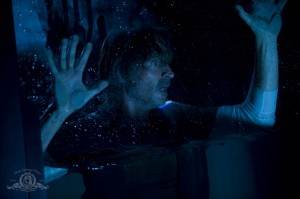 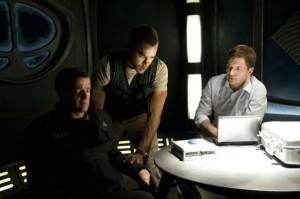 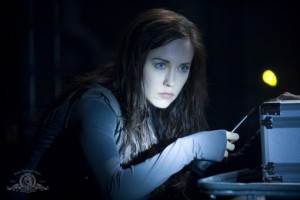 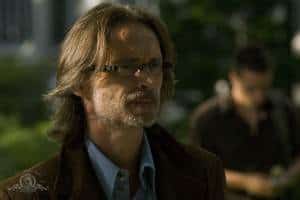