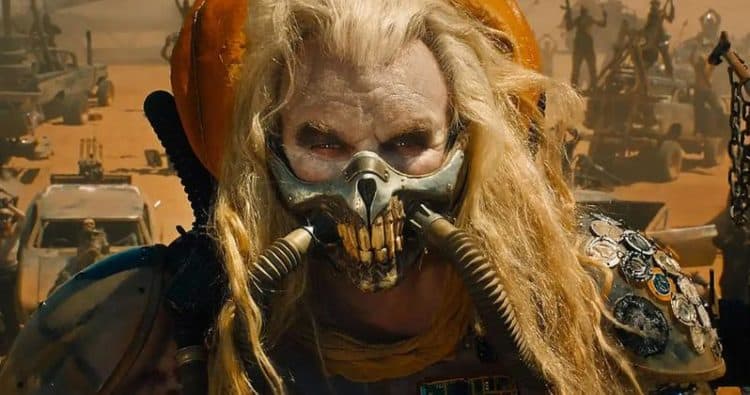 It’s not every actor that gets to come back to a franchise in a different role, though it’s happened. Hugh Keays-Byrne actually helped to kick off the Mad Max movies as Toecutter, though one thing that the director regretted for a long time was the horrible American accent that was used for his character. But Hugh did come back to play Immortan Joe in the movie Mad Max: Fury Road, and while there’s definitely some argument to be had on how effective this part was, some people enjoyed Hugh in the role. Mad Max did kind of kick him into high gear when it came to post-apocalyptic movies since he would go on to star in several more and would even get into science fiction movies as well later on. It’s almost as though the Mad Max movie shifted his interests towards those stories that featured a good number of those that were down on their luck and lived in a rather chaotic world where just about anything went so long as one was strong enough to enforce their will. Had Joe been the only villain in Fury Road it’s kind of easy to see how that would have been troubling since he was kind of sickly individual that really needed the people around him to help maintain control of the society he’d created, otherwise it’s likely that the character would have been seen as a poor leader.

Sadly, Hugh passed away recently at the age of 73, after a long and fairly successful career that didn’t see him gain any great and noticeable standing among anyone but the fans of his work. Sometimes that’s more than enough since being able to touch anyone’s fancy these days is likely to be good for some folks since it means they’ve done their job. The thing about this is that unless one is a diehard fan of the Mad Max movies it’s very likely that few people knew that the same man that played Toecutter turned up later on to play Immortan Joe. This is one of those many trivia bits that a lot of people don’t realize until someone does some digging and makes it known to a wide number of people. But to be certain, Hugh did have a career that was kind of interesting when one takes a look at the projects that he took on before and following Mad Max. He did take on a few roles in which he was fairly well known for his character, but apart from that, there are many performances that would likely be known by devoted fans and few others.

Hugh retired in 2015 it would appear, no doubt having reached a point in his life where he might have been asking himself if it was worth going on or if he’d had enough and simply wanted to rest. Given the fact that he was in his late 60s at that time, it could have been that his health was in question as well, since many people that bow out of acting do so either to spend time with their family or because their body simply can’t put up with the continued strain of their work. There are many other reasons why people retire from acting, but rarely is it simply because they want to, as many actors will continue forward well into their 70s and beyond if they’re physically able. Many believe that Hugh was underrated and didn’t get enough credit, and they could be right, but it could be that his body simply wouldn’t allow him to keep working the way he did, though this feels like a reason that would almost beg for further details. As of now though, Hugh is bound to be remembered for his last big role and, as a result, the first time he stepped into the story of Mad Max. Unless there are those that will gladly remember him for other roles that he took on during the long course of his career, these two characters will be remembered the most since they made the greatest impact on the audience and therefore were seen as the best characters that Hugh had ever played.

To think that someone can create a career that lasts this long and sees these many successes and still be thrust into the background makes the acting profession look like a very unfair place. But the reality of it is that some actors are content with not being in the spotlight at all times, no matter how strange that might sound. To those in the audience, it would appear that every actor wants to be the best, to be noticed in a manner that will outshine everyone else. But there are plenty of actors that stick with the profession simply because they love it that much. Hugh will be missed, there’s no doubt of that.