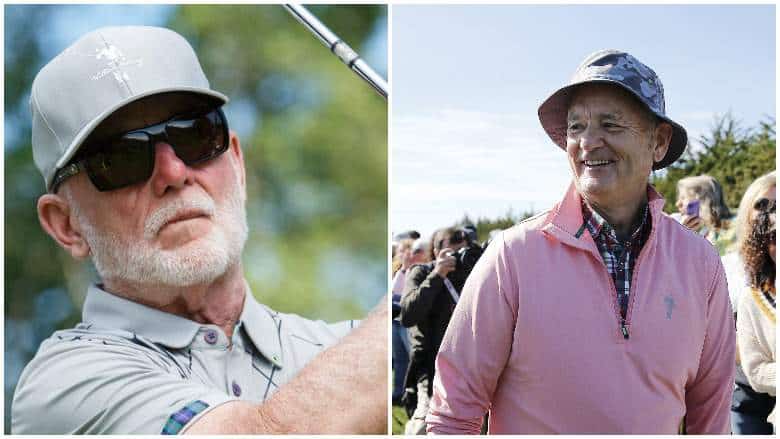 One thing to remember when it comes to Ed Murray goes beyond the fact that he was Bill Murray’s older brother since he was also the inspiration behind Danny Noonan, the lead character in the movie Caddyshack, which is still hilarious since it wasn’t just written by one of the Murray brothers but also starred Bill Murray and was more or less inspired by Ed’s life since he was a caddy at Indian Hills Country Club in Winnetka when he was 10 and did win a scholarship that was for caddies. If anyone remembers the movie, and hopefully a lot of people do, Danny Noonan was trying to gain a scholarship to college as well and was trying to do everything he could to win over the character that Ted Knight was playing. Obviously, Ed’s story was inspirational enough that it brought about something that became a classic after a while, so it’s easy to think that he should be remembered along with the Caddyshack movie in a big way. Due to the fact that the Murray’s are big into the golf scene and even have a chain of Caddyshack restaurants that brothers have partnered to keep running. The upside is that Ed managed to experience this life with his brothers at his side for a while and he did get to see his family do well throughout the years. Sadly, being the eldest sibling means that one day time is going to catch up with you, and the one hope that anyone can have is that their family will remember them fondly in the days to come.

That’s not likely to be a problem since it sounds as though whatever typical issues the Murray family is bound to have that many families the world over tend to have, they were still close and they were still able to enjoy one another’s company. The fact is that he was the one that got his family into golf and it’s something that changed their lives for the better since his brothers went on to become caddies as well and it’s a point of pride with the lot of them since golf became a big thing in their family and has been something they bonded over early on and shared over the years. With some families, this never happens, and with others, they’ll bond over one thing and have next to nothing in common, which is saddening since it means that families can go months or even years without seeing each other. But the Murray brothers appear to have stayed pretty close since they had a very strong bond that kept them together and allowed them to enjoy one another’s company. It’s reading something like this that reminds a person that Bill Murray is currently entering his 70s, meaning he’s not a young man any longer and is getting on in years. The fact is that Ed and Bill came from a big family that could have easily split apart had things not been as tight as they were. It does sound as though the Murray brothers’ lives were a big model for the way that the Noonan household came to be shaped in Caddyshack, and that his experiences in the caddy position were wild enough to inspire the movie in a lot of ways.

Obviously, the movie is a lot of fiction and only a few things ever really happened in that manner, but the idea that it was based on the life of a real person is interesting since it speaks to the life and times of a person that actually existed, even if it’s all fictional. But Ed apparently did have his time on the film set as an extra, which is extra cool since it speaks to the respect he was given as the person whose life inspired the story. It’s sad to hear that anyone has passed, and this year has been rough on a lot of people and the entertainment industry in a lot of ways, not the least of which is the loss of those that have been thoroughly enjoyed by so many over the years. While Ed wasn’t a well-known actor he was connected to a living legend and he was important since he was in business with his brother and was a basis for one of the greatest movies that have ever been created, so losing him is another tragedy that’s bearable but definitely deserves the attention and respect that one would give anyone that’s passed away. The number of people that won’t see the end of this year is tragic, and the manner in which some have passed is instantly regrettable, but the least we can do is say that they’ll be missed and be sincere about it, and then move forward as many of them would tell us to do.