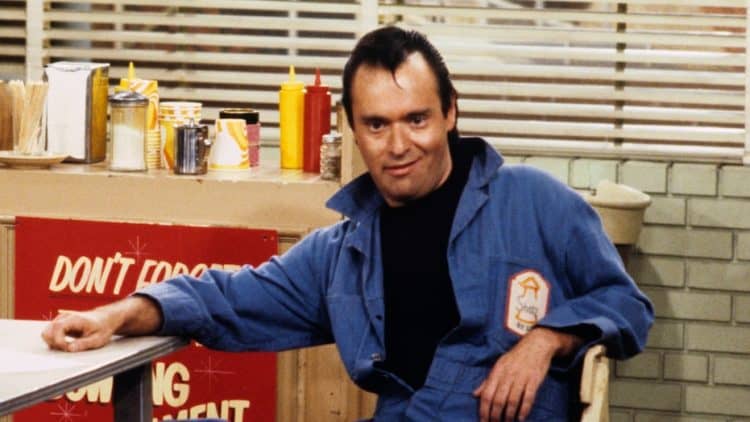 Those that are asking ‘Who is David Lander?’ are killing me, but it’s easy to understand that those from current and recent generations might not be up on who he is simply because the actor did belong to a different generation no matter that kept on acting until 2017, taking on more voice roles than anything through parts of his career while during his prime he maintained a steady presence on TV and in movies, no matter that some of his parts were a bit short. Lander was one of those rare talents that didn’t need to be on screen as much in order to be remembered since his nasal voice and slightly annoying act were a huge part of his charm and allowed people to remember him in a big way that helped to define his career. He wasn’t one of the biggest stars to ever come out of Brooklyn, but it’s safe to state that he was one of those that a lot of people couldn’t help but remember for a number of reasons since whether a person liked him or not he made an impression that lasted for a good long while since even to this day there are some lines that simply can’t be forgotten. While some of us will remember quite a few of the roles that he took on during his long and successful career, the clip below kind of sums it up for those of us that have been entertained by his antics for years.

Without a doubt, his time with Michael McKean on Laverne & Shirley gave rise to one of the best performances of his entire career since the role of Squiggy is going to be one that will continue to be remembered in cinematic history since the character was uniquely annoying and was at times the bane of Laverne and Shirley’s existence since he and Lenny were always around, even if no one happened to want them there at the moment. The two men played the perfect duo for the show that could offset the titular characters and were ridiculous in a way that suggested that they’d been written up just to bedevil the two leading ladies while at the same time supporting their act in a way that was kind of like a yin and yang style of acting since Laverne and Shirley without Lenny and Squiggy would have been kind of awkward at that time, or so it feels.

Obviously, this wasn’t the only role that Lander ever took on since his filmography is quite full of entries, many of which a lot of people will likely recognize. He even had a short two-episode stint on one of my personal favorites, Married…With Children as Eli, a fast-talking individual that knew Al Bundy from the old days and could get Al to do pretty much anything by betting that he could or couldn’t do it. It was hard to miss Lander in any role since his voice and his mannerisms were usually pretty close to the same for each character, but as it happens with several actors, this was perfect since it gave the fans what they wanted to see from him, a character that was kind of a sleaze in a way but could have also been a decent person for all we knew once we got past the feeling that he was kind of a huckster. That’s the talent this guy possessed since many of those that worked with him could attest to his talent and his work ethic since he was a writer at one point and was heavily invested in his own characters as well as those around him. Things on the set of Laverne & Shirley weren’t always perfect, but the cast did what they could quite often to keep things rolling.

Fans will no doubt recognize that Landers went on to star in other projects as well, since he was the announcer in A League of Their Own starring Geena Davis, Tom Hanks, Madonna, and many other talented individuals. This was one of the several roles in which he wasn’t seen to exhibit his Squiggy-like behavior, largely because he was there for one particular reason, which he fulfilled quite well since his play by play calling was entertaining and worked for the moments in which it was needed. It might be noticed that his time in the business slowed down a bit in the 80s, but not so noticeably that people suspected anything. He was diagnosed with multiple sclerosis in 1984 but didn’t tell anyone until 1999 when the condition had worsened. He even wrote a book detailing his life and how he’d been dealing with MS, and the title was rather fitting since it contained a bit of whimsy that made it clear that as serious as it was, Lander wasn’t letting his condition stop him. That’s the kind of inspiration that people need more often than not, and while he’s gone he’s not going to be forgotten. Rest in peace sir, you’ll be missed.