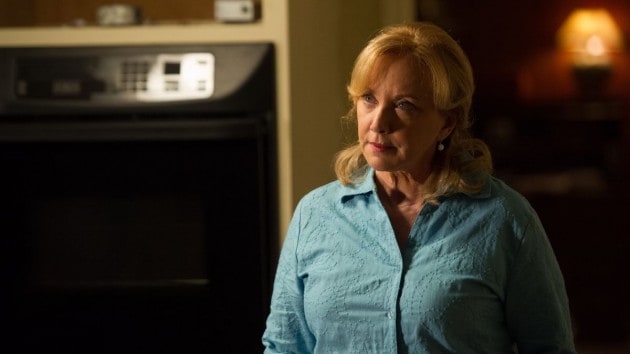 It’s not often in Rectify that you maintain a positive attitude throughout a whole episode. Though the show is wholly representative of real life, and nothing is unrealistic within it, sometimes it can be heavy. This episode however, had sort of an optimism to it, in a strange way. Really, there’s never much of an overtone with Rectify. It doesn’t have attitudes so much as it just…is. But, I left the episode feeling relatively positive about several of the plot points, so I guess that’s a start, right?

This week on Rectify: Teddy and Tawney’s counseling isn’t going well. Melvin was overridden by the tenants, who have pushed Daniel out of Amantha’s apartment. Sheriff Daggett is suspicious of Trey Willis, and not Daniel, in the death of George Melton.

“The Future” was a moving episode. There was so much emotion (both good and bad) that it evoked. While everything about Rectify is emotional, I thought this one packed a particular punch. It started with the background music. As each of these little scenes unfolded, you could tell that it was brewing and boiling because the music was building. It was a wonderful underscore, and perhaps the best one that the show has used yet. For me, music evokes emotion, so I’m certain that the music built a special connection with me from the get-go.

Through the run of the show, I’ve always seen Sheriff Daggett as fair. JD Evermore is doing just a wonderful job portraying him. What I truly admire about the character is that he does not have an agenda. He’s not trying to become Senator from District Attorney. He just wants to make sure justice is served. I could see the surprise on Daniel’s face when Daggett said he wasn’t a suspect, but it was such a wonderful moment. As soon as the pressure was off Daniel, he was a helpful and willing source of information. It was so incredible to watch actions be played like this with very subtle and nuanced changes in direction, but this scene was maybe the best example so far.

My favorite scene, though, goes to the kitchen scene with Janet, Teddy, and Ted. First, there’s beautiful silence. I will never, ever get over the masterful use of silence on this show. It’s absolutely riveting. Then, building on the silence, only Janet speaks. She knows that Daniel has been run out of Amantha’s, so she informs Theodore and Theodore Junior that Daniel will be coming back home. What followed was one of the best monologues I’ve seen on television this year. J. Smith Cameron is wonderful, isn’t she? I just thought she was fantastic. That monologue acknowledged all of the hurt and confusion and rejection that Ted and Teddy have felt since the start of the show, but it also vilified Daniel’s. There was so much in this episode that pointed toward Daniel dealing with hurt and pain, and I really appreciated the acknowledgement. Some episodes are meant to pull your sympathy from Daniel, but this was a beautiful one on the other side.

What I’m really curious about is what happens in next week’s “super-sized” finale? I have an inkling that Daniel, for one reason or another, does not make it to Tennessee. I’m a little worried about Janet. Trey is going to have just enough time to make up a lie that makes sense (I know he didn’t kill George, but I SO would not be mad if he went away for it). Teddy does something that pushes Tawney away. These are pure speculation, of course, but I can’t imagine them too far off. Of course, this show always turns out better than I could ever possible imagine. Beautiful. Simplistic. Rectify is one of the best shows you’re not watching. So you better…er…Rectify that.