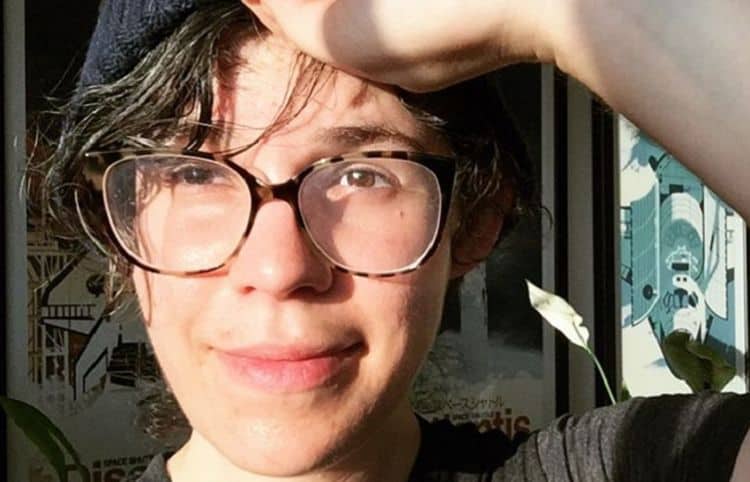 I am a firm believer that everyone in this world has a gift, a form of genius that allows them to be an impact in the world. Not everyone has the same genius, but they have equal potential to influence the world. Rebecca Sugar is a great example of this genius I speak of. Where most people think of Hollywood influencers as movie stars, producers and directors, Rebecca represents the unsung influencer that is vital to the success of all others. She is a director, producer, screenwriter, songwriter, but most importantly, she is a world-class animator who created Stephen Universe, which is an accomplishment that makes her the first women to independently create a series for the Cartoon Network. To say that she is talented is simply redundant. She is extraordinary.

There is a chance that you do not know much about Rebecca, so I decided to give you 10 facts that will help you become more familiar with her.

1. Steven Universe is Not Her First Creation

While the world is discovering Rebecca Sugar primarily through her breakthrough series, Stephen Universe, this is not her first creation. Long before creating Steven Universe, Rebecca created a short titled for Cartoon Network entitled “Singles.” She has been spreading her wings and expanding her creativity ever since.

2. She Even Does Voiceovers

For the longest, people never gave much consideration to who was doing voiceovers for animations. But it may have been Eddie Murphy in Shrek that caught the attention of the world, causing them to ask who was doing a voiceover for a particular person. In addition to her other talents, Rebecca has also voiced on “Adventure Time” as Marceline’s mother.

3. She Loves to Help Others in the Industry

In addition to staying busy on her own projects, Rebecca often finds herself helping others in the industry with ongoing projects. For instance, she was instrumental in the development of “nockForce,” a series created and developed by Jim Gisriel and Ian Jones-Quartney. She helps develop the background and characters.

4. Steven Universe Is Inspired by Her Brother

5. She Created a Comic Strip in School

Rebecca is a graduate of the New York School of Visual Arts, and while attending she created an entire comic strip entitled “Don’t Cry for Me, I’m Already Dead.” The title, alone, is expressive of her great range and creativity. Who is thinking like that at that age? Obviously, Rebecca.

6. She Was Vital in Hotel Transylvania

If you have kids or grandkids, then you have probably followed the Hotel Transylvania saga. Okay, I will be honest, kids or not, I’ve watched it an enjoyed it. Rebecca played a vital role in the development of this creation. She storyboarded some of the scenes for the original. I am not sure if she was involved in the sequels or not.

7. She Created Simon and Marcy

8. She is a Songwriter

In addition to storyboarding and creating complete series, Rebecca is also a gifted songwriter. In fact, she wrote “Everything Stays,” a song for Adventure Time that was performed by Olivia Olson performed on the same mini series, Stakes.

9. She Is No Longer a Hidden Commodity

Rebecca is quite accomplished in her work at this point in her career. It can no longer be said that she is a hidden gem in the industry. She has Primetime Emmys, Annie Awards, and she has been featured in Forbes magazine in its 30 Under 30 feature back in 2012. She is definitely making things happen.

10. She Illustrated the Cover of True Romance

This might be the most mentionable fact of all. British singer, Estelle has taken the world by storm with her smooth voice and stage presence. Even Estelle’s team was aware of the immense talent of Rebecca Sugar, commissioning her to illustrate the album cover for Estelle’s album True Romance.