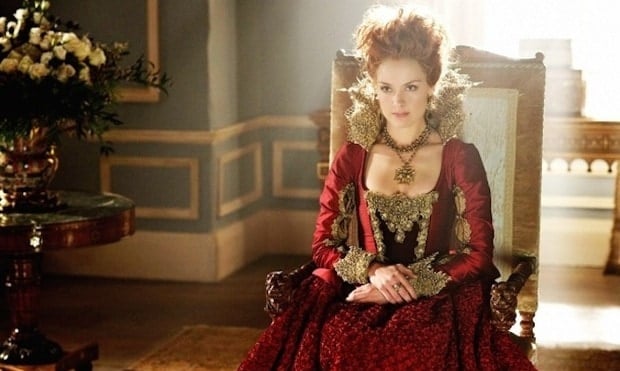 Rachel Skarsten is a Canadian actress best know for her roles in TV series such as Reign, Lost Girl and Birds of Prey, and her work in films like Fifty Shades of Grey and Molly Game’s. In 2019, she hit the headlines once again when The CW announced her casting in the all-star line-up of its upcoming TV series, Batwoman. With comic book fans and TV devotes already waiting in hot anticipation for the launch of the superhero series later this year, it’s fair to say Rachel Skarsten is a name we’ll be hearing a lot more of over the coming months. Prepare yourself now with these 10 fast facts about the up-and-coming star.

1. She trained with the Royal Academy of Dance

According to her IMDB profile, Rachel trained in dance with the Royal Academy of Dance for 12 years. Despite showing early promise in the art (earning her Elementary Level with distinction in 1999), Rachel’s dreams of becoming a professional ballet dancer were shattered after she sustained a serious injury to her ankle. Despite being unable to dance, Rachel continued to find opportunities to perform thanks to her place at the Claude Watson School for the Arts, at which she majored in visual arts.

After an ankle injury put paid to her ambitions of becoming a dancer, Rachel sought solace in sport. During her high school years, Rachel played as a goalie at the highest level of competitive female hockey. In 2002, her skills on the pitch saw her lead the Leaside Wildcats of Toronto to victory at the Toronto City Championship during a shootout. These days, she keeps fit as a keen trampoline athlete.

3. Her first major role was on Birds of Prey

After featuring in a few minor projects such as Twice in a Lifetime and Screech Owls, Rachel landed her breakthrough role in the 2002 WB series Birds of Prey. In the series, Rachel played Dinah Redmond, a metahuman with telekinetic abilities. The show, which aired for a 13-episode run between 2002-2003, showed early promise but was canceled after just one season following a sharp fall in ratings. The show’s demise wouldn’t spell the end for its young cast’s friendship, and in 2015, Rachel was reunited with former screen buddies Ashley Scott and Dina Meyer at the Hollywood Show at the Westin Los Angeles Airport Hotel.

After the disappointing and premature cancellation of Birds of Prey, Rachel retreated from acting to complete her studies. The actress proved just as talented in the classroom as she’s subsequently proved in front of the camera: after graduating in the top 10% of her class at Earl Haig Secondary School and being named an Ontario Scholar, Rachel secured a place at the renowned Canadian Queen’s University, from which she graduated with a double major in English literature and Classical History in July 2005.

5. She’s set to play a baddie in Batwoman

In February 2019, The CW announced the line up to the hotly anticipated TV series, Batwoman. The show will see Australian actress Ruby Rose take the lead role of Kate/ Kane, while Rachel will take the supporting role of Alice, the slightly unstable leader of the Wonderland Gang. Fortunately for Rachel, her casting didn’t meet quite the same negative reaction as fellow actor Ruby Rose’s: after the public took to social media to voice their less than favorable thoughts on the decision to hand Rose the lead, the Australian actress removed herself from Twitter and disabled public commenting on her Instagram account.

Thanks to roles in such long running series as Lost Girl and Reign, Rachel has acquired quite the respectable fortune over her 21-year career. According to Idol Net Worth, the rising star is worth an estimated $1.2 million. With 2019 already off to a good start with her casting in Batwoman, it’s a fortune that’s only set to grow.

Rachel is more than just a talent in front of the camera- she’s also a gifted linguist. The up-and-coming star can thank her parents for her gift: the Canadian may have been born in Toronto, schooled in Ontario and displayed a very impressive English accent as Elizabeth I in the TV series Reign, but her heritage is actually a mix of English and Norwegian. Her Norwegian inheritance (and fluency in its language) comes courtesy of her father, Stan. Her mother, Mary Aileen Self, is a Canadian of English descent.

8. She was discovered at her father’s memorial

Rachel’s start in the industry came off the back of a personal tragedy. The actress’s father, Stan, passed away from cancer when Rachel was just 9 years old. While she was singing at his memorial, she was spotted by an agent who, impressed with her talents, asked whether she would be interested in auditioning. “I didn’t have enough money for a portfolio and she said, “You know what, that’s fine, just go.” I went, and it was a Honeycomb commercial, and I got the part. I thought it was pretty cool so I kept doing it sporadically, and here I am,” Rachel revealed to journalist David Richardson.

Rachel is almost as mad about animals as she is about acting. The committed vegetarian has dedicated herself to numerous animal welfare causes over the years, and firmly believes we all have a responsibility to do our bit to ensure their conservation: “Whether it’s large scale like working with Sea Legacy to preserve our oceans, or small scale being a vegetarian and adopting senior animals from shelters, it is an enduring passion of mine that permeates every aspect of my life,” she shared with we are LEONE. “I just think we all need to be aware we share this planet, it’s not just ours.”

10. She’s active in the community

Along with her commitment to animal welfare, Rachel is doing her bit for the human community as well. In addition to her work with the Children’s Book Bank and Nightlight, Rachel is a board member of the Nyantende Foundation, a Canadian non-profit that she established alongside her brother Jonathan in 2010. Rachel has described meeting one of the young men the charity has helped as one of the best experiences of her life. “It was one of the most beautiful moments of my life,” she told We.org. “That’s what’s so exciting about kindness in any way. No other accomplishment–nothing–can give you a high like that.”