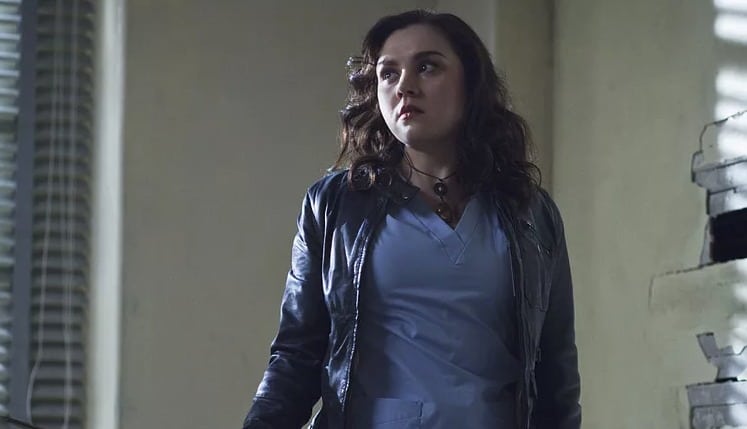 It’s always kind of sad when an actor has to bow out of doing what they love due to one thing or another. Rachel Miner had a promising career ahead of her until a diagnosis in 2010 kind of blew her chances of proceeding any further out of the water. She hung in for a while but considering her illness it’s not entirely feasible for her to keep going as she was. While a few of her bios might say that she’s still acting the truth is that she’s been out of the game and is still engaged in activism while not being able to go as hard as she used to. Watching any actor be taken out of their career by such a thing is not easy since there’s always going to be the what-if that will leave people wondering if they could have been something great in the coming years or if they would have maintained their current status.

Rachel only stands at 5’2″ which is below the average for a woman. To those are of average height she’s not all that short but to anyone that’s nearer to six feet tall she’s kind of diminutive. In a world where a lot of people tend to reach closer to the six-foot mark anything close to five feet is kind of short.

This is what makes her exit from acting a little more tragic considering that it was a dream for so long. The upside is that she did manage to get her name in the credits more than a few times and she did get to live out her dream for a while until she couldn’t do it any longer.

8. She was married to Macaulay Culkin.

Yes, someone actually married the kid from Home Alone when he got old enough, but it didn’t last too long since they divorced in 2000. Considering that a lot of people lost track of Macaulay after he grew up it’s not too surprising that a lot of folks wouldn’t have known about this.

This just means that she has a home on the east coast and a place on the west coast that she uses when she needs to for work. It might be nice to have a home on each side of the US but it also seems as though it might be a lot of expense that many people wouldn’t want.

6. She was diagnosed with multiple sclerosis in 2010.

If you’re not aware of what this is or don’t fully know what happens this is when the immune system begins to eat away at the protective covering of nerves in the body, creating such symptoms as fatigue, intense pain, vision loss, and even impaired coordination. She didn’t make it known that she was going through this until 2013.

5. She had to leave an acting role because of her MS.

You can imagine that trying to shoot a movie or even an episode for a TV show isn’t bound to be easy when you’re forced to endure a loss of vision or intense bouts of pain or sudden fatigue. This creates a very dangerous and untenable working condition that is not sustainable.

4. She didn’t feel as though she fit in with people her age.

This is fairly common among some people as they don’t tend to associate with others their own age and tend to feel more comfortable with different age groups that either offer them what they’re missing or simply connect with them on a much deeper level.

3. Her marriage wasn’t a well-thought out process.

She even admitted that she and Macaulay were using their hearts instead of their heads when they got married, meaning they hadn’t though out everything and might not have gotten to know each other as well as they should before they tied the knot. Marriage isn’t something you simply leap into after all, it’s often best to actually get to know the person you’re going to spend your life with in order to understand who they are and if you can live with them.

2. She was in Penny Dreadful.

Talk about your creepy movies. Penny was traumatized at one point after surviving a car crash, and as a way of getting her over this her therapist takes her on a car ride. The only problem is that she picks up a hitchhiker that then proceeds to torture Penny and kill several people in the process.

1. She was in The Black Dahlia.

The Black Dahlia was a horrible murder case during which a young woman was disfigured and dismembered, a truly graphic death. But aside from this, it became one of the most notorious and sensational murders every committed.

It’s too bad that Rachel had no choice but to retire, as she was no doubt an actress that could go a lot further.