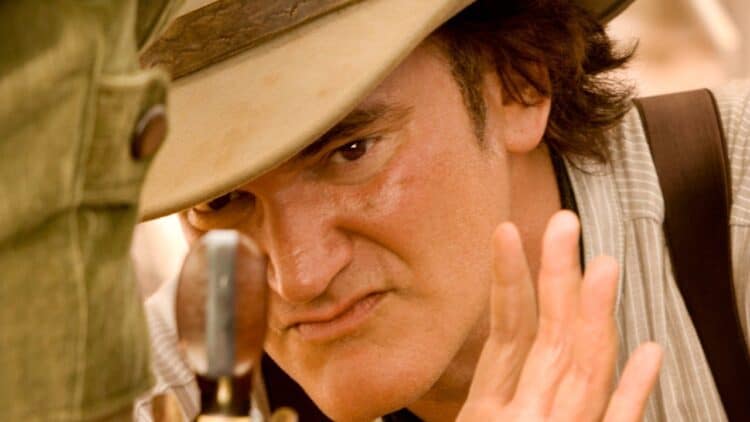 Here’s one big issue with A-list directors, especially when they don’t get their way, too many of them have become divas that hold grudges and don’t appear to understand that competition is going to be a tough thing to deal with at times. But when things go their way, everything is fine, the world is balanced, and they don’t feel the need to gripe about anything. And every now and then, when they see a company they don’t care for doing well over and over while they’re deciding what to do next, they decide to bring up old grudges. The funny thing about Quentin Tarantino is that he fits this mold quite well since when things are going his way and everything is working the way he thinks it should, he doesn’t have much to say. But if things start turning in a direction he doesn’t like, whoa boy. The world ends, he can’t cope, and he feels the need to say how he’s been treated wrongly, at least until someone reminds him that he’s an ‘A-list director’ and has no real need to feel offended when he can come up with one story after another that will blow people away.

It’d be great if the sarcasm was easier to show when writing, but the main point here is that Tarantino, for all the greatness that’s been heaped on his name, still acts a bit immature at times, no matter if someone does actually wrong him or he simply perceives it in that manner. The guy is skilled and has made it known throughout several movies, but holding a grudge because Disney pushed a movie to remain in the theaters seven years ago, thereby limiting the run of his movie, The Hateful Eight, is childish in a way that begs further explanation. Next to Scorsese and several others, Tarantino has become another detractor of Disney whose argument makes little to no sense.

Trying to imagine if the situation were reversed is kind of amusing since it feels that if Disney execs and directors were the ones crying and pouting over Tarantino and Scorsese’s movies getting more exposure, it’s fair to say that Tarantino wouldn’t care one bit about it and would offer an explanation that might make the Mouse House folks look petulant as hell. That is kind of funny, how people tend to talk the loudest when things aren’t going their way but become rational and calm when they’re standing on the high ground speaking down to others. In other words, despite all his success, the fans, and everything that’s come with it, Tarantino still comes off as a very insecure individual when it comes to anything challenging his work in the least bit. The fact that he’s stated that he was wronged by Disney is kind of entertaining to be fair since throughout the years, the movies that he’s taken part in, directed, produced, and written for, have all experienced a healthy following that still makes a lot of fans beam with pride when they proudly state that the love his work. But the moment he starts sounding like an entitled individual is the moment that one feels the need to remind him that there still is such a thing as competition in Hollywood, and it’s not always fair.

One would think that Tarantino had already come to this conclusion a long time ago, but it would appear that the Doctor Strange sequel sparked another round of comments from Tarantino, triggering the director in a manner that loosened his jaw and allowed him to speak out against the Mouse House once again. To be fair, everyone has the right to say what they want, and Disney isn’t perfect to be certain. Plenty of people have their own gripes when it comes to the fact that Disney manages to knock a lot of people out of the box office time and again. But considering that a lot of those directors that love to talk their noise can land on a pile of cash brought on by past successes, it’s tough to feel even a grain of sympathy for them. It’s like someone winning the gold at the Olympics in one out of three competitions complaining because they couldn’t win it all.

Granted, Tarantino might not want it all, but the fact that he has the temerity to keep popping off when he has no dog in the fight at this moment is enough to make a person shake their head and wonder if he’s going to dry his eyes with a one hundred dollar bill or a handful of tens. It might sound cynical and not at all kind, but over the years it’s become easier to be skeptical of Tarantino as he’s joined the list of individuals that have a problem with Disney’s success but apparently can’t be bothered to remember that they’re not exactly hurting when it comes to popularity.