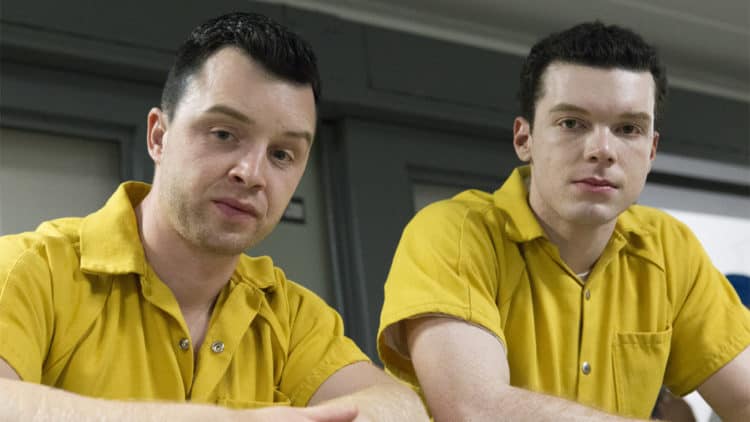 Fiona was a safety net for the Gallagher clan for a long time, a failsafe that they had in place until her own life started getting mucked up and the rest of them had to step it up and start taking some real responsibility. Did anyone else ever see this? For so many seasons Fiona was the type of character that couldn’t let her responsibility slip for more than a short time since once she did things started spiraling out of control until she reasserted herself once again. Even when the family started outgrowing her, as Rachel Hunt of the CheatSheet has said, they would still come to Fiona on occasion and would try to get her to help out. It is true that the Gallagher clan finally outgrew the big sister that had taken care of them for so long, but this also means that she was free to move on and live her own life in a way that she felt was necessary. What this means is that the rest of the clan will get to step forward as their stories continue to be told and the audience gets to see them develop in a much bigger way.

Ian and Mickey have seemingly taken the role of the romantics that Fiona and Jimmy once represented as their relationship is nothing less than explosive and at times is kind of hard to figure out. Lip and Frank are both experiencing fatherhood while Debbie is still growing up and figuring out what she’s all about, while Carl and Liam are, as you might expect, still the troublemakers of the bunch that aren’t about to change all that quickly. In a big way Fiona’s departure, which might have initially been seen as a mistake of some sort, was actually a good thing since it indicated that the show was finally moving forward yet again and despite losing a character it was becoming more nuanced and therefore more enjoyable as the idea of the family finally growing up was given some real credence. People are going to miss Fiona for certain, there’s no doubt about that since she was a huge part of the show for so long, but there are many other actors in the show that need to be showcased as well, and by having Emmy Rossum move on from the program the lot of them get a bigger chance to experience their characters in a way that’s kind of sad but still necessary since without the big sister there, without the support that lasted for so many seasons, the lot of them get the chance to stand on their own two feet without any help other than each other. Mae Abdulbaki of CinemaBlend might agree with this point.

For the longest time it was hard not to feel sorry for Fiona, apart from the time that her drug habit nearly killed Liam, since she was the one person in the family that gave just about everything and received so little in return. Every last one of the Gallagher’s depended on her in some way and it was a constant drain that anyone would want to escape, but Fiona stayed put most of the time and didn’t screw up often until she lost control. Some might say that losing control was bound to happen and they’d probably be right, but at the same time the loss of inhibition that she had at the time was beyond anything she’d done before and it nearly cost her everything. Since that time the character has really grown up and decided on what she wanted moving forward, as has the rest of the family more or less. Liam is still pretty young and will continue to develop, as will Carl, but Lip, Ian, and Debbie are grown for the most part and yet still have a ways to go since their decisions are they’re own at this point. Frank is more or less just Frank, he might have his moments when he’s not such a bad guy, but otherwise, he’s Frank. That’s a nice way of putting it anyway.

All in all Fiona’s departure will be felt and it will be lamented for a while but life will go on since quite honestly she’s headed off to a better life and the Gallagher’s have finally come to a point where they don’t need her as much since experience has finally kicked in, kind of, and they’re far more capable now than they were when the show started. When you take a look back to see how the whole mess started you can’t help but think that without Fiona a lot of this show would have been far different and not even possible really since overall she was the glue holding the family together for the longest time. Myles McNutt of AV Club might not agree, but this was coming one way or another. As of now though she’s on her own adventure and the family is on theirs, and so far everything’s been working out just fine more or less.