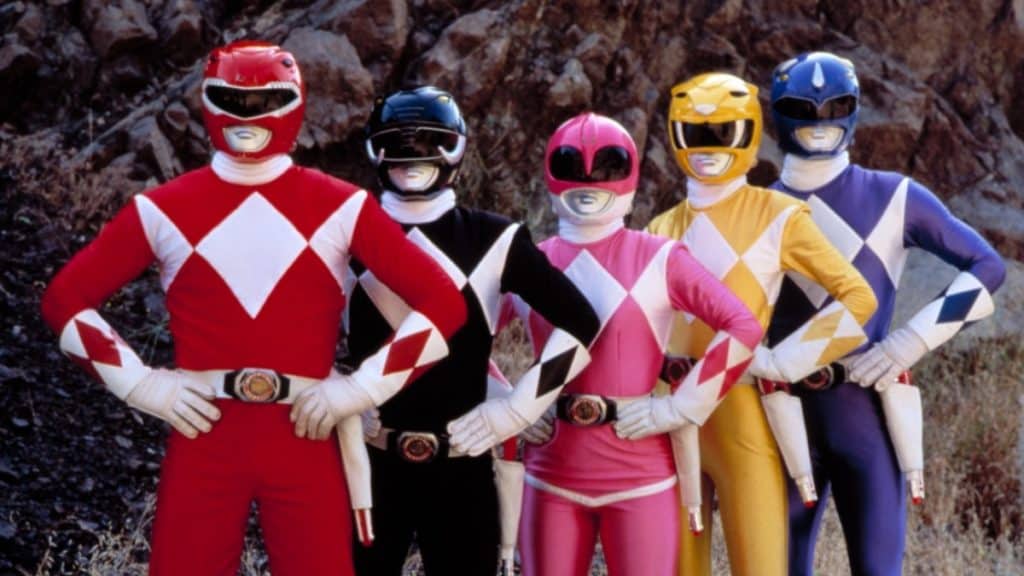 For better or worse it sounds as though Netflix is g going to be playing host to the Power Rangers eventually, and things aren’t going to be as kid-oriented as they used to be. A lot of us probably remember back in the 90s when the Power Rangers were extremely popular how things were geared toward showing as little actual violence as possible, right? The heroes and the bad guys would fight, and sparks would fly, but that was it. The heroes and the villains would show an impressive array of martial skill and supposedly deadly moves and weaponry that wouldn’t do much more than you used to see in a video game, a flash of light if something actually hit, and maybe at worse a dark mark where the hit had occurred, but otherwise, everyone was still in one piece. The material coming to Netflix sounds as though it might flip the script on that type of material and aim for programming that isn’t geared for kids, meaning that it would be aimed at those of us that did watch the show back in the day and might want to see a slightly more adult version of things.

To some folks that might sound a little awkward since apart from the unauthorized Power Rangers short film that took place a while back with James Van Der Beek and Katee Sackhoff, there really haven’t been any hardcore attempts at taking the Power Rangers beyond what they were first brought in as, a kid’s show. With the plan to turn the Power Rangers into a more adult-oriented show and bring in more movies it would appear that the kiddie programming would be left behind, but that’s not the case thankfully, since while those in charge appear to want to shift gears and make this for adults, they’ll also be making new material for kids as well, and it will all exist in the same universe somehow.

The plans for this new and very busy universe sound a little far-reaching and kind of chaotic to start with, but it also sounds like something that people might find appealing if they’re given enough information to really dig into it. After all, quite a few people can likely remember the Power Rangers fondly since they were one of the top shows of their time and their fame has lasted for quite a while since even today people can’t help but remember and watch them now and then. It’s also worth noting that the expansion of the Rangers went on to include several more teams and a lot more adventures than some of us might be aware of considering that there are Ranger groups all over the galaxy. Some folks would probably be surprised to learn just how far the story has been taken at this point and how many different individuals have been involved in the telling at this point, and of course, the fact that Tommy, the Green Ranger, has been around for longer than a lot of folks might have expected, is another treat that would hopefully be a part of this upcoming project given how integrated the character has been over the years.

How far Netflix will go with the Power Rangers is tough to say since it’s easy to think that they might initially gain a lot of support, but at the moment it would appear that this project is bound to involve multiple series, multiple movies, and will prove to be a truly epic attempt at creating something impressive if it works. That’s always the trick, if something can work since while the Power Rangers are still popular and are bound to remain that way for a while, it’s also fair to say that their fame comes and goes in cycles and it’s very possible that Netflix, a streaming site well-known for the fact that it dumps and brings back certain attractions time and again, might cancel the Power Rangers more than once before it really gains traction. If that does happen though, it’s fair to say that people might start getting a bit bored with the whole concept of seeing something only to have it yanked away now and again.

That’s kind of a big assumption since people have proven that they’re willing to put with a lot and might not actually mind that much if this is what happens. The Power Rangers have never really gone that hard thanks to the fact that they’ve been viewed as a high-energy kid’s show for a long time, and even the movies have refrained from getting too incredibly violent. But if things do start becoming geared toward adults then it might be that the Power Rangers could find a home on Netflix that might last for a while. We’ll have to wait and see.