Home
Television
Power Book II: Ghost Season 2: Why Dante Was One Of The Most Exciting Characters On The Power Series 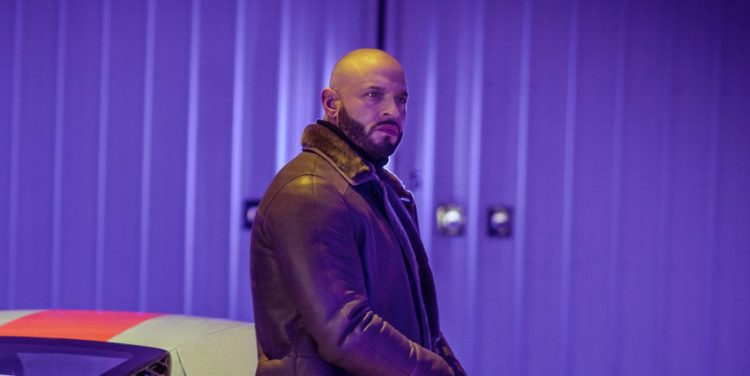 If you’ve already seen Power Book II: Ghost Season 2 finale then you know that Dante, known on the streets as Mecca portrayed by Daniel Sunjata finally kicked the metaphoric bucket. As Season 2 heightened, Mecca became a major power player when his deceptive nature was revealed and we found out his true motive. We met Mecca on Episode 2. He conveniently appeared in New York when the Tejadas were in desperate need of a new supplier. From the very beginning, Mecca positioned himself as a big bad wolf that was not to be reckoned with. Dante was quite impactful on Power Book II: Ghost Season 2 because his character was highly unpredictable providing the shock value that we needed to help keep us invested in the storyline. The most shocking blow was delivered on Episode 9 when Davis informed Tariq that Dante was one of the top informants for the government. Who would have known that the deadly “drug lord” was a snitch?

Mecca is a powerful, calculated, and manipulative drug lord operating out of New York. Mecca is one of the most advanced drug dealers we have ever seen on the Power series as he uses a host of advanced technology to keep track of his workers and product. We eventually learn that his real name is Dante and he is Monet’s old flame.  Dante returned to New York to win back Monet, the woman he fell in love with decades ago when he was nothing but a corner boy. When Dante and Monet finally reconnect he admits that he never forgot about her and that he took time to become the type of man that she needed him to be. Dante is also Zeke’s father. Although Monet never planned on telling Dante that he had a son, Dante was able to figure it out after seeing Zeke on TV. Dante works himself back into Monet’s life through Cane first.  Cane doesn’t have any idea that his new plug is connected to his mother. Dante assumes the alias Mecca with Cane so that he doesn’t find out. This alias also keeps Monet in the dark about his association with her drug business. Mecca was also a family man. His end game was bringing his family back together and living happily ever after.

Are Mecca and Ghost Brothers?

There was a lot of speculation amongst the fans that Mecca was Ghost’s brother. In the original Power series, in one episode Tommy asks Ghost whatever happened to his brother. Ghost refers to his brother as “Spanish Mf” and informs Tommy that he went off to join the army. Dante told Monet that when he was arrested nearly all those years ago, he ended up going to the military to save himself from the streets. It turns out that it was all merely a coincidence. Ghost and Dante are not related. However, in Power Book II: Ghost Season 2, Episode 9 Dante drops a bomb when he told Tariq that he knew exactly what his father was and that Ghost did him a big favor by killing Lobos after he snitched on him. Dante bought his freedom by testifying on Lobos. Although Mecca and Ghost didn’t have a relationship these two characters do have a lot in common. Both were master manipulators and extremely calculated men that were good at playing the game. Dante tried to manipulate Monet into thinking that Lorenzo was trying to kill her.  He hired some men to shoot at him, Zeke and Monet when they were in the park so that Monet would believe that Lorenzo put a hit out on her. He wanted Monet to need him. Additionally, they both never got over the childhood sweethearts. In fact, their love for these women is what ultimately led to their downfall.

Why Did Mecca/Dante Have to Die?

With tensions rising between Monet and Lorenzo after his release, a lot of us were sure that Monet would actually go through with killing him and run off with Dante with her children. In reality, Dante’s love was one-sided. Sure Monet had some lingering feelings for him but she wasn’t willing to destroy the life she had built with Lorenzo and their children. She knew Dante would be dangerous if he didn’t get his way. Despite his government ties, Dante was still a murderous lunatic. Monet also was jealous of Zeke and Dante’s budding relationship. Of course, when Tariq informed Monet that he was a federal informant that gave her another reason to kill him.