Home
Movies
Who Should Play Michelle Obama in an Eventual Film? 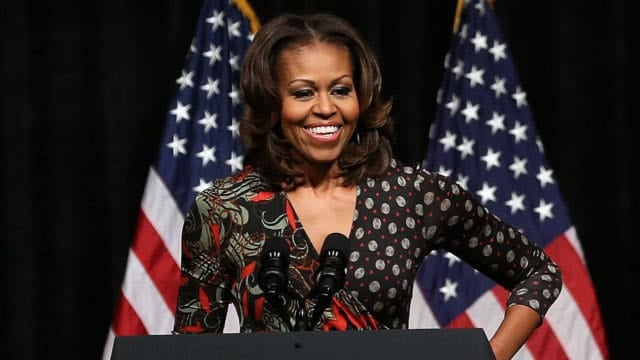 Over the course of the last several years, former First Lady Michelle Obama demonstrated to the entire country and in fact, to the world, what class is all about. She always conducted herself in a certain manner, one that let people know that she was serious, but that she also had a sensitive side and could even tell a good joke or two when the situation permitted it. She has clearly demonstrated that she is an intelligent and driven woman that is passionate about a number of things and is not afraid to pursue those passions. In fact, she always had a way of getting her point across without being brash or bringing either her own or someone else’s intelligence down in order to communicate with a wide variety of different individuals.

It would only stand to reason that eventually, someone would choose to make a movie about her life. She has already accomplished a number of great things and is deeply involved in a lot of different humanitarian efforts, all in an attempt to make life better for other individuals who might be less fortunate than herself. She is definitely an individual that would be considered worthy of having a film made about her. That obviously makes people start to wonder who would play her in such a movie.

Whoever would get the part would have to be someone that can play a passionate individual and be versatile in their role. In other words, the actress would have to be full of class and charm herself in order to make the audience believe the story. There are plenty of actresses in Hollywood that could easily fit this description. A lot of it would come down to finding an actress that is of comparable age and could play the part in order to make it believable. Of course, the other option would be to choose two or three different actresses to play the role of Michelle Obama at different ages in order to better tell the story about the various stages of her life. This would ultimately be up to not only the producers, but also the director of any such film. That still doesn’t answer the question concerning who might be best suited to play her in a movie.

When you think about Hollywood actresses that have a lot of class and can play the part of virtually any role and make it completely authentic, there are a lot of names that come to mind but there are three names that come to the surface very quickly. Those names include Halle Berry, Viola Davis, and Kerry Washington. They have proven that they can play powerful women in their roles, and by all accounts, it seems as though they possess many of these qualities in their own lives. They can also play virtually any part with the intelligence and wit that would be required to portray Michelle Obama. While there are certainly other actresses available that could pull off all of these things, these are the three that most people would probably agree could do it with the greatest of ease.

When a movie of this type finally does become a reality, one of the most important things will be to convey the message that Michelle Obama has always tried to get across in an accurate manner. This is not an individual who is centered on herself as much as she is concerned with the abilities of other individuals to live happy, healthy and productive lives. Hopefully, the movie will honor all of those things and portray her story as accurately as possible, including choosing the right actress.