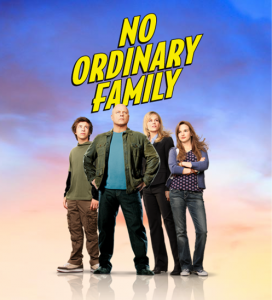 It is often bemoaned that ‘family shows,’i.e. shows the whole family can watch together, just don’t exist on today’s prime-time television slate. Parents generally tend toward heavier dramas and ‘smart’comedies, while their children tune into genre shows and anything involving vampires (to those about to flame me in the Comments, please note the use of the word ‘generally’). This concern is usually wildly overblown because since the creation of cable television and the explosion of channels and viewing options decades ago, parents and their kids have been enjoying their own shows almost exclusively. I’m 32 and I honestly can’t remember any show that was ‘appointment television’for my whole family when I was a kid (ER maybe? The Cosby Show??). What if, however, a network created an honest-to-goodness ‘family show,’a show that parents and children of all ages would likely watch independently? Would families watch together? ABC, thanks to their new series No Ordinary Family, is about to find out. 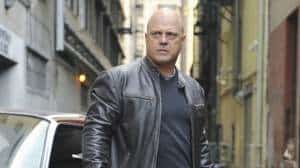 No Ordinary Family centers on Jim and Stephanie Powell (played by Michael Chiklis and Julie Benz), parents of Daphne and JJ (Kay Pannabaker and Jimmy Bennett). Like a typical modern family (not so much unlike this Modern Family), the Powells have found themselves pulled in every which way. Stephanie is a high-powered and overworked executive, JJ is having trouble in school, Daphne is solely concerned with being popular, and Jim is feeling powerless in his job and powerless in his inability to bridge the distance growing between them all. So, he plans a family trip to South America that ends abruptly when their charter flight crashes into a mysterious lake. The family emerges unscathed and returns home. Upon their return, Jim and Stephanie discover they have special powers. What follows in the pilot is an at times dramatic, but more frequently funny, look at how real people would react if they woke up and could stop bullets with their hands. 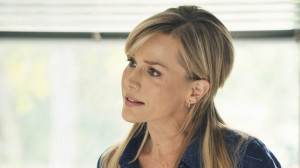 When I spoke with NOF‘s creators and stars at Comic Con this July, they all emphasized this ‘discovery’element of the show. Michael Chiklis specifically noted that in other shows or movies that feature people who discover they have superpowers, those new heroes are amazed at their newfound abilities for all of a few minutes. What attracted him to NOF was the fact that Jim Powell is like a kid with a new toy when he makes his discovery. Of course, if finding out one is indestructible (as Jim does), that person would try stopping bullets or jumping off buildings or crushing large objects. Then again, if say a teenager was to realize she had an ability that would make her even more of an outcast than she already perceives herself to be, this newfound power would be a social death sentence, bringing with it trepidation and desire to climb under a rock. These true senses of wonderment or desperation, emotions real people would have should they actually acquire superpowers, are what separate NOF from Heroes or The Incredibles, to which the show has already been frequently compared. It is this distinction that I believe will lead NOF to be one of the new hits of the season.

Besides this relatively novel conceit, another strength of NOF is its cast. Chiklis and Benz appear very comfortable in roles diametrically opposed to the characters they last played: the gruff Detective Vic Mackey on The Shield and passive door mat Rita on Dexter, respectively. Pannabaker and Bennett are skilled in playing ‘teenagers with problems’without relying 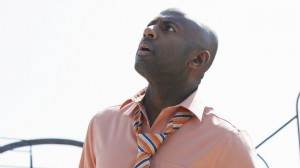 on heavy-handed stereotypes. For all of this great acting within the family, however, the show might be stolen away from the Powells by Romany Malco and Autumn Reeser who play Jim and Stephanie’s friends/confidants George and Katie. Malco especially (Reeser doesn’t have as many scenes in the pilot) truly brings the funny, and I could tell that he and Chiklis must have a lot of fun together on set — a true friendship is evident from the get-go.

The rest of the elements of the show are winners, too. With any superpower show, special effects are of the utmost importance. While the effects in NOF are not at Avatar levels (this is a weekly TV series, after all), the show is creative in the way it depicts the abilities (Personally, I loved seeing Stephanie’s perspective of the world during her freeway experimenting, mostly because it was scientifically accurate. I don’t want to ruin it for you; you’ll get it when you see it.). There is also a slight touch of serialization within the plot that I think will serve the series well. It doesn’t appear that this serialized aspect will be daunting or impede understanding of the show in any way; rather, it will provide the series with a nice cliffhanger feel that will compel the audience to tune in next week. 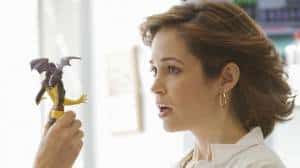 All in all, No Ordinary Family has all of the elements necessary to become a new hit television show: a great conceit, fantastic actors, proficient writing (I didn’t mention it above, but the script is in really good shape), and high production values. Further, the way these elements are expressed will appeal to a broad audience. Parents will enjoy the dramatic issues raised between Jim and Stephanie as a married couple, and Jim and Stephanie as parents. Kids will like the superpowers and the teenage angst with which they will likely be able to identify. Everyone will appreciate that the show isn’t pandering to any of them, but rather trying to give the whole family an opportunity to share an experience that will bring them all together. Just like the Powells.

Be sure to check out these sneak peeks for NOF to get a taste of what awaits this fall. ABC’s No Ordinary Family debuts on Tuesday, September 28 at 9:00pm.

My grade for No Ordinary Family: A-