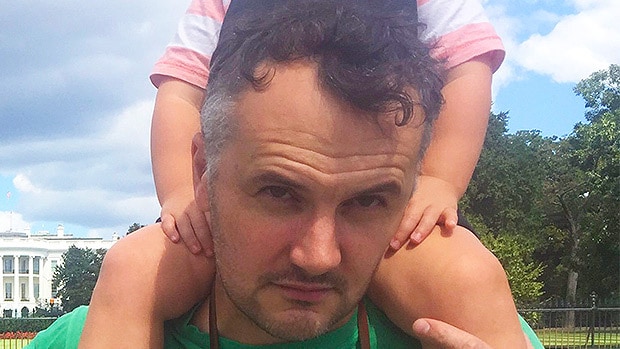 Phil Elverum seems to be one of those many musicians that marches to the beat of his own drum while at the same time being hard to follow as he possibly hears a beat that a lot of us simply can’t hear or would have to strain to understand. It’s not uncommon with a lot of musicians or even artists when it comes to their inspiration and what drives them. On the outside he’s a rather interesting person that has made it known that he’s a fairly nice guy and is devoted to more than just his art and music, though if you can believe that he’s not always thinking of how to create another song, piece of art, or what might need to happen in order to stimulate the process then it’s likely that you don’t understand the mind of the average artist. He’s very much in the moment and does manage to be a part of this world more than not, but those that create tend to be on a different wavelength that many others.

It’s a common trait among artists of all walks of life and disciplines. With that being said, here’s a few things you might not have known about him.

10. He and Michelle Williams got married in secret.

The ceremony was kept very hush-hush as they didn’t want a lot of people knowing. They likely had their reasons for this beyond what they’ve already released, though it would seem at this point that Phil has made Michelle quite happy and allowed her to feel both safe and wanted in their relationship.

Quite honestly being an artist and being a bit odd at times has nothing to do with whatever region you come from, but Washington has been known to produce a few differently-minded artists over the years that aren’t always fully understood in their time. That being said, being from the Pacific Northwest does tend to give people a different outlook on life, just as would happen anywhere.

Rather, he’s played under the names of The Microphones and Mount Eerie respectively. It could be that one name didn’t afford him the kind of attention he wanted for his music and he switched. Or he could have just been ready for a change.

There’s not a lot that this guy doesn’t play when you look at the list of instruments he covers. It does seem important when you’re in a band to know more than one instrument, but there is a time when it seems that some people are simply overachievers with it.

He was married to Genevieve Castree, a Canadian musician that he met and courted long distance until they married in 2003. Unfortunately after the birth of their first child Genevieve was diagnosed with inoperable pancreatic cancer. She passed away in 2016.

5. He’s also known for his artwork and photography.

This man has a lot going for him really when it comes to talent since he’s not confined to one medium and has a couple of outlets for his vision. A lot of artists would feel lucky to be this gifted.

4. He tends to work in his own studio spaces.

This seems like it would be more personal preference than anything else as it allows him to control the flow of his music and the ideas that come to him whenever inspiration strikes. This way he’s not bound by anything or anyone.

3. Nirvana is one of the major influence for his music.

Being from the PNW this isn’t much of a surprise since many artists back in the day, the 90s, were inspired by the phenomenon that was Nirvana. In fact people today still cite the band as one of their favorites and as an influence in their life somehow.

2. His music is described as layered and kind noisy.

It might take a more discerning ear to really get into his music, as some sounds are harder to really understand than others. What might seem like noise to some might be completely understood by others and seen as something that’s actually a kind of genius that’s not understood yet.

1. He was very quiet about his first marriage.

Phil didn’t want Genevieve’s music to mix with his or vice versa so that they could keep their careers separate. Their marriage was only hinted at most times but they would state that they were married when people asked, just not to whom.

Artists are kind of hard to figure out sometimes, but overall they’re usually the people that have the most insight and lead the most interesting lives as they live by rules that are both society’s and their own, creating a transition between the two that allows them to walk the line between their own world and this one.