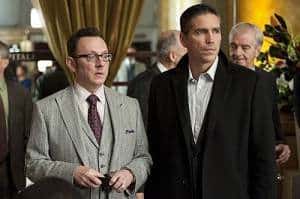 Last night, Person of Interest was back to being the kind of show that makes it required viewing. In fact, the team behind POI delivered one of the better episodes of the season by telling the story of a family man down on his luck set up to be a patsy in a political assassination. That would have been suspenseful enough, but the show did us fans one better by bringing about the return of former POI and crisis management specialist, Zoe (Paige Turco). As well as setting up a brand-new nemesis for the Machine team in the form of an extremely talented hacker who is more than willing to get her own hands dirty when it’s called for.

Out of work project manager Scott Powell is doing everything he can to avoid breaking the harsh truth of his unemployment to his wife and two kids. Going out on secret job hunts each day while he’s told he’s family he’s on the job until he gets a phone call from a temp agency for a two day gig working at Congressman Delancey’s fundraiser dinner. The very same congressman who may well have enacted the changes that led to Powell losing his job in the first place. However with Person of Interest, things are not quite what they seem to be at first. When shots are fired it becomes clear all too late to Finch and Reese that Powell is in the center of a plot where he’s become the perfect patsy. Finch, Reese, and Det. Carter have their work cut out for them as they race to prove Powell was set up. Things get infinitely more complicated when their operation finds itself on the other end of a vicious virtual attack that leaves them far more vulnerable than they’ve ever been in the past.

From the opening moments of the episode we were assured that Reese is functioning at full capacity again–fully healed from his gunshot wound–as his first scene involved thrashing some leftover from a past number from the machine before starting this new mission. There’s no better Reese than one who is on top of his game as he had a number of excellent action sequences in last night’s episode. Seeing him back kicking ass again reminded me of just how well this show handles its action sequences. It’s certainly something that’s been a little lacking while Reese healed, or when the mission didn’t call for Reese to rip the hand-dryer off a bathroom wall and clobber an assailant over the head with it. But what’s important about showing how efficient Reese and Finch were in their efforts is that it makes this new mystery villain all the more threatening. Finch, being over-confident in his abilities, had attempted to let this mystery hacker onto his system in order to try and trace them back to a location. Things quickly took a turn for the worse as soon the hacker had infiltrated everything in Finch’s system including their phones within seconds. This stunt proved that not only is our new mystery villainess (we see multiple shots of a woman at a computer but never a face) proficient, but that she’s also ruthless. 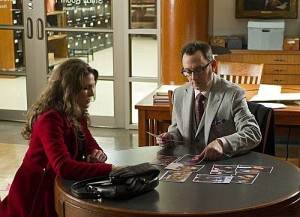 It’s exciting to have a possible new long-term threat for the boys and Carter so quickly after the reveal of the identity of Elias and the recent presence of the agents gunning after Reese. The creators should also be applauded for having the patience to refuse a full reveal at the end of tonight’s episode, not even to the audience which has become a popular way to sort of have your cake and eat it too regarding the identity of a mystery character–as technically that would keep the characters of the show itself still in the dark as to who it could be. Not to mention having a sort of Rogue’s Gallery of villains on this show is a better way of keeping all of the characters on their toes than to limit themselves to having minimum one nemesis per season. One could easily see Elias hook up with Root if she doesn’t work for him already–a distinct possibility. Plus it’s just sort of cool to have POI get its own Lisbeth Salander type that can lock horns with Harold Finch and come out the victor. She might even be able to find her way to the machine and then one can only imagine the tailspin of harm that could be caused when all of that information and surveillance falls into the wrong hands.

Having former POI Zoe Morgan back in the picture to assist our trio was an excellent choice. She’s the kind of character who is such a good fit that one almost wants to be greedy and wish she could just stick around to be a more permanent fixture. Not only is she as capable as Reese in most situations, but Paige Turco and Jim Caviezel have blistering chemistry together that practically begs to be explored in future episodes. Let’s just hope that this isn’t the last we’ve seen of Zoe Morgan as it won’t be the last time Root becomes the cause of another problem. There’s just this feeling that by the first season’s end Carter, Finch, Reese, and Det. Fusco will come to truly need all the allies they can get. 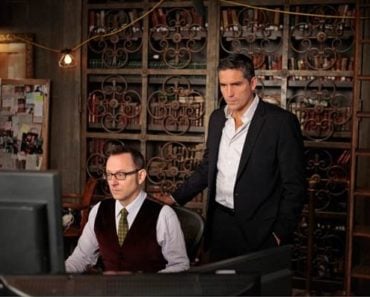 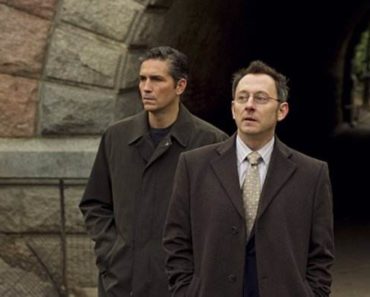 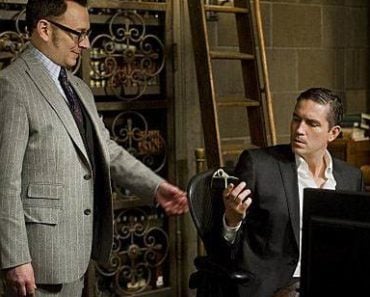 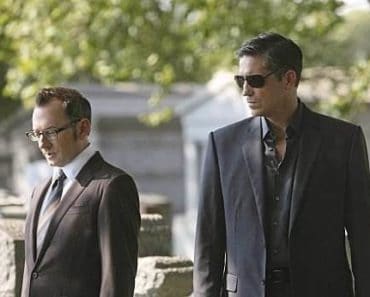