Home
Television
“People of Earth” Season 2 Premiere: What to Expect 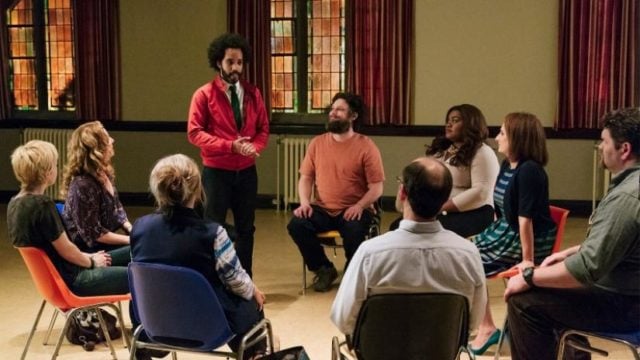 Fans of the comedy “People of Earth” are excited about the upcoming premiere of season 2. If you haven’t started watching, now is the time to catch up on season one. The premiere of the second year is set to air on July 24, 2017. In advance of the new episode that will kick off the season, here is what you can expect and our first impressions from viewing the trailer and gleaning info from the teasers.

The misfits are back

Ozzie Graham, played by Wyatt Cenac continues to lead the support group that brings the alien abductees all together in one room. His skepticism about their stories will have turned more into a search for the facts as he now realizes that the tales they tell about their experiences are actually true. In fact, he now needs to find out more about his own possible encounter with alien life forms. He was formerly an outsider of the group, but has now joined them as a member because he has similar issues that he needs to work out for himself.

A blend of comedy and intensity

We’re going to see the same humor that was abundant in season one in the upcoming episodes. It is after all, a comedy, but there are going to be some more intense scenes as well. We don’t know a lot about how the series will progress throughout the season, but the premiere is going to give us a little more information on the background of the main characters as well as for Ozzie. He must struggle with the knowledge that there is life that exists in the universe that he doesn’t know much about.

This is going to trigger more questions. Although he doesn’t have anything tangible in terms of proof of the alien abductions, the evidence that he has discovered points to the existence of the alien life forms. It also validates the stories that the members of the support group have shared with him. There is plenty of room for comedy sandwiched in between the intense moments. The topic is so serious that humor is required to maintain a healthy perspective.

Season 2 will feature the appearance of Nasim Pedrad, playing the part of Special Agent Alex Foster. She’s an FBI investigator who is trying to redeem her reputation after a recent disgrace so her character is a little on the intense side. She shows up in Beacon for the purpose of tracking down Jonathan Walsh for his white collar crimes. SNL fans will beb happy that Pedrad will be joining fellow SNL stars Oscar Nunez, Alice Wetterlund, Brian Huskey, Michael Cassidy, Ana Gastteyer, Da’Vine Joy Randolph, Ken Hall, Bjorn Gustafsson, Lice Wetterlund, Nancy Lenehand, Tracee Chimo and Luka Jones.

The cast lineup will give new viewers an idea of what they can expect regarding the type of humor that they’ll find. The premiere will be funny, but it will also contain some thought provoking material as well. You can’t really classify it as a drama because the intensity is not quite up to that level, but we’re expecting to see the story move forward with season two taking it to the next level.