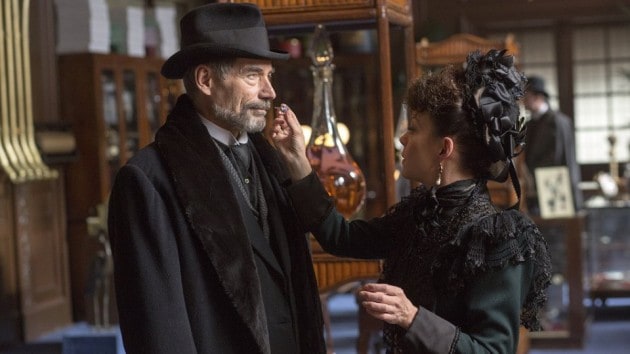 Although “Verbis Diablo” mostly reiterates the stories of last week’s wild premiere, the second episode of Penny Dreadful‘s second season doesn’t feel like a repetitive slog through familiar territory – though at the same time, “Verbis Diablo” doesn’t really get moving until the episode is nearly over, ending on another unsettling image that establishes Evelyn Poole as a sinister presence to be reckoned with (another familiar element repeating itself from the season premiere). Those redundancies are used to build atmosphere and establish tension, an hour that doesn’t necessarily push the narrative forward, but expounds on everything introduced in “Fresh Hell” in plenty of intriguing ways.

That’s not to say the episode is absent of new material, either: the return of Dorian Gray continues the show’s uneven exploration into Victorian sexual politics, with the eternally beautiful man feeding his curiosity by seeking out Angelique, a transgender prostitute who catches his attention around town. Angelique’s presence, along with the return of the closeted Lyle, give color to the psychosexual explorations that Penny Dreadful sneaks into its deepest corners (like Viktor’s obvious attraction to Lily/Elena, sprung from his god complex and lingering virginity). It also speaks to the dichotomy and hypocrisy of Victorian society: while Angelique is considered a precious, unique treasure in the underground world, Lyle lives in fear of his homosexuality being revealed to the public and ruining his career – Penny never brings distinct attention to this, but the behavior of Dorian and Evelyn nonetheless give voice to the two-faced world this London is living in – in a way, bringing itself full circle to Ethan, who finds the “true” person inside himself to be a horrible creature, not an honorable protector of men.

Dorian’s presence unfortunately is but a whisper in “Verbias Diablo”; thankfully, the show has plenty of fascinating scenes to surround it with, led by Vanessa and Caliban’s conversation in the plague-riddled ghetto underneath London, where Malcolm serves the hopeless to try and account for some of the terrible things he’s done in life (and may be about to do, with Evelyn whispering ominous things in her ear and seducing him). The two of them discuss the beauty of life, something Vanessa’s clearly lost sight of as Lucifer draws closer and closer; having escaped the grips of death, Caliban finds life much more precious, one man seeking his fallen angel (Lily gets her hair dyed, and Viktor near-fondles her again) while another escapes from THE fallen angel, the one who has his minions make voodoo dolls out of the hearts of babies, and employs shape-shifting witches who really enjoy being naked.

That last sentence is a summation of Penny Dreadful‘s gleeful absurdity – Evelyn’s doll-making sequence elevates an otherwise perfunctory (if beautiful) episode of the show, giving new breadth to the terrors that await Malcolm, Vanessa, and Ethan’s two guns (insert Lyle’s giggle here) in the near future. Dreadful‘s second season is shaping up to be each individual’s fight for their own soul, be it Ethan clinging to his humanity, Viktor contemplating his growing love for an undead woman, or Vanessa trying to resist the grip of the darkest forces of the world. Penny Dreadful is all about exploring the limits of one’s morality and mortality (and sexuality, to a lesser degree): “Verbis Diablos” doubles down on these ideas, moving this episode out of the shadow of “Fresh Hell” in the final ten minutes, even as it repeats the rhythms of its predecessor’s climax. 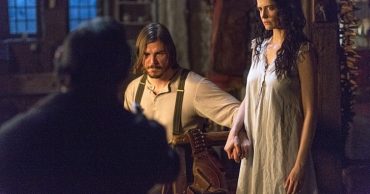 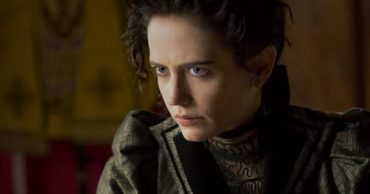 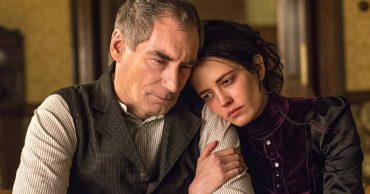 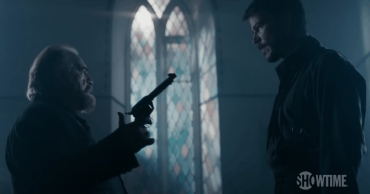 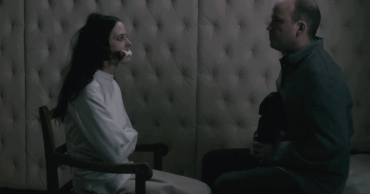 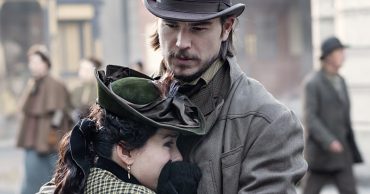