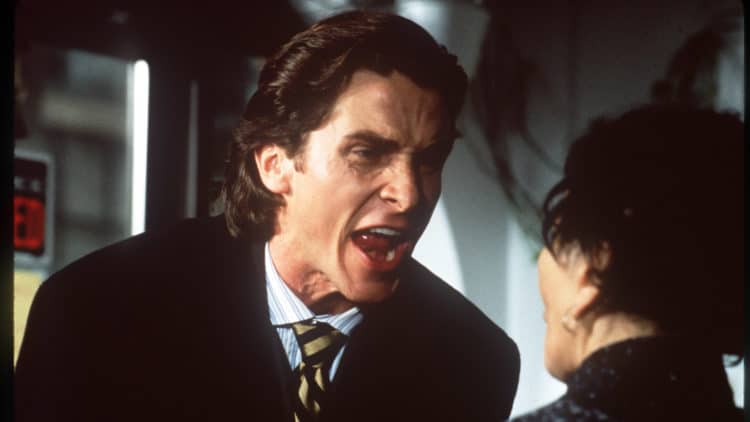 The Behind the (Movie) Killer series is something that likely plays up to a lot of people’s questioning nature about movies such as American Psycho since to be fair it was an intriguing movie all on its own and managed to raise a lot of questions since it was pretty intense.  Patrick Bateman was the kind of guy that you might look at and think that he’s pretty much a rich jerk that has to have everything his way or the world is going to end, but there was definitely more to him than that. The unfortunate part is that Bateman really doesn’t have much of an upside when it comes to that hidden part of his personality. The side that he shows to other people, the uptight businessman that only laughs if he finds something funny, but will remain stone-faced at all other times, is the upside of his personality. What’s hidden is just a scary, dark, and psychotic individual that has no rules, inhibitions, and is entirely focused on himself, perhaps to the degree that his mind had come up with ways to keep him protected and keep him entertained at the same time. When one really thinks about it the things that he does in this movie really make it hard to think that anyone such as Bateman, who is high-profile for any aspiring detective, or even one that knows which side their bread is buttered on, that wants to make a bust would think about just letting him go. This is why the delusions that appear to be a part of his darker side would be arguably real and why in the act of fooling everyone into thinking that he’s a regular person would allow Bateman to fool himself would work so well.

Think of it this way, people with money do get away with a lot more than people without since those that have it know how to apply it when it comes to their survival. It’s their security blanket, their layer of safety between them and the world that wants to dig into them just as much as it digs at everyone else. But Bateman is a different type of psycho in that he uncorks himself and runs loose when he feels the urges, as was evidenced with his ‘murder’ of Paul Allen and the murder of the prostitute in his apartment. Seriously, no one’s going to think of calling the cops over hearing a chainsaw running in the hallway? At the very least someone might call in a noise disturbance that would be checked out, which meant that Bateman might at least be questioned about a dead prostitute along with everyone else, a dead prostitute killed by a falling chainsaw no less, which would be a tough bit to clean up. Now was that a delusion, or was it real? Was the death of the other prostitute an illusion, or was it real? That Bateman is disturbed is pretty obvious since that point is hammered home throughout the movie. But whether or not he’s really getting down as he thinks he is becomes hard to tell when it’s revealed that Paul Allen is still alive, somehow.

His status as a true psycho is also threatened when he breaks down in a fit of conscience he confesses via voicemail. According to the list compiled by Jack Rosewood on Insider, Bateman has all the qualities of a psycho killer except the concept of remorse. Now one could definitely argue that he didn’t appear too remorseful about the killing, as it was more a gleeful confession since he might have felt that the cops were closing in on him. But the mere fact that he tried to admit to it and turn himself in kind of makes it clear that as psychotic as he is, Bateman still has an innate bit of morality to him that is just as skewed as anything else running through his head, but is still bound to keep him grounded somehow. It’s an odd quirk for any psychopathic killer to have, but at the same time it’s also something that made the audience kind of go ‘huh?’, especially when it was revealed that Allen was still alive. How many people did a double-take just then? It couldn’t be true, could it? Everyone saw the spray of blood as he hacked into Allen, they heard Allen cry out before he was struck down, and that was that. But keep in mind that this is Bateman’s story, that we’re seeing things how they happen in his timeline of events. So who’s to say that the audience didn’t get sucked into his psychosis, hook, line, and sinker? Adam James of Looper has something to add to this line of thinking.

It kind of makes you look at the movie in a different light now that you think of it this way, doesn’t it?