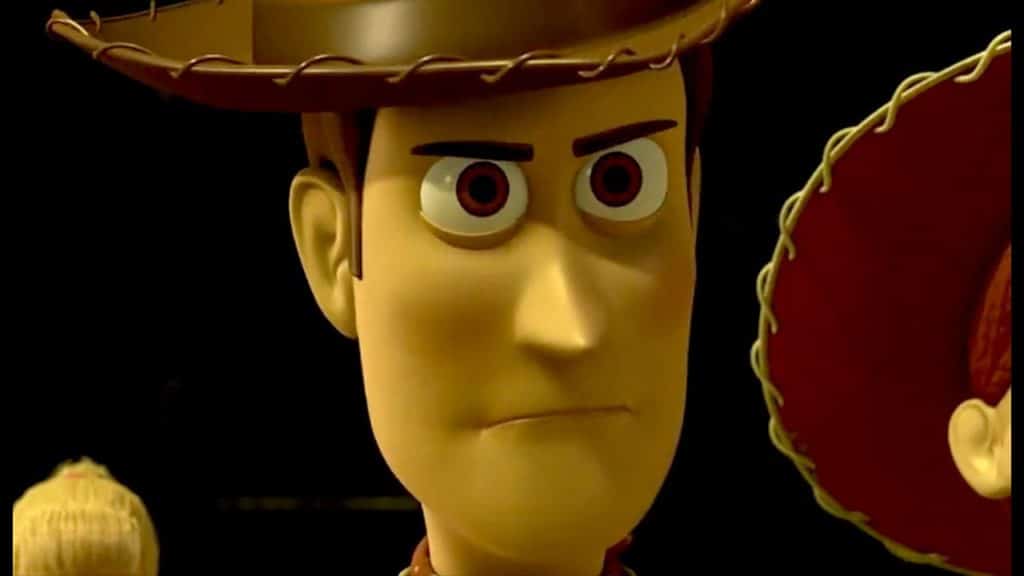 This has been a popular theory that came about since it makes a lot of sense, and there are a lot of similarities to the story, even if one has to keep an open mind about them at times since obviously the realism in each story is far different and the stakes aren’t quite as high in Toy Story. But the fact is that both stories revolve around a sheriff, Woody and Rick, who look out and protect those around them, but are cast aside in their own ways as the world around them changes. For Woody, it’s the arrival of the toy that would eventually become one of his best friends, Buzz, while for Rick, it was being shot and sent to the hospital where the world would eventually end as he lay in a coma. Upon waking, Rick would find that the world was not what he remembered, while Woody would watch with mounting horror as the world he’d known changed almost overnight as the boy he cared so much about, another similarity between the two characters, became enamored of the individual that stepped in to become the boy’s favorite. Obviously, this would be Buzz and Shane.

The story continues as Woody eventually confronts Buzz and, as the other toys believe, kills him, while Rick eventually confronts and kills Shane, at least the first time. One could even compare the shambling, broken toys that were found in Sid’s sandbox in Toy Story to the walkers in TWD since it’s a pretty good comparison. From there, one could head to Woodbury, where the group would even meet The Governor, and by comparison, the toys would head to Sunnyside Daycare, which looked like a haven, but turned out to be operated by a deranged old Teddy Bear that welcomed the group in and eventually dropped the other shoe by making it clear that things within the daycare operated on the understanding that the bear was in charge, and what he said was what would happen.

Of course, those that have watched both the movie and the show know what happens next, as both sheriffs lead their people to freedom and, after a hard-won battle and a lot of close calls, they end up coming together again, a little wiser and a little more experienced. Some folks would be of the mind that this was done on purpose, but that’s kind of a stretch considering the massive difference between the stories and when they were written. There’s a fifteen-year gap between the release date for the two stories, so it’s more likely than not that elements of Toy Story were transferred to TWD, but even that feels a little silly since trying to believe that an animated feature inspired one of the more popular zombie stories of all isn’t that hard, but it’s easier to think that the similarities are a peripheral phenomenon, meaning that those that worked on the show managed to bring to bear a few things from the animated movie that they might have remembered. It would be interesting to learn that Toy Story might have had something to do with how TWD turned out.

There are bound to be a lot of animated movies that have events that coincide with live-action movies and shows, and it’s not hard to think that fans are constantly on the lookout to see which ones might be similar enough to point out. But Toy Story and TWD have been such iconic entries in their respective genres that it’s easy to see why they would be linked in such a way. But going a little further, it would be intriguing to see zombie toys, since the dynamics would be kind of interesting. When all is said and done though this doesn’t feel like it was the hardest thing in the world to notice. That is, for those of us that are constantly looking at movies in one light or another, it might have been one of the simplest parallels to find since between the two stories there are a lot of shared elements that play out in a similar manner. But it’s fair to think that as Toy Story stretched onward and TWD continued to evolve that the gap between them would continue to widen.

While TWD still has its final season to close out, Toy Story is, at this moment, an idea that is still loved and admired but has kind of run its course, hopefully. Another Toy Story movie would be extraneous to be certain, and it would likely begin to chip away at the whole point of the story. As for TWD, a lot of people have already made it clear that they’re ready for the show to take its final bow and move on. Besides, the similarities between the two were over and done with by the third Toy Story movie.