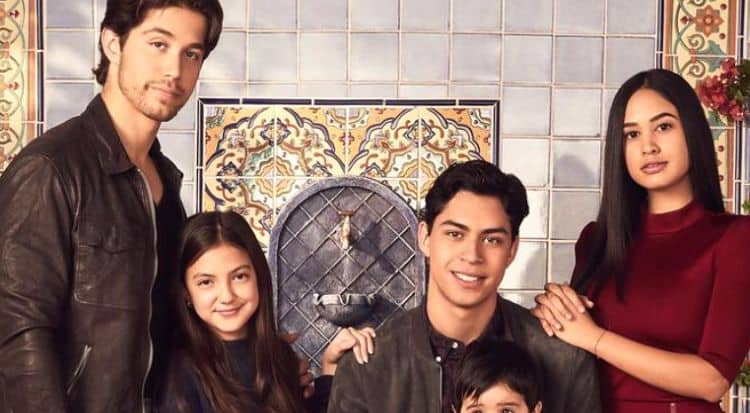 It’s easy enough to think that some people were pulling for the new Party of Five Reboot and others were thinking that it might not last all that long. For whatever reason the critics love the show as Kevin Burwick of TVWeb points out, while the fans kind of started dropping off a short ways through the first, and last, season of the show. One might have to take a trip back and relive the original show in which the five siblings, hence the title of the show, had lost their parents due to an accident with a drunk driver. This party of five didn’t really lose their parents, but their parents were deported and as a result they had to take care of one another. If no one sees controversy in that re-imagined scenario then it’s likely that this could be part of the problem, especially with how sensitive of an issue deportation has been in the last four years. People have been offended by a lot less, but in the spirit of fiction and TV it’s easy to think that a lot of folks might have just let this one go and tried to enjoy the show anyway. This might be what happened, but it wasn’t enough since the show kept losing viewers as the season went along, and at this point reviving it just didn’t sound like a good idea. In a sense, it might not have been the best idea anyway.

Putting the idea of the parents being deported aside for a moment, simply rebooting an idea because you can is becoming a trend no matter if someone says ‘it’s time for this’ or perhaps ‘people want this now’. The proof, as it’s been said, is in the pudding since obviously the people don’t want this at the moment and aren’t going to tune in as much as those in charge think. TV shows have been cancelled after their first season many times before but when it happens there are a lot of questions that get raised. Was the content good enough? Did it have enough star power? Was it inclusive enough? There are literally entire lists of questions that can be devised for each and every show and why it will or won’t be a success, and for this one in particular one of the most important questions should have been, ‘Why do this in the first place?’. Obviously someone came up with a reason that was sound enough in the ears of those that were footing the bill since the chance was taken and the show was made. But really and truly it does appear that a misstep was taken in even bringing this show back. Marisa Masria-Katz of The New York Times has more to say on this matter.

Had those in charge thought up a different name and a slightly different angle it might have worked a little better if only because it didn’t need to slam five siblings together in roughly the same way with the only difference, apart from race, being the situation that brought them together. There is a question to ask after all, considering that the parents were deported and aren’t dead. Wouldn’t they be trying to come back eventually. Obviously crossing the border is a problematic process at this time and how to go about translating that to a TV show could raise a bit of controversy here and there, but the stark reality of it is, their parents aren’t dead. There’s a chance at a reunion at the very least, and a possibility that the show would be made kind of irrelevant should things be allowed to turn out as people might want to see them. Otherwise it would be a truly depressing bit of commentary on America and how things are seen from the perspectives of those that have gone through this process, without much of an attempt at trying to explain just why deportation is sometimes the law, even if it isn’t all that nice. Someone kind of dropped the ball on this show it feels, and in doing so made certain that it wouldn’t be getting a second season. Willa Paskin of Slate offers another point of view concerning the show.

Some folks might be holding out hope that there will be a second season if another station decides to pick the show up and run with it, but at this time it’s not something a person should be holding their breath for since it doesn’t sound as though it will be all that likely. There are still so many ideas to explore and rework and fool around with that trying to reboot old shows is at times akin to trying to restart an old junker car that’s been sitting outside in the elements for too long. Replacing parts and doing what’s necessary to get it started might be possible, but keeping it running is going to take a miracle.