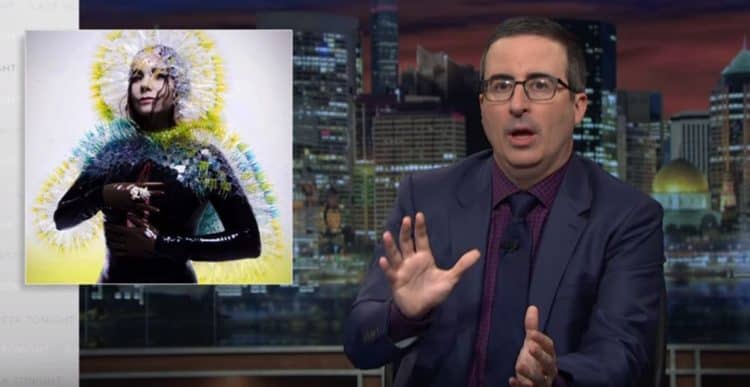 John Oliver is, for lack of any prettier words, funnier than all hell. He is also the type to go full steam ahead when someone decides to threaten him in anyway, as coal-mining executive Bob Murray has certainly done. The very real legal issues that Oliver finds himself in now are due largely to one of his most recent shows in which he puts Bob Murry on blast for a good chunk of the show, going on to mock and even call out the executive after Murray’s company issued a cease and desist order for the show in order to get Oliver to stop talking about coal-related issues.

It would seem that Murray really has no sense of humor and Oliver, as you might expect, has no sense of what it means to be judicious in his manner of comedy. It’s hard to remain unbiased on this one largely because big corporations tend to become bullies when it appears that they are the subject of scorn and mockery that many of them believe is meant to remain among the “common” folk who are not as affected by what is called libel.

The issue here however is that Oliver’s show is not a libelous program, as he reports facts while giving an opinion, something that is still labeled as free speech. Oliver is not so much condemning Murray as he is blowing a verbal raspberry at the man, reminding him that America is about freedom and that the freedom of speech is still a very important factor to be remembered. It can be argued that Oliver poked the bear just a little too much so to speak, but he bear in this instance has already been under investigation in the past for shady business dealings and as such seems to need a little more than a poke.

What Murray and his people need to understand is that a cease and desist order is NOT LEGALLY BINDING. It is not the same as a restraining order in any sense nor does the recipient HAVE to do anything about it unless there is a valid legal claim. Had Oliver’s words done anything to directly harm the already-floundering coal industry then he might be legally inclined to repair whatever damage he was responsible for. But instead, what needs to happen is that the West Virginia court must recognize the difference between opinion and actual libel.

Libel is something that can damage a person’s reputation or standing in a community, whereas an opinion is something you can take or leave. And it is Oliver’s OPINION that Murray is a laughable figure and is very much a corrupt businessman. Unfortunately for the courts an opinion is not enough to force damages from any person. In truth this seems more likely to be the fact that Murray is butt-hurt about Oliver’s words and is trying to strike back at him in any way he can.

Hopefully for Oliver and HBO the West Virginia court, which is on Murray’s home turf, will remember that they are there to serve the law, and not a self-interested and prideful old man.