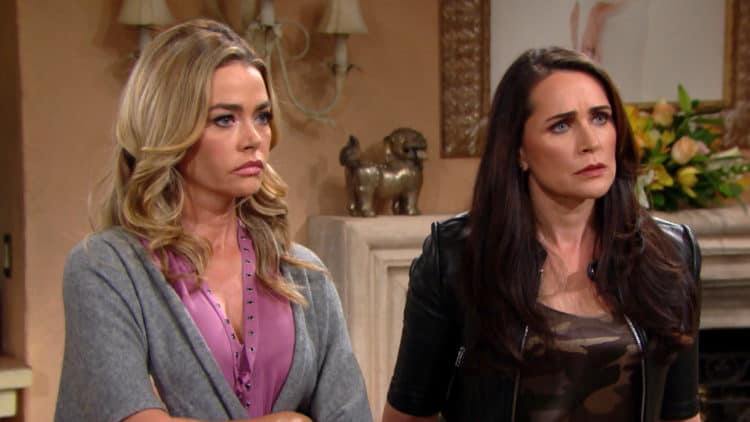 Bold and the Beautiful fans love to celebrate, and this is a weekend all about dads. So, we thought we’d take today to recognize the best moms on the show. Don’t worry, we’ll talk dads on their day tomorrow. So, today, we want to talk about some moms. We want to talk about the ones we think are the best of the best around here. You might not agree with a few of them, and we might not agree with a few of them due to their private methods, but we know that these are good moms who would do anything, everything, and all things for their kids. They are the ones who are fiercely loving their children, and they are the best moms of the bunch in LA. Who do you think will fit the bill and make it onto our best moms list?

She loves Will more than anything, and she’s found a way to put this child first in almost everything she does. She’s the kind of mom who takes care of her own kids, is there for them when they need her, and she does what she can to make sure that they are protected, safe, and loved in every single manner of speaking. She’s a lovely woman, and we love that about her. She loves her son more than anything, and that is what we are talking about.

We know that her daughter lied to her big time, took off and had a life of her own with an older man who made her life and kidnap a baby and sell her and make some big messes in her life, but she found out. She found out and she did what she had to do to make things work, and she even took the time to take the blame for a lot of what happened. She wanted to keep her daughter safe, to protect her, and to do what she had to do. She was willing to do anything for her, and that showed to us.

We know you might not agree with us on this one, but this is one of those situations that is just going to be explained so you can see it. This is a woman who does anything and everything for her son. She wants him to be happy. That’s all she wants. She would do anything – and has done anything – for Wyatt. Even when he would hate it and when she has no business getting involved in his life, she does it. He never likes it, it never works out well, and she doesn’t typically know what is best for him, but nothing stops her from thinking she does and trying so hard to make it all work. She loves him so much, and it works for her.

Since becoming a mother, she’s changed. She’s become stronger, more independent, more beautiful, and more amazing. She would do anything for her daughter, including cutting the drama and the man problems out of her life. Her only interest anymore is being the best of the best of the best for Kelly. She’s shown that she’s grown s much over the years, and she’s become the best mom on the show, if we had to say so ourselves.

This is a woman who has become a good mom, too. She’s not only a good mom to her own daughter, but to her adopted son, Douglas, too. She’s been good to him. She might not always know what to do or how to do it, and she might make some wrong decisions, but she’d lay down her life for these babies, and we know it. She’s made it her mission in life to be as much unlike her own mother as she can be, and we can see that in her ability to be a mother, too. She works very hard to be a good person who is not going to be like her mother. She’s shown she’s good at what she does as a mother, and we can only hope that she will continue on this path as she gets older and her kids to, too.