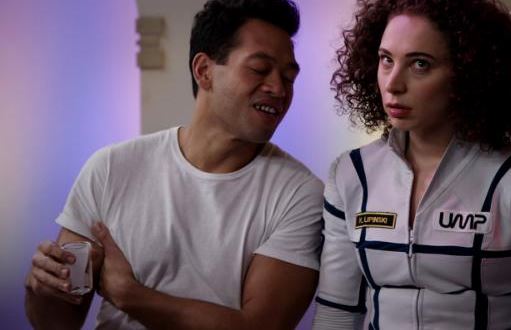 “Ted Talks” is the episode where all the pieces of Other Space come together: from the meta references to the diverse cast of characters, “Ted Talks” piggybacks on the three episodes before it, turning another half-hour of seemingly low key comedy into a clever little satire of reality television. More importantly, that satire has meaning for the show’s characters, from Tina’s time-delayed breakup, to Michael and Karen finally dealing with the sexual tension they’ve felt between each other since the academy, and A.R.T. remembering a bit of his humanity, all of which gives “Ted Talks”the aura of a comedy really beginning to click.

There is one flaw with “Ted Talks”; unfortunately, Stewart is reduced to desperation through most of the episode, his behavior around Tina the one part of Other Space that hasn’t found its groove yet. While their dynamic is fun, with Tina ignorant to Stewart’s obvious pining over her, “Ted Talks” doesn’t do much with it except remind the audience that Stewart is the good guy; while it’s nice to not see him try to take advantage of a drunk Tina, watching him fumble around and try to propose feels more exaggerated than other moments evoking similar emotions, like Michael and Karen’s inability to realize they like each other throughout the episode (even though Karen does stare right through him at one point, something that doesn’t seem to faze the third officer in the slightest). The exaggeration makes him more of a caricature than the episode really needs him to be, even in the heightened reality that A.R.T. and Zalian create when they realize the Cruiser is a repurposed ship from MTV’s Real World/Road Rules Challenge: Moonferno series, and begin manipulating the world around them.

Thankfully, Stewart’s whining is mostly reduced to a few moments, the rest of the episode providing room for some great “girl night” and “boy night” scenes, with both going disastrously in equally funny ways. At the girl party, there’s the tension between Michael and Karen while Natasha and Tina are getting drunk (Natasha concocts some kind of digital equivalent to vodka), and the boy party has Kent, which of course leads to uncomfortable conversations about human genitals. In four episodes, Other Space has done a fine job building a rapport between all of its characters, and it gives such breadth to the barebones external plot; “Ted Talks” takes place over the course of twelve hours (ending with the realization that the ripple that pulled them into this universe may be a common occurrence), but the rapid succession of interactions build to world-shifting moments – like Tina being single, which hopefully isn’t a story that begins to dominate the show, because it brings down Stewart’s otherwise great character, even though it makes a fine showcase for Milana Vayntrub’s abundant comedic talent.

That rapport makes the little touches of “Ted Talks” stand out; Karen’s insecurities about being left out at girl’s night (and why Michael is selected to be with her), A.R.T.’s self righteousness when he becomes an honorary crew member (opening doors willy-nilly), and Tina’s dismissive attitude when she realizes the Amish guy she unfroze isn’t going to sleep with her and lets him out of the airlock are all hilarious moments, accented with Kent’s ridiculous bits of dialogue (Neil Casey’s delivery is perfection) and Natasha dancing in the background, having more fun than any other A.I. in the history of modern sci-fi. It can’t be understated how Other Space has been able to establish a distinguished set of individual voices for its characters, while also displaying such a mastery of its voice delivering story at the same time, integrating the two when most shows would overtly favor one over the other. That careful balance between grounded characters and absurdism (something that is apparent in every facet of the show, right down to the visuals) is what’s made Other Space feel so fully formed from the get-go, something “Ted Talks” capitalizes on from the moment a tear rolls down Tina’s cheek, to the closing moments, teasing another sinister force, poised to threaten the crew in new ways in the season’s second half. 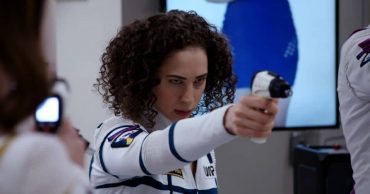 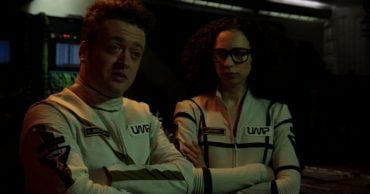 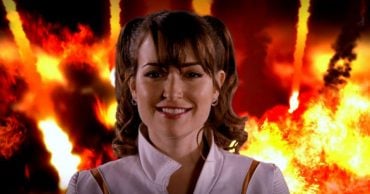 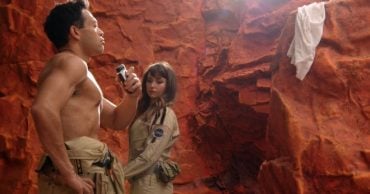 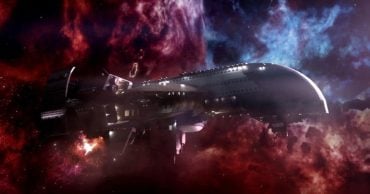