Home
Movies
Oscars 2020: There Is No Best Actor Race without Eddie Murphy

After the Academy announced who the Oscar nominees were, and everybody online was justly excoriating them by reviving the well-worn hashtag #OscarsSoWhite, a curious defense started popping up on the Oscars’ behalf, one clearly fronted by people who had no idea what they were talking about (and probably wouldn’t have cared even if they did).  The Oscars weren’t prejudiced, you see, because they did nominate actors of color; not only did you get Cynthia Erivo (a frustrating bit of tokenism that I’ve already addressed when discussing the Best Actress race), but you have Antonio Banderas up for Best Actor. 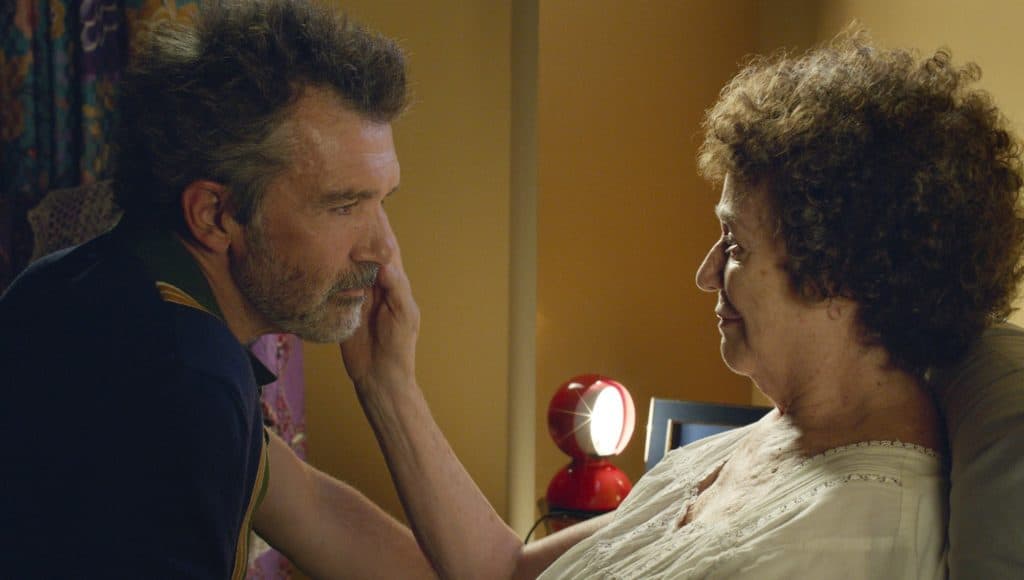 Spoiler alert: Antonio Banderas is not a person of color.  There is, in fact, a great deal of difference between being a Latino (denoting ones of mixed ancestry between Latin American natives and White colonizers from Spain or Portugal) and being generally Hispanic (denoting a person or people more loosely connected to those same countries, without the inherently racial-ethnic component).  His inclusion (which, to be clear, should be celebrated) does nothing to curtail the Oscar’s racial preferences and racial exclusions.

Banderas’ otherwise worthy inclusion among the nominees is, however, a further indication of the walls that are being broken down as a direct result of the crucial activism of the #OscarsSoWhite movement in response to the Academy’s total exclusion of actors of color in 2014 and 2015.  As a result of the backlash they received for ignoring actors like David Oyelowo and Michael B. Jordan (among many, many others), the Academy dramatically shook up the makeup of their votership: retiring older voters who had long since left the industry and aggressively bringing in a new class of members that were decidedly younger, more diverse and also more foreign.  Because of this, the Academy’s already notable opening up to international films and performances was greatly accelerated, giving us Best Picture nominees (and even frontrunners) like last year’s Roma and this year’s Parasite.  Banderas’ presence in this lineup is an encouraging reminder of that change that is still happening in the Academy, even though he should hardly be used as an attempt to explain away the lack of Black, Latino and Asian actors in this years race. 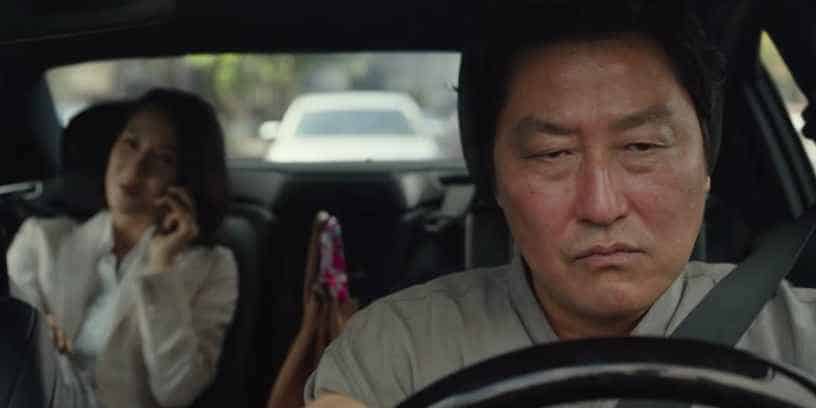 It’s not even like the Academy would have to look all that far to find worthy performances to reward, either.  Parasite is one of the most-nominated films of the entire ceremony.  Not only is it a virtual lock for International Film and in a tight race for Best Picture, but stands a very good shot at walking away with trophies for Director, Original Screenplay, Editing and Production Design.  Bizarrely, however, despite the love showered onto the film by the American film industry — and despite winning the Screen Actor’s Guild’s award for Best Ensemble — Parasite garnered a grand total of zero acting nominations from this country’s most prestigious awards body (a fact that many have attributed to pure racism within the acting branch: that the largely White voters therein were unable to view the expansive cast’s powerful performance with the same degree of empathy and humanity that they did for the ultimate roster of exclusively white actors).

And, to be clear, there are enough sumptuous performances in Parasite to reasonably appear in every one of the Oscars’ acting categories.  Hell, you could do that with just those playing the members of the Kim family alone.  I would even go so far as to argue that the strongest among them all is Song Kang-ho, who plays the ambitious patriarch of that family.  His is a wonderfully subtle performance, reminiscent of KiKi Layne’s equally overlooked (and equally beautiful) turn as Tish Rivers in Barry Jenkins’ If Beale Street Could Talk just last year.  He got several meaty scenes throughout his film that should have suitably wowed Academy voters and grants his character with a degree of grace and humanity that is so often withheld from the poor and downtrodden in society.

Certainly, I think he did a much better job of doing exactly that than the heir apparent to Best Actor Oscar: Joaquin Phoenix.  Now, don’t get me wrong, Phoenix is a great actor and his appearance as Arthur Fleck in Joker was… fine.  It was fine.  The movie was fine.  Everything was perfectly, ordinarily, unimpressively okay.  And while Phoenix is admittedly the best part of that movie, and a solid performance from the year as a whole, I feel that the movie’s ultimate legacy will be turning moviegoers on to the better films and performances that it cobbles together into a Frankenstein’s monster of a movie (including, but certainly not limited to, Martin Scorsese’s classic Taxi Driver and The King of Comedy and Phoenix’s far superior performance in You Were Never Really Here).  In another year, I could maybe see letting Phoenix into this lineup (and certainly far behind the much more impressive work of Adam Driver and Leonardo DiCaprio), but certainly not when there are so many worthier performances being ignored from actors of color (and, judging by Phoenix’s BAFTA acceptance speech, I imagine that he would agree).

Performances such as the one given by gripping newcomer Winston Duke.  First hitting the scene by playing M’Baku, the chieftain of Wakanda’s Mountain Tribe in Black Panther, like costar Lupita Nyong’o, he pulls double-duty in Jordan Peele’s Us: playing both yuppie husband Gabe Wilson and mute brute Abraham with equal skill.  Especially on the rewatch, the amount of depth and difference he instills into these two characters is jaw-droppingly remarkable, especially in the unique physicality and body language each role demands.  And, just like Nyong’o, he defies the typical Academy perception of what a Black character (and Black actor) can and cannot do. 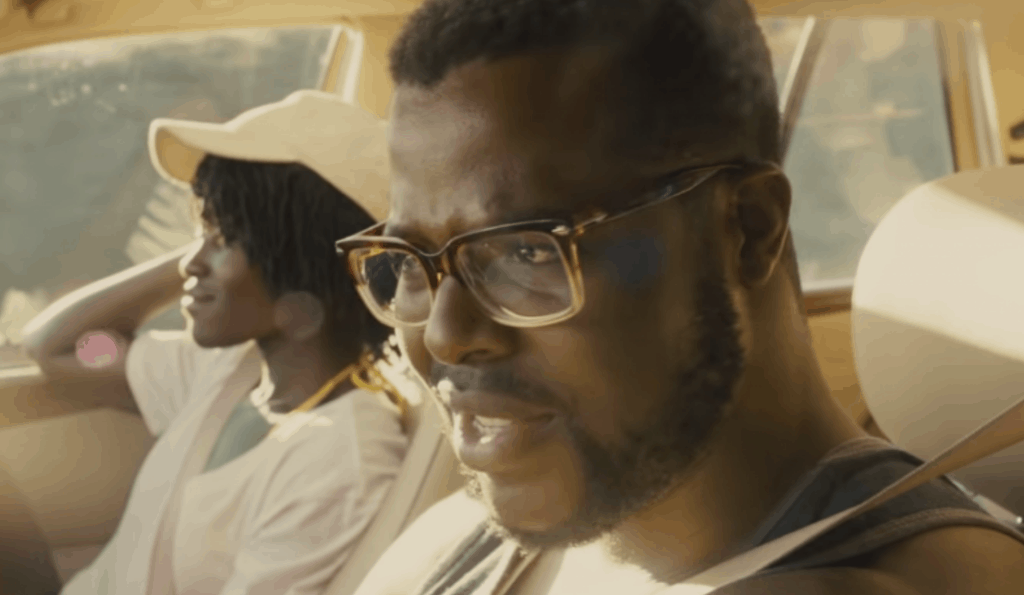 Most Oscar critics have turned their attention to Adam Sandler’s career-best performance in the Safdie brothers’ Uncut Gems, and it’s certainly hard to argue with that.  I might not be the biggest comedy guy out there, but Sandler is a natural talent both in and out of his more familiar comedic roles, and I have generally preferred him in his dramatic work too (in Uncut Gems considerably more so).  But to me, the biggest and most egregious omission in this year’s Best Actor Race is Eddie Murphy, who pulled out all the stops for his dynamite, comeback performance in Netflix’s Dolemite Is My Name.

Like Adam Sandler, Eddie Murphy has always been better than most people give him credit for, and performances that touch on his dramatic talents have always outshone those that kept them at a comfortable arm’s distance.  Until last year, this was most evident in his Oscar nominated turn as high-flying performer James “Thunder” Early.  And while I love Alan Arkin and Little Miss Sunshine as much as the next guy, the fact is that Murphy was robbed of Best Supporting Actor in 2006, a loss that he evidently took to heart, as the man notably retreated from acting outside of his various Shrek spinoffs and his unfortunate taste in family comedies. 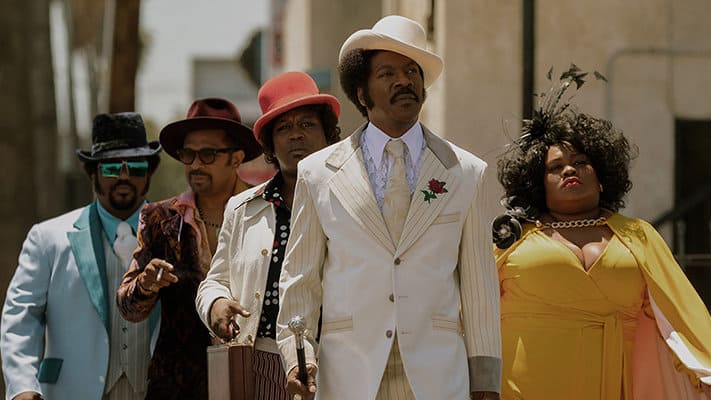 But now, for the first time in well over a decade, Murphy is back and summoning the totality of his acting talents the role of Rudy Ray Moore, the self-styled entertainer at the heart of the Dolemite persona and the widely-credited Godfather of Rap (whose crass, spoken-word delivery doubles as a clear inspiration for Murphy’s own comedic delivery), in Netflix’s Dolemite Is My Name.  If you thought that Murphy was at the top of his game in Dreamgirls, you have yet to see him take on this challenge, which he does with grace and aplomb and his characteristically side-eyed charm.

It’s easier to see why Murphy fell off Oscar’s radar than it is Nyong’o (whose star-vehicle, Us, perfectly repeated the Get Out Oscar playbook from two years prior).  Murphy, though  delivering a comeback performance for the ages, is not the front-and-center star presence that he was back in the mid-2000s.  Netflix — having bitten off a bit more than they could chew this year between this, Marriage Story, The Irishman and The Two Popes — clearly de-prioritized this one in light of those films’ better chances at Oscar significance (although the reasons why three movies about the concerns of White people were seen as more viable awards contenders should be readily apparent to anybody who’s been paying attention thus far).  And, like Nyong’o, Murphy delivers a powerful, modern and altogether incendiary portrait of what a Black person living in the (nearly) here-and-now looks like: not a slave, not a servant, not a crook, but a hard-working, down-on-his-luck, fiendishly creative and largely unrestrained man who challenges the exact same stereotypes that the Academy so frequently rewards and carves out for himself his own place within the larger culture.  The fact that Murphy has been outcast from the Oscars (to say nothing of the film’s other obvious omissions in the Costume, Makeup & Hairstyling, Original Screenplay and Supporting Actress categories) is downright shameful of the Academy. 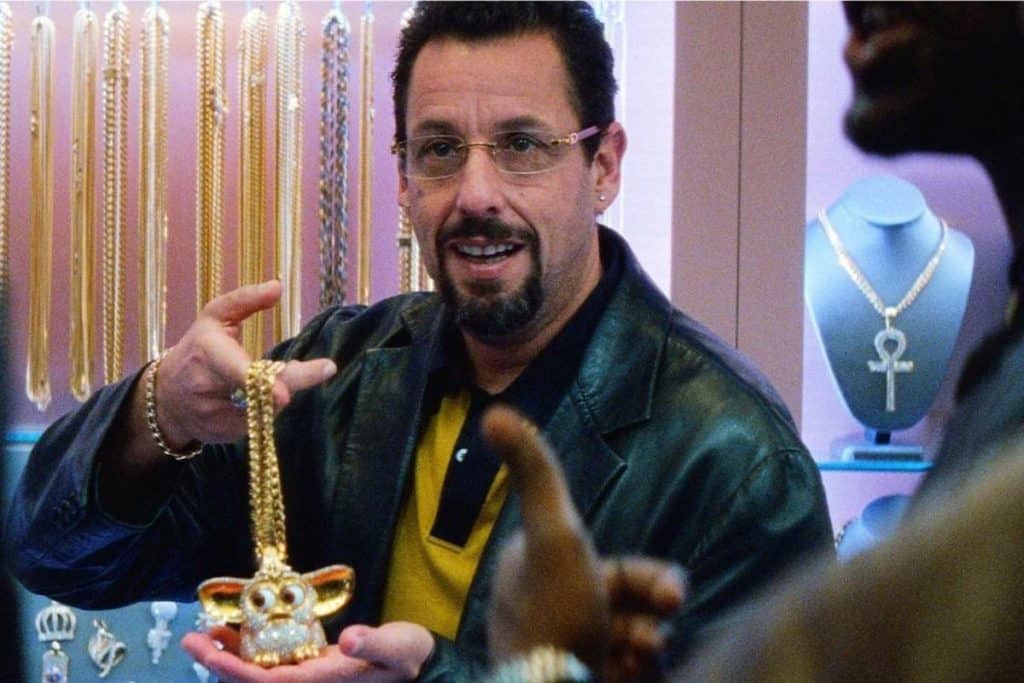 Again, just like I mentioned when discussing the Best Actress race, this is not about tokenism among the nominees, giving some kind of a “handout” to minority groups or looking for quality where there is none to be found.  The quality is right there, staring all of us in the face.  And it’s not coming from eleven-time Oscar nominee Joker, either.  It’s coming from movies like Parasite and Us and Uncut Gems and Dolemite Is My Name.  Elsewhere, it’s coming from Hustlers and The Farewell and Midsommar.  Our cup runneth over with the spoils of high-end cinema, and all the Oscars have to show for it is its blank slate of monochrome nominees.