Home
Movies
The Connection between Jason Bourne and American Ultra 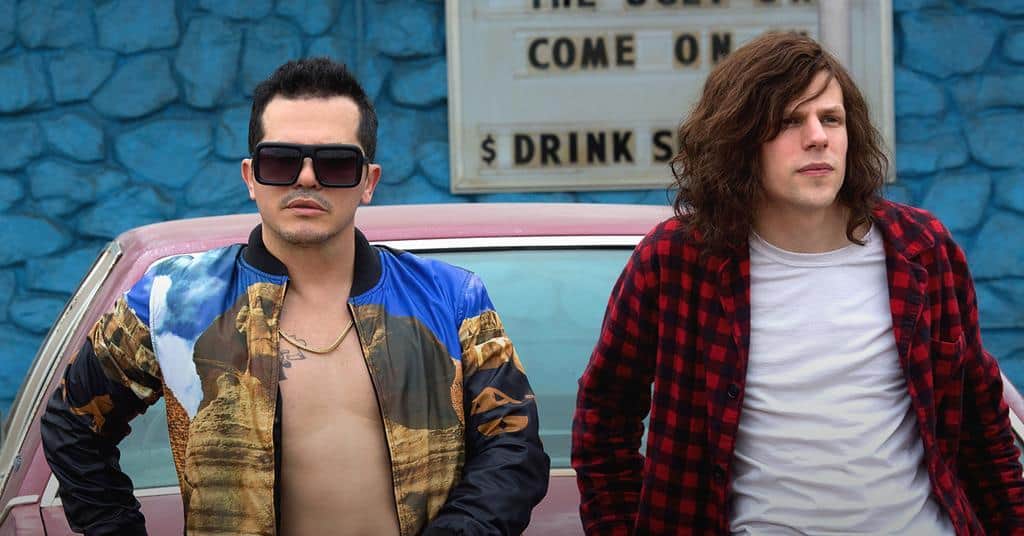 It’d be easy to say that American Ultra might be a world away from the Jason Bourne movies, but there are similarities that might be able to connect them in terms of the government presence that keeps both programs running. In a sense, American Ultra is kind of like a looser and sillier version of Bourne since certain elements are definitely there, and AU does manage to push the idea of training people and brainwashing them when it’s needed, but it’s accurate to state that both movies are so wildly different that trying to put them together would be kind of difficult. When looking at both movies closely it’s easy to state that AU has a more comic book feel to it while JB feels like something that might be possible in the real world given how it was filmed and the fact that it does adhere to a worldview that might be a little comprehensive. That, and there’s a lot less sensationalism in the JB movies. To put it nicely, AU feels as though it might be the junior division of Treadstone, a startup of sorts.

There’s not much doubt that the main protagonist of the Bourne movies would be victorious if set upon AU’s protagonist since while the skill set and abilities of both men are impressive, Bourne feels a little more hardened and a lot more experienced, and on top of that, he doesn’t need to be ‘woken up’ in any way since he’s deadly all the time and is ready to go at a moment’s notice. It could be that Mike Howell, AU’s main character, is capable of taking Jason Bourne to the limit if things weren’t settled in the first minute, but there are still other elements to consider such as size, experience, and the fact that while both have the same skill set, roughly, Bourne is more or less better at what he does since he’s been in the field far more and not tucked away where he can’t cause any collateral damage.

Imagining that there’s a government program that branches out enough to cover AU and Treadstone is easy since it’s fair to think that both programs would know next to nothing about each other given that there’s no need and that it might be worse if one operation were to know of the other since it could create mass confusion. But believing that they exist in the same universe would be easy since there are a lot of similar traits that both movies share in terms of those that are attempting to contain the main characters. To tell the truth, the handlers of both Howell and Bourne feel like bumbling fools most of the time since they can’t really keep a lid on their business or even bring down the individual they’re after, either because the target is too heavily trained or because the people they send after them aren’t up to the task, or both. That’s why it almost feels like American Ultra is the brainchild of someone that had something to do with Treadstone but wanted to go a different route and ended up making an even bigger mess.

Think of it this way, when Jason Bourne went off the rails, the guy disappeared and might have even stayed gone once he had the information he wanted. But he was considered to be too much of a liability and therefore became hunted, meaning that while he tried to remain below the radar, those hunting him made it necessary to engage in one conflict after another over the years and were in effect just as responsible for the damage that was done as Jason was, though, in all honesty, Jason reacted to the attempts on his life, which was bound to happen. Mike Howell, on the other hand, was content enough to remain where he was and not bother anyone since he might have had a slightly less than satisfying life, but he had what he knew, and that was enough. When he was activated though it was like setting a timer on a bomb with unknown potential. In a sense, Bourne’s story was a prolonged burn that Treadstone was attempting to put out even as it lit small blazes all over the world, while American Ultra was the big explosion that had to be snuffed quickly.

It’s very possible that American Ultra and the Bourne movies exist in the same universe since the fact that Howell couldn’t leave his hometown due to the crippling anxiety he felt would have kept him off of Bourne’s radar, and therefore the AU program wouldn’t have conflicted with Treadstone. But think about what would happen if Howell, now loosed from his constraints, were to meet up with Bourne? Yeah, Bourne would likely end him, but it would be an insane fight all the same.