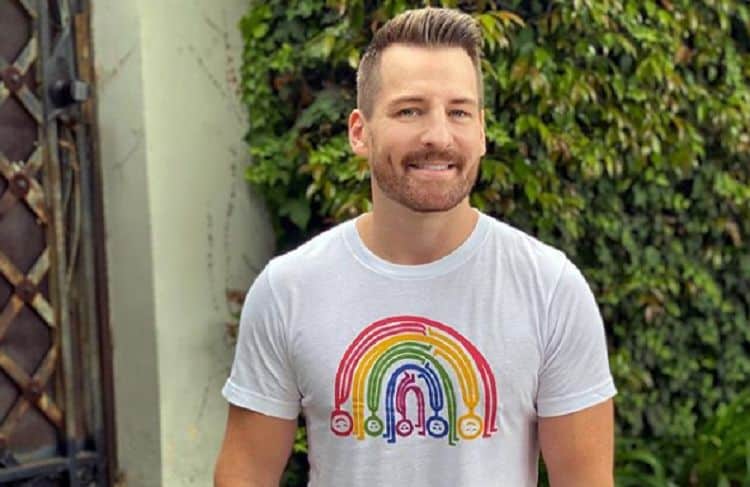 Orlando Soria is a man you need to get to know as quickly as possible. He’s got a new HGTV show being introduced, and it’s going to be an amazing combination of style, flair, and excitement. Critics say that it’s a show that reminds them of a cross between “Fixer Upper,” and “Queer Eye,” and we can tell you that we are a little bit more than excited about it. So, who is the new host, what’s he like, and what can we expect from him? Let’s find out.

If you’re worried that your designer doesn’t have an educated eye, you’re going to want to stop right now. While we are firm believers that college is a wonderful place to go and everyone should strive for a college education, we also don’t feel that it’s necessary if you have a gift. Orlando Soira has a gift, and he also has an impressive college education. He attended Cornell University’s College of Architecture, Art, and Planning, and he’s a graduate. He also attended the University of Pennsylvania School of Design. He’s clearly in the know.

Aside from appearing on various shows and doing all the amazing things with his career, he also runs a lifestyle blog. It’s called Hommemaker, and we are all about it. It’s a great read if you’ve not yet been to his site to check it out.

Born on July 5, 1982, he’s not only a man who got to grow up in the best of the best decades (the 80s and 90s…no cell phones or social media or constant connection). He’s also a man who has two siblings. He’s one of three. However, we have no idea if his brother and sister are older, younger, or one of each.

We aren’t talking spiritual or religious right now (though those are awesome, too). This is a man who believes that redecorating and redesigning your space is a great way to help you get over a broken heart. We love that. So many people are so quick to makeover their bodies and their physical appearance, so why wouldn’t you want to make over your home and space and make your life that much better, brighter, and happier?

5. He Went Through a Terrible Breakup

So, we don’t know if he is currently dating, but a few years ago, he was living with his boyfriend. Ladies, we apologize that he’s not available for you. However, there was a horrible breakup with that situation, and that’s what led him to come up with his concept for his show, “Unspouse Your House,” which allowed him to find some freedom and healing in making his space his own again by getting rid of all that was not his own style, design, and that reminded him of the painful past.

If there is one thing we love most about him aside from all the other amazing qualities he has, it’s his sense of humor. He’s quick and witty, and he’s always self-deprecating. But, not in a way that makes you want him to stop after a certain point. He’s the perfect mixture of hilarious and amazing, and we are all about it.

7. He Grew Up in Yosemite

So, we told you we don’t know too much about his family, but we did manage to uncover this snippet of information. He’s from Yosemite. Well, he grew up in a cabin in Yosemite National Park with his mother, father, and his siblings. That’s amazing, right?

8. His Parents Were All-American

Okay, so we don’t know exactly what it means to be all-American other than the fact that it’s what you say when someone is a hometown football hero or business owner or political party or whatever (and we do love America), but his family really does sound like the All-American family to us. His mother is a teacher, and his father a dentist. How can that not sound so all-American?

Right now, our hearts hurt for this successful, handsome, hilarious man. His teenage years were not easy for him. As someone who really enjoyed that time in my life, it’s painful for me to realize that so many people did not. He grew up in such a conservative town in a time when things were not always widely accepted and talked about, and people were openly homophobic. He was not a happy teen, and it had such a profound effect on his life. We just want to say we are beyond happy that he took the successful, happy, beautiful, positive way out of a situation that sucked and made himself the real MVP in his life. We love his confidence.

10. He Was Going To Become an Attorney

Fun fact; when he was in college at Cornell, it was not to become an amazing reality television star. It was to become a lawyer. He was going to do it, and we think he would have killed it in the courtroom. Thankfully, though, he found this love of the arts and design, and now we all get to know him.