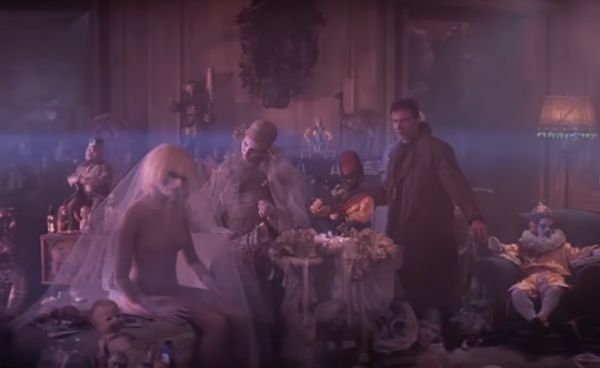 It was bound to happen just like with any other movie. The Honest Trailers got a hold of Blade Runner and decided to rip it apart just like they tend to do. You can’t blame them for wanting to dig a little deeper really, since the movie is a masterpiece but at the same time is held together by some very thin plot points and a premise that, at it’s core, could be plucked out of the midst of those same points and taken in a completely different direction. In other words, Blade Runner is a masterpiece to those that believe that everything from that era bears some respect simply because it spawned such a great deal of pop culture in return.

If you really look at the film you’ll see that the action sequences don’t amount to much time throughout the film. They’re brief flashes that are there and gone in some cases are drawn out a little more than they need to be. And for the most part Deckard, this tough Blade Runner that is a bounty hunter for replicants, gets his clock cleaned more than once. The replicants are of course stronger, faster, and in some cases smarter than the ones hunting them, but at the same time he’s a bounty hunter that specializes in tracking them down and taking care of them. You would think that at some point in his career he would actually toughen up, wise up, and figure out how to counter their impressive attributes so as to make sure that his disadvantage wasn’t so debilitating.

Also, the deal with Deckard being a replicant or not needs to be put to rest and I sincerely hope it is in the newest Blade Runner movie. People have gone on about this every time the subject is broached with anyone that has seen the original and still think that the opinion of the movie matters. Well it does now since the long-awaited sequel has come and people are now allowed to see Deckard as an old man. It might stand to reason that he’s not a replicant at all since he has a rather lengthy life span, and has not gone crazy like the rest of them. But then again replicants were being designed to be longer-lived. Of course the superior factor must have been bred out of Deckard if he is in fact one of them, because he straight up got beat down a few times throughout the movie by replicants that, had he been one, he should have been able to take on his own.

It kind of hurts to have to say this about Blade Runner because I happen to like the movie, but when you really step back and look at it objectively then you kind of begin to see just what Honest Trailers is talking about. There’s a reason why it underwent so many different cuts and was reworked a time or two. It wasn’t the instant classic that so many claim it was simply looking at the dismal box office numbers, and it was confusing enough that people had to watch it multiple times in order to really get the gist of it.

Time to take those blinders off and be honest with yourself. It WAS a classic, but only once it was messed with beyond belief.