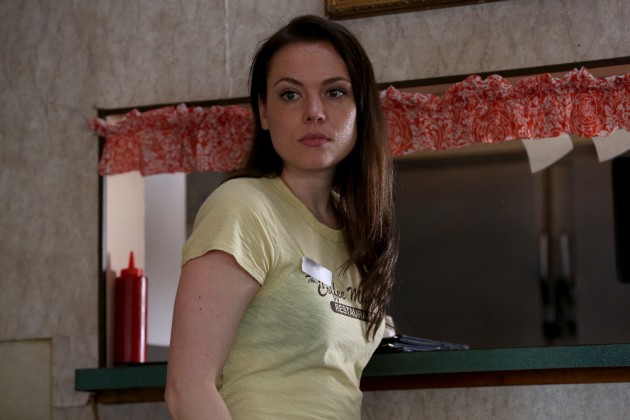 As the current television season is starting to come to its conclusion, things are starting to heat up even more on Once Upon a Time. In last night’s episode, Emma reunited with her long lost friend Lily, and their backstory was further explained.

While I haven’t been a big fan of some of the flashbacks in 4B, I’m always a sucker for some backstory on Emma, mostly because the actress who plays the young version of her is mirroring Jennifer Morrison so well. We learned that it was no accident that Emma and Lily stumbled upon each other, and this episode did a good job exploring that element. It was both sweet as well as sad to see that Emma was so close to having a family that she could be with, even though it’s much better that she got to be with her real parents in the end.

Seeing Emma and Lily interact in the present was way more intense than I expected, and while I’m not really digging the show’s teasing of Emma potentially heading down a dark path, Morrison did a terrific job in making you think for a brief minute that she would pull the trigger. It probably would have made things even worse back at Storybrooke if they came home and told Maleficent, “So yeah, this time your daughter is dead, like dead-dead.” We also discovered how Lily learned everything about Emma and the people of the Enchanted Forest, as the Apprentice got in touch with her when she was still a teenager and told her everything. I’m not expecting it to be the most pleasant reunion once they all get back to Storybrooke.

Meanwhile, back in our favorite little town, Gold paid Will Scarlet a visit and asked him to steal back Belle’s heart from Maleficent. I don’t know why I got so surprised when he revealed that he only wanted it for her and not himself; I guess Rumple’s whole behavior this season has made me question him and his love for Belle. However, it was nice that he didn’t have to try to control Will in any way by taking his heart; as Rumpelstiltskin admitted himself, if there was one thing that both he and Will cared about, it was Belle and her well-being. It was just refreshing for the first time in a while to actually not hate Rumple the minute he walked into the scene.

The only nitpick I have about this episode of Once Upon a Time was the scene when Robin Hood learned that Marian is actually Zelena, whose crazy smile only continues to get creepier (in a great way). Even though Robin discovers that his Marian has been dead for years and that the woman that he has been with him this whole time is actually one of the most wicked (pun intended) people to live, does he leave with Regina? No, he doesn’t, because, surprise, surprise: Zelena is pregnant with his child. This is probably going to make me sound heartless, but I hate that unborn children can mess things up so badly, and that’s why the ending of this episode made me cringe because of how unnecessary that was.

Overall, besides my problems with the final scene, “Lily” was a phenomenal episode that set everything in motion before next week’s episode, the last one before the two-hour season finale.