Home
Television
Once Upon a Time
Once Upon A Time Review: Hey Soul “Sisters” 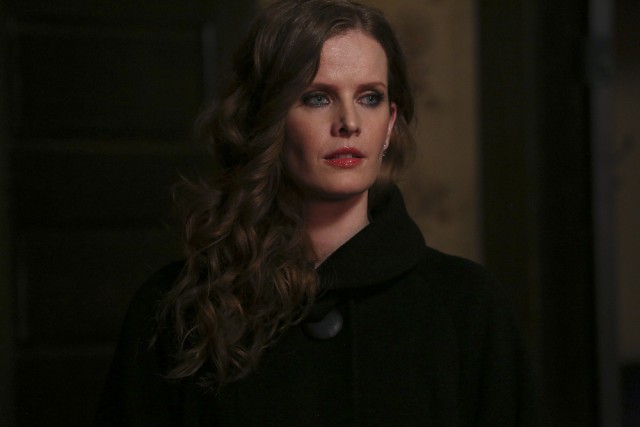 One of the best things about visiting the underworld on this season of Once Upon A Time is the remarkable character work being done. By visiting old characters that affect each of our heroes (and villains) the stakes are higher and the character motivations are more apparent than ever. Even on a show as backstory rich as Once, those details can be lost. “Sisters”, however, was a story of family and redemption, and well-told one at that.

This week on Once Upon A Time: David is ambushed and replaced by his brother, in an attempt to get James and Cruella back to the real world, so David, Emma, Robin, and Hook must stop him. Zelena, is offered the world (literally) by Hades, if she’ll only give him true love’s kiss to restart his heart. Regina enlists the help of their mother to reach Zelena’s senses. Rumplestiltskin finds a loophole in his deal with Zelena. In the flashbacks, Zelena and Regina meet for the first time.

I was really impressed with the emotional stakes in this episode. The sibling story between Regina and Zelena was extremely powerful. Though I’m not always a fan of when they insert flashbacks of previously not mentioned story, the fact that Cora stole their memories of meeting was an excellent touch. It addressed Cora’s unfinished business in a way that finally placed the blame on herself for Regina and Zelena’s strife, and was overall a really touching story. I didn’t expect this story to move me, but it really did. Some really strong acting all around, so Lana Parilla, Rebecca Mader and Barbara Hershey all deserve major props for this episode. They didn’t have to put anyone’s life in danger to put the stakes at an all-time high, and it was impressive.

I also appreciated the supplemental story also being sibling and family related. James and David’s relationship ended the opposite way, but it was also a different story. The resentment and jealousy was still there, but James harboring it was all his own doing. I’m sure it will absolutely wreck David to have tossed his brother in the river, but it was a strong story nonetheless. All of the acting work was a really fun parallel drawn by Josh Dallas, too. Fun stuff.

Regina was also not the only character to turn to an evil parent for assistance this week, as Rumplestiltskin has enlisted the help of his father, Peter Pan. It’s great to see Robbie Kay back on the show after episode 100, and not much has happened here yet, but it’s bound to be exciting.

All in all, “Sisters” was an impressively acted emotional journey. It leaned on the use of the dead characters and their unfinished business, and once again used that device to do some impressive character work on the main cast. This approach is working really well for Once, and this episode was a prime example. Impressive episode all around, and just a few more left. I’m excited to see what’s next.

One Upon A Time Season 5 Episode 19 Review: "Sisters"

Zelena and Regina work through their mommy issues, with Cora’s help, on this week’s strong episode of Once Upon A Time.