Home
Television
Once Upon a Time
Once Upon A Time Review: Emma Fights “The Final Battle” 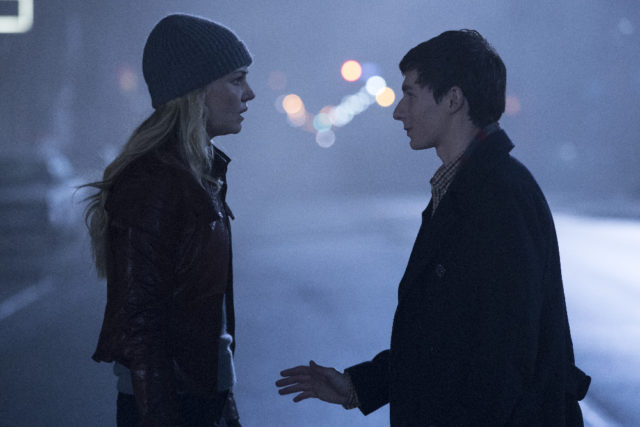 Because I have a strong desire to see things end well, part of me wishes that I was writing about the series finale of Once Upon A Time. However, if you have been following the news over the past week, you would know that isn’t the case, and instead I’m only evaluating the end of a chapter. This chapter was a long one, but one that I know fans (myself included) will be proud of, especially as time goes on. The last six seasons haven’t been perfect, but they have been exciting.

This week on the season finale of Once Upon A Time: The Black Fairy’s curse keeps Emma in Storybrooke, but without her memories, and sends most of the rest of the heroes back to the Enchanted Forest in imminent danger. Henry, the only person unaffected by the curse, must return Emma’s belief before it’s too late. Rumplestiltskin gets the raw end of the deal he struck. Everyone prepares for the final battle.

This episode very much felt like a series finale. Honestly, in almost every way, it felt final. But, the little hook involving the girl with the storybook, Andrew J. West, and a brief glimpse of Tiger Lily kept an air of fascination and excitement scattered throughout the episode. That said, I would have been happy with this as a series finale. The Charming/Swan saga has certainly come to a close. I completely agree with Jennifer Morrison’s assessment on that.

Here are a few things I was extremely glad to see, assuming I do not see most of these characters again:

Sure, there are other recurring characters that I would like to have seen brought back. But, I suppose that’s the beauty of the renewal, isn’t it? Not every character will return, but there is a possibility of seeing more Emma, Ruby, Mulan, Charming, Snow, Archie, Grumpy, etc., which should keep the die hards going for however long the show runs. I loved the way that Once Upon A Time ended things, but I’m extremely optimistic for the future. When the extreme cast shake up was announced earlier this week, I wasn’t sure how the show could possibly continue. Especially without Emma, Henry, Charmings, etc. But finding out that (spoiler alert) Andrew J. West’s character is actually an adult Henry Mills really hooks me in. I was not sure about continuing with the show before I watched the episode, but I’m almost certain that I will now.

I have nothing bad to say about the Season 6 finale, which ended things strongly for just about everyone, and I’m as intrigued as ever about the way the show plans to continue in the future. I hope that the magic, which has been slowly recaptured by the show over the last few seasons, will continue to come back and breath life into this franchise.

What did you guys think? Are you satisfied with the finale? Will you continue with the show in Season 7? Let us know in the comments!

Once Upon A Time returns this Fall on ABC

Our heroes brace themselves for the final battle with the Black Fairy on the Season 6 finale of Once Upon A Time.