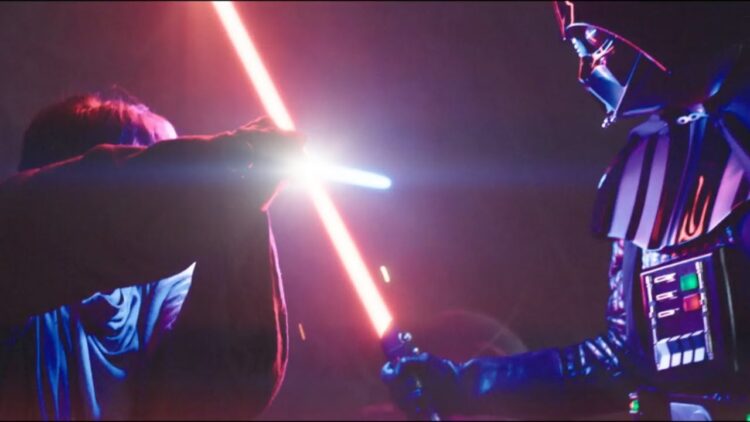 Throughout the year there have been finales that have been highly anticipated but have somehow managed to fizzle out in a way that people weren’t expecting. It’s fair to think that Ms. Marvel might have tried to wrest some interest from this episode is that they air on the same day and the same streaming channel, but it’s easy to think that Obi-Wan was the far more impressive episode of the two, because it had to be, and because let’s be honest, Obi-Wan has been a known badass for a long time now, and Ms. Marvel, as fun as the show has been thus far, is just getting started with her own show. In the meantime, a lot of people have been waiting patiently for the showdown that some of us, myself included, thought might be a mistake to bring up in this show, but now see was one of the best ways to end it. The overall concern was that it would destroy the continuity between Revenge of the Sith and A New Hope, but having Obi-Wan and Darth Vader clash for the finale was a great idea.

I admit, I’m eating a bit of crow on this one, and I’m glad to do it since this fight was absolutely epic as Vader fixated so much on Kenobi that he couldn’t help but let the other refugees go, even when the Grand Inquisitor tried to set him in line by stating that they could eliminate the Rebellion before it could grow. That feels like a common statement within the Empire that never did come true since there might have been a few moments when the Rebellion could have been destroyed or at least derailed in a big way, but it’s rarely ever appeared that the Rebellion would be crushed entirely.

The fact that Vader disregarded the Grand Inquisitor’s words and went after Kenobi though was insane as well as intense since it meant that Vader was gunning for the Jedi in a manner that made him appear unbalanced in his hatred. But it made for a great fight since the two of them went at each other in a manner that was brutal and not at all elegant but was still a display of skill and power. Many fans will no doubt notice how the battle mirrors the flashback that was shown previously when Obi-Wan was teaching Anakin that his desire for a win blinded him to the rest of the battlefield. This time it didn’t appear as though Vader was that arrogant or ill-prepared, at least not at first. His ability to break the ground around Kenobi’s feet and then bury him beneath one pile of stone after another was anticlimactic in a way since didn’t hold Obi-Wan as he found a reason to fight harder and push his way through the rubble. Interestingly enough, this brings to mind a moment in the Clone War graphic novels when a bounty hunter named Durge mentioned that he’d once been buried alive for a substantial amount of time. The situations are different obviously, but it did spark a memory. Apart from that, Obi-Wan’s surge in the Force was pure awesome since not only did he manage to free himself, but he took the fight to Vader soon after that, once again proving the fact that Anakin hadn’t learned how to secure the sure victory.

What was revealed when Kenobi took Vader down, kind of, was that Anakin had already decided that Obi-Wan hadn’t killed him, Darth Vader had killed Anakin, thus giving rise to the story that would lead into A New Hope as, if anyone remembers, Obi-Wan did call Anakin ‘Darth’ during their confrontation. This fight was every bit as impressive as the online, reconditioned fight that was seen in A New Hope, and it does feel as though these two would link up in a much better way now since it would explain Vader’s continued rage toward Kenobi. In a tense meeting with the Emperor via hololink, after Vader had returned to Mustafar and recovered, Palpatine questioned Vader about his motives, though Vader assured him that his mind was focused, and as the Imperial March played on, fans were given the feeling that nothing had really been settled, but that Vader had been subtly reminded of his place.

In the meantime, Obi-Wan made his way to Alderaan where he and Leia, and the Organa’s said their goodbyes until next time. It is exceedingly sad to think that even if there are adventures to come after this season, there is still the looming reality that awaits in A New Hope. But upon returning to Tatooine, meeting Luke, and making his peace with Owen, it was nice to see the Force ghost of Master Qui-Gon Jinn appear, as it made the point that Obi-Wan had finally regained his mastery of the Force. As finales go, this one was without a doubt one of the best that’s been seen in a while.