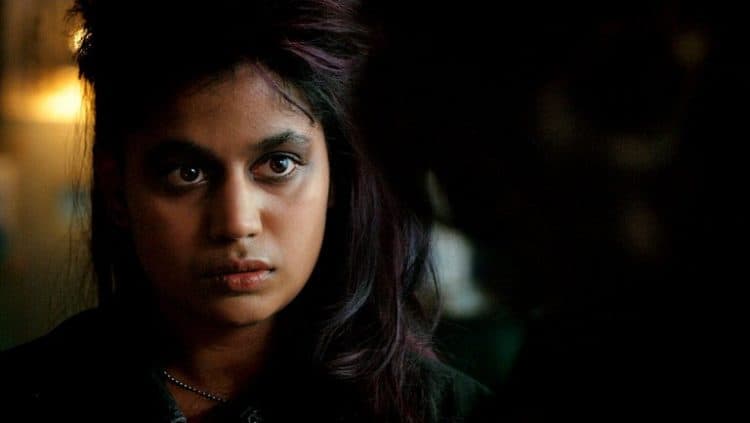 It’s fair to say that a lot of people were wondering just what had become of Kali in season 3 since it would have been nice to see her show up. Given the difference in her lifestyle and Elle’s though it’s hard to say any longer just what kind of reunion it would be. But for those that have gone deeper into the Stranger Things story by reading the comic books they’ll know that Kali has been attempting to round up the rest of the kids that Dr. Brenner was using for his experiments back in Hawkins to gather them for something big that might be coming in season 4. Whether she and the others will survive to that point is hard to say but it’s exciting enough to think that we might actually have the chance to see Kali in season 4 for a final showdown since the word so far is that the next season will be the last. A lot of showrunners would love to say that they see their programs going on for season after season, but Stranger Things came out with a definite expiration date on it, though most of us couldn’t have accurately guessed when. As Marc N. Kleinhenz of ScreenRant writes though this could be the buildup to season 4 and an epic showdown that has been waiting just behind the wings for a while now.

When the show first came out it was something that a lot of people didn’t know what to expect given that it featured a monster, a gifted child, and a mad scientist type all wrapped up in an era that had become popular yet again and managed to hook people in because of it. The whole 80s gimmick was something that managed to secure the interest for Stranger Things and the story took over from there was it rolled along, the Demogorgon proving to be the big threat in the first season as it continued to wreak havoc throughout Hawkins and the Upside Down continued to spread its influence throughout the town. The disappearance of Will Byers became another huge plot point as his mother Joy continued to slip further and further away from reality, while the boys and Eleven were doing their best to figure out just what was going on in their town. The second season finally introduced Kali and gave us a little more information on Eleven, painting a slightly richer back story than we’d been given before and making us realize that Kali was powerful as well, but with limitations that were a little further than Elle’s since she’d been on her own and developing her powers a bit longer.

How season 4 is going to shape up is at this point hard to say since the group is so fragmented that getting them back together is going to take some doing, and the Russia connection is still somehow going to have to work in to everything and make a finale that will satisfy those that have been following the show since season 1 and have been going all-in by learning as much as they can about the characters beyond what we’ve seen on the show. At this time it would appear that things are being set into motion that will hopefully grant the fans a chance to see something truly epic when the next season does hit, though when it comes to overall details there aren’t a lot to give out since thankfully the rumor mill is focusing upon the type of information that we already know and have been theorizing over for a while. The chances are pretty good that many people will need to go back and binge-watch the first three seasons once again just to remind themselves of what’s happened and this next season is going to be something of an epic, especially if it really does turn out to be the last season. There are many people that still believe that Hopper is alive and well in Russia and that the Upside Down might still be active on American soil thanks to the Russians.

The time period in which the next season will be set might be kind of interesting since there’s been so much emphasis on the 80s and 90s in recent years that it’s likely we’ll be seeing even more of it in the next season. One good question though is whether Kali will be keeping with the trends or if she’ll be stuck in the 80s if she does come back. Maybe we’ll get a grunge version of events once the season returns, or maybe we’ll see something completely different that we’re not expecting. The whole point is that season 4 is going to have to be something insanely unique that we haven’t witnessed before, while at the same time being comfortable enough that we’ll identify with it in a familiar manner. Jacob Robinson of What’s On Netflix has more to say about this subject.