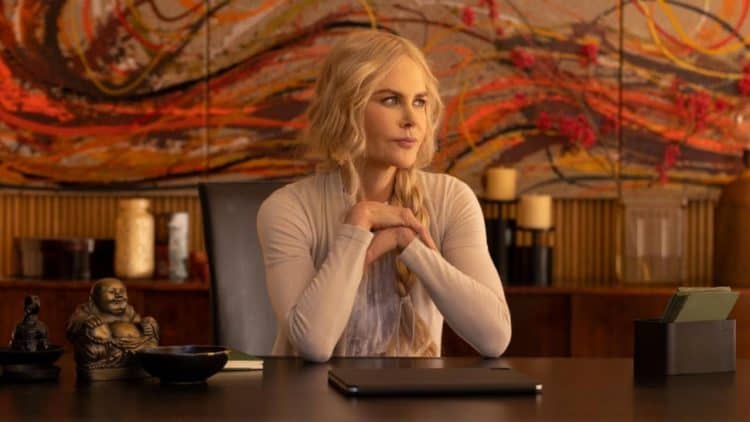 When we first meet Masha she’s a high-powered executive that ends up with a bullet in her chest in the parking garage of her job. When you fast-forward a couple of scenes later she’s running a high-end resort in the middle of nowhere with nine people that are trusting her to make them whole again. There’s something off about this wellness expert. Despite her attempts to keep it all together, you can tell that Masha is suffering from some mental health issues of her own that leave us wondering, “exactly who is Masha?” Here are 6 things you should know about Masha:

1. She loves being in control

Whether it’s in the boardroom or at her retreat, Masha thrives off being in control. She loves the fact that her clients are placing their destiny in her hands by relinquishing full control. In the first episode, when all guests arrive at Tranquillum she promises to “change their life, not just temporarily but forever”. She makes such promises as if she’s God. Masha uses unethical practices to reach her guests such as burying them alive or getting them high on shrooms. Although they are hesitant she’s always able to talk them into doing what she says. This only heightens her superiority complex and need for control.

2. She is an innovator

Even though Masha has left the corporate world she’s has stopped innovating and pushing the limits. For her, it’s all about results which is why she pushes her guests to the limit. When Lars reveals that he is a news reporter and threatens to reveal all the unethical practices that have been employed at the Wellness Retreat Masha lets him know that if he does it will only be good for her business. She believes that once people see the results, it will attract more guests and she’ll make a whole lot of money. It’s obvious that Masha still has this corporate mindset. Maybe she hasn’t evolved as much as she thinks she has.

3. Masha is a manipulator

Throughout the series, it becomes evident that Masha is more of a manipulator than a healer. Delilah and Yao get the worse. This couple had a genuine desire to help people and change their lives. For a while, they thought that Masha had the same agenda which is why they decided to work with her at the wellness retreat.  Masha even uses her wiles to rope them into a three-way relationship. In the latter half of the series the couple end up getting their separate ways. Delilah ends up leaving first when she decides she no longer wants to be a part of the circus of bull that Masha is creating. Unfortunately, Masha is able to create tension between the two and ultimately break them up. However, Yao is still caught up in Masha’s rapture until she drugs him with shrooms.

We’re all pretty shocked when we discover that Masha has a sexual relationship with both Yao and Delilah. Perhaps this is the reason why so much tension starts developing between Yao and Delilah.

5. Masha is married and has a son

Masha presents herself as a single woman with no children. Towards the end of the series, we learn that Masha is indeed still married and has a son that she doesn’t see.

6. Masha has a lot of healing to do

In the first episode, Masha describes herself as being healed of her trauma. The truth is that she is in no position to be helping other people face their demons when she has yet to face hers. Masha left her younger son and husband behind when her older son died. Although his death wasn’t her fault, she feels guilty that she wasn’t able to protect him and she couldn’t stand the sight of her family anymore which is what prompted her to leave. Instead, she sends money to her family every month.

In the  Season Finale, Masha’s husband begs her to come home so that they can be a family again. But she tells him that she is no longer a mother. It’s obvious that Masha hasn’t gotten over the death of her son and it has caused her to neglect the child that she does have and go against the vows she has made with her husband. How can Masha help her guests overcome the things that they have been through if her trauma has forced her into a life of seclusion? The Tranquillum House retreat is bogus and it’s all based on Masha’s delusional idealisms and false sense of self.