Home
Television
New Looney Tunes Shorts from Warner Bros. Are Worth a Watch 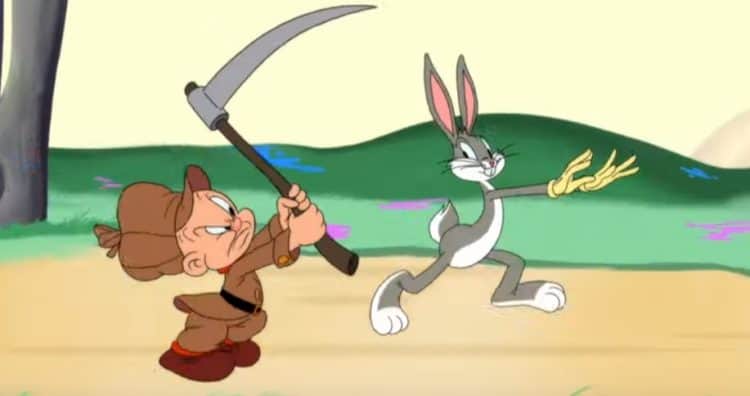 Mike Jones of ScreenRant seems to think that the new Looney Tunes shorts are going to be every bit as great, if not even greater, than what we were given before, and while it’s not in me to really agree it’s not enough to say that they won’t be worth watching. It’s true that they’re going to be different from the full-length cartoons that a lot of us enjoyed back in the day since the shorts have animation that is very updated and aren’t scripted, but the action is pretty much the same. In fact it’s a bit more intensified since Dynamite Dance tends to have an explosion every few seconds so as to maximize the hilarity and the feeling that, like always, Elmer is just out of his depth when he goes up against Bugs Bunny.

A lot of people have possible forgotten or never had the opportunity to experience cartoon shorts before a feature movie in the theater but it was a thing at one time. Christopher P. Lehman of Cartoon Research goes into this a bit by telling of how this used to be the norm and that such days are all but gone now. Pixar did their best to instill that same wonder and joy by creating short cartoons that could be viewed before a picture, but even those seem to have almost gone away at this point. In many ways these shorts are fairly simple and don’t offer a whole lot in the way of deep thought unless one chooses to apply such a concept to them, but overall they’re fun and engaging and something that can warm a person up to the movie to come. Looney Tunes has almost always been a favorite of many people and while the longer, featured cartoons are typically what a lot of people will remember the most, the shorts are still funny since they pack all the action of the cartoon into a very truncated feature with little if any of the dialogue that needs a build-up and resolution of sorts.

Some people like the shorts better than the full-length cartoons since they’re easier to process and don’t demand as much thought to be put into them, while some folks prefer the dialogue since it can add a bit of spice and pep to a cartoon that might otherwise be lacking. The fact that more Looney Tunes shorts will be rolling out eventually, it’s unknown when, is nice since it means we can expect quite a few more of these to come, obviously with more than just Fudd and Bugs. When it comes to Looney Tunes their long-running feud has been one of the best, and it’s been one that fits well into the short cartoons since there isn’t a whole lot of dialogue needed if you’ve watched the cartoons before. Elmer is a hunter, Bugs is his prey, and that’s where it tends to end and begin. The sad fact for Elmer is that Bugs Bunny is much smarter than most and has a comical way about him that allows the rambunctious rabbit to get the drop on Elmer quite often.

But there is a difference between this short and the regular cartoons since quite honestly Bugs has almost always been a trickster as it can be seen in the short, but he’s almost never gone so overboard as this cartoon is depicting. Yes, you’re right, it’s a cartoon and I shouldn’t nitpick, but the fact of the matter is that in the cartoons of before Bugs Bunny has almost always been a trickster and the kind of character that sought to outrun the hunter rather than try to stuff dynamite into every part of his body that a cartoon would allow. I’m being picky I know, but it’s a far cry from the slightly more cerebral manner that Bugs used to go about outsmarting Elmer, even if it is just a short. The short does allow for more action and less time to develop the usual back and forth dialogue and trickery that went on in the earlier cartoons, thereby keeping the attention span of the audience and insuring that it will be appreciated.

Whether we’ll start to see the shorts before movies is hard to say since with the ads, trailers, and whatever else that theaters are required to show before a movie starts, adding on a cartoon seems like it might be a bit of overkill since people are already getting antsy by the time the third or fourth trailer comes along. Then of course there’s the idea that showing a cartoon before certain movies might not be the best idea since it might kind of kill the vibe. Nope, we’ll probably see the shorts on TV where they need to be, and that’s just fine. 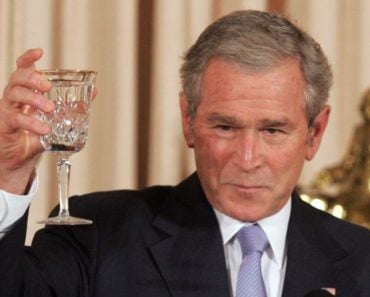 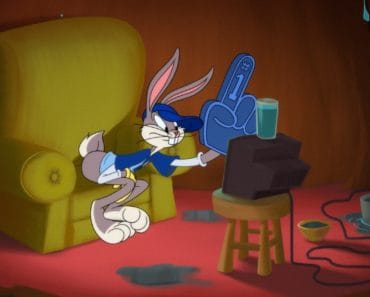