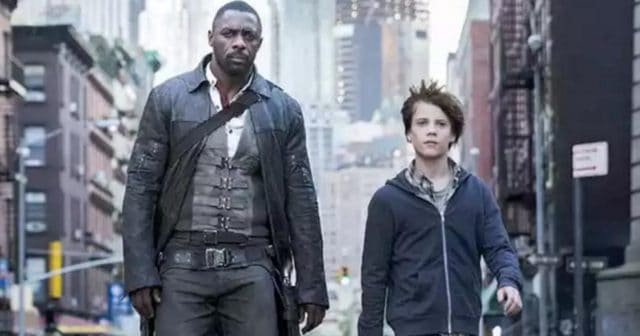 It’s difficult to predict if The Dark Tower is going to come off as a success but if there’s one thing you can’t deny in the hype for this movie, it’s how awesome Idris Elba looks.   This new image was just released and if there’s a man I want by my side, it’s definitely The Gunslinger.  For those of you who don’t know the plot of The Dark Tower, he’s a brief synopsis.

Roland Deschain (Idris Elba), the last Gunslinger, is locked in an eternal battle with Walter O’Dim (Matthew McConaughey), also known as the Man in Black. The Gunslinger must prevent the Man in Black from toppling the Dark Tower, the key that holds the universe together. With the fate of worlds at stake, two men collide in the ultimate battle between good and evil.

The plot is somewhere generic but I think at this point no one cares simply because Elba is such a beast.  Is it me or should he be one of the top movie stars in the world right now?  I don’t get it.  He’s that good looking.  He’s that good at doing an American accent.  This man’s got it all.  I personally think he should be the next James Bond without question.   Anyway, I’ll give my Idris Elba man crush a rest for a moment and let you revel in this photo.  What a stud.