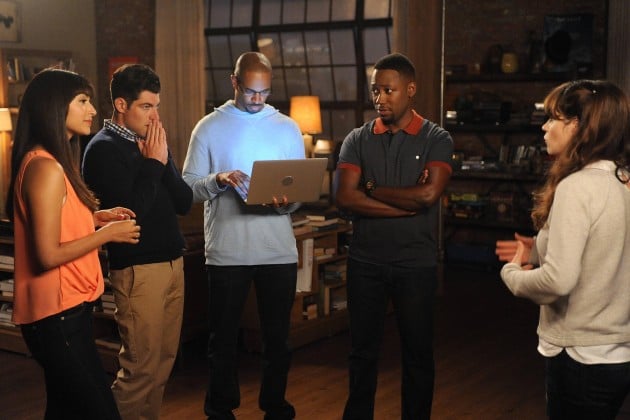 After two weeks of dealing with heartbreak, as both Nick and Jess struggled to get over the ending of their respective relationships, New Girl lets loose and revels in the weird lunacy of its universe for the second incredibly fun bottle episode of Season 4. And similar to “Background Check,” which focused on Winston’s friendships with his roommates, particularly Jess, “Spiderhunt” also centers its major conflict on the relationship between Jess and a friend, or in this case, her best friend, Cece.

Cece’s been avoiding the loft since admitting to Winston that her feelings for Schmidt have resurfaced, making Jess think that Cece is upset about something. The two friends are able to confront the issue head-on after Jess convinces Cece to come over to the loft to help them search for a spider, an insect that Schmidt is incredibly afraid of after an pie-related incident back in 1998, which was, of course, inspired by the movie American Pie.

The group’s chaotic hunt for the spider allows New Girl to embrace its wackiest impulses (there’s literally an entire C-plot dedicated to Nick making his family’s special sauce, which they simply call “The Sauce”) and pair up different characters as Jess tries to discover what Cece’s really hiding. Ultimately, while Jess’s pursuit certainly does produce some hilarious moments (her entire conversation with Nick, in which she believes they are talking about a potential relationship between him and Cece, and he believes they are talking about a popcorn maker for the bar, is nonstop funny), it gets at something deeper, illustrating the strong bond between her and Cece.

As an episode that focuses on the ladies’ friendship, “Spiderhunt” is much more successful than this season’s earlier installment, “Girl Fight,” which struggled to find any natural, organic conflict between Jess and Cece and never really amounted to anything other than some shallow and immature shenanigans. This week’s episode of New Girl showcases a deep sense of maturity, particularly from Jess, who, when she believes Cece is interested in Nick, doesn’t lash out in anyway at her best friend; she accepts the idea of the two of them dating almost instantly and does her best to help them get together because, at the time, she thinks it will make Cece happy.

However, where Jess may show the most dedication to her friendship with Cece is in her decision to not meddle with Schmidt and Fawn’s relationship (at least for now), respecting Cece’s wishes and instead providing support for her best friend in the simple action of holding her hand. It’s a small moment, especially in such a loud and frantic New Girl episode like this, but it speaks volumes about how much these two women care about one another. Cece was only afraid to tell Jess about her feelings for Schmidt because her knowing would make it too real, too scary, but when she finally does reveal the truth, Jess is right there for her, strong and supportive, never leaving her side.

And while none of the other stories in “Spiderhunt” match the thematic or character importance of Jess and Cece’s friendship, they’re still a ton of fun, from Coach’s many failed attempts at crafting the perfect email to send to May to all of the odd, disgusting ingredients that Nick puts in his sauce. Are they of much substance? No, not really, but they do reaffirm the fact that almost every episode of New Girl is elevated when the gang is all together in one location, no matter what they’re doing, just being the weird, slightly insane group of friends that we love to watch.

– Seriously, though, what is in that sauce that Nick is making? Aside from what was already in there at the start of the episode, I counted mustard, some sort of spice, bologna, mayonnaise, peppercorn, and “flat Jew bread” (loved Schmidt’s response to reading that, by the way). Not to mention, a whole lot of stirring. But, hey, apparently it works, as everyone, even Fawn, loved it.

– Going off that point, can we get a Nick Miller cooking spin-off where he just makes sauces the whole time? We can air it during New Girl‘s summer or winter hiatus. Or just give me an entire Halloween episode dedicated to Coach and Schmidt’s ten-foot tall Ralph Macchio costume. Your choice, FOX.

– Two things that never get old on this show: the group making stupid puns (I laughed at “Fondue gets Fawn done” way more than I should have) and Lamorne Morris’s facial expressions, particularly his goofy smile, which was on full display during Winston’s phone conversation with Cece.

– Nick and Jess’s confused conversation about Cece/the popcorn maker was textbook sitcom stuff, but how far the writers pushed it, not to mention the always present chemistry between Zooey Deschanel and Jake Johnson, really turned that scene into something special.

– So after receiving 15 drafts of his email, May agreed to go out with Coach. I liked May when we met her back in “The Crawl” and am excited to see more of her on New Girl.

– I didn’t have any type of American Pie incident like Schmidt did, but spiders still creep me out, no matter what.

– Winston trying to join Jess and Cece’s hand holding at the end of the episode was fantastic.

– Schmidt refers to spiders as “little half insects and half lobsters,” and suddenly, I’m not sure if I can ever eat lobster again.

– “You trusted Winston but not me? That slow puzzler. Officer Cat Fancy.”

– ““Jess is starting to find your behavior–suspicious. That’s a police word.”

-“Everyone was doing it with pies?” “Y2K was an uncertain time.” “I don’t know everyone Jess.”

– “Can you imagine how powerful that spider would’ve become if he entered my sauce?”

What did everyone think of this week’s episode of New Girl? 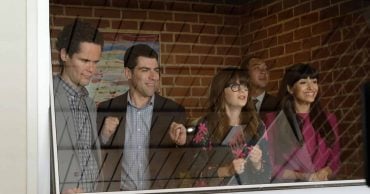 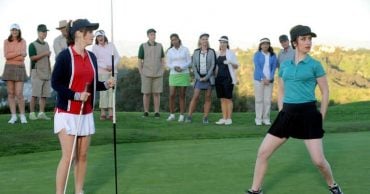 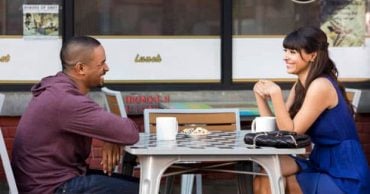 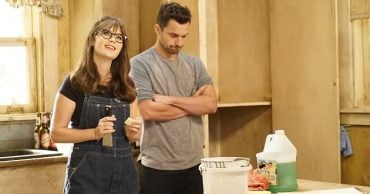 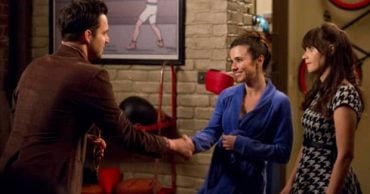 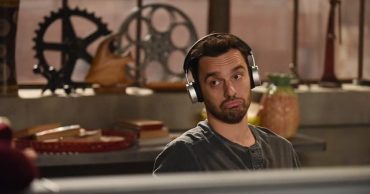