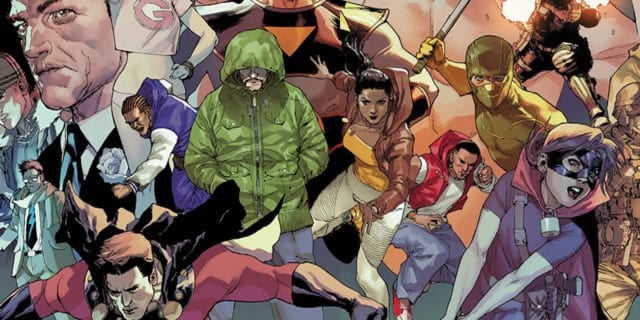 Netflix is a steadily expanding entity that is constantly on the lookout for new acquisitions. The latest procurement is Millarworld. The company just recently made the announcement that they have officially acquired Mark Millar’s comic book publishing company. Millar is known for his creation of stories and characters including Old Man Logan, Kingsman and Kick-A**. He’s a standard in the industry and the deal has come as a bit of a surprise.

Here are the details of the recent transaction.

Millarworld will now collaborate with Netflix to continue in the creation of new stories and characters, but they will come under the Netflix label. Millarwold’s collection of character franchises which have been presented on film will be available to Netflix members throughout the world, exclusively. It does imply a significant change in who will have access. It really couldn’t be better for Millarworld. The merger offers them a safe and sound environment for further developing their content, and getting it out to more people in film and series based platforms. Millar himself is very pleased with the new partnership and he doesn’t mind the agreement to turn over the reigns to the parent company.

A first for Netflix

Netflix is stretching its’ corporate wings by acquiring companies with high profile, immensely skilled creators. This is a natural progression in taking ownership of the intellectual property that is drawing the interest of high numbers of potential viewers for the company. Massive expansion is at high potential. Not all of the Millarworld creations have yet been realized, but the joint effort of the two companies will bring more characters and stories to life on film. This gives Netflix the perpetual rights to the materials that will be generated by staff of the new companies acquired. As a part of their current business strategy, Netflix is looking towards the future by teaming up the the creators that will help them become giants in the industry. They are keen on rejuvenating older franchises with potential and creating new ones in a raising of the bar. They are embarking on a journey to launch a “new era in global storytelling.”

Working with Mark will open up the potential for the popular stories and characters in the Millarworld comic universe. He has been compared in skill and creativity to the great Stan Lee. Netflix has opened the door for the creation of new films and series to follow. This will allow Netflix to develop their own series of “Netflix originals” for their subscribers. Works of Millar have been extremely popular with “Kick-A**,” “Wanted” and “Kingsman” grossing roughly $1 billion in the world wide box office.

No specific details of the agreement for the acquisition have been released yet. It remains unclear how much Netflix paid out to gain Millarworld, and they haven’t discussed many of the benefits that the company will get for their cooperation. We hope that more information will be shared in the near future. What we do know is that it is a historical event and everyone from both parties is satisfied with the situation and excited about what their future holds.