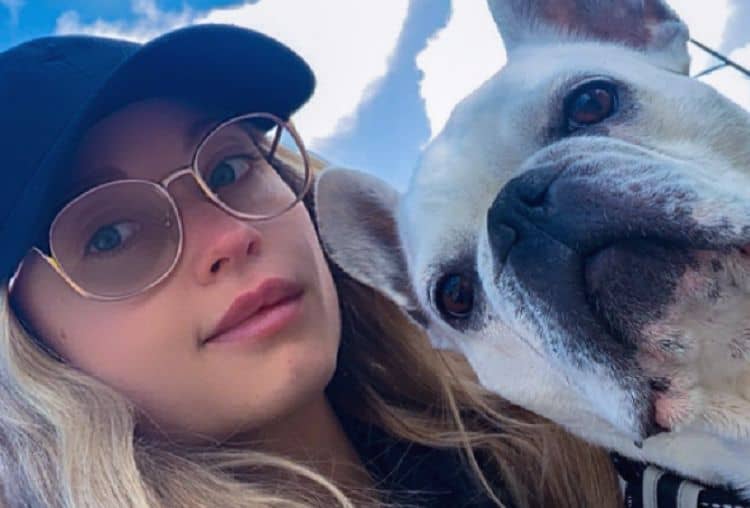 By now, the name Natalie Viscuso is more than a little familiar. The moment that actor Henry Cavill came out and announced that they are in a relationship, the world made her a leading headline on every internet website, paper, and magazine around. She’s everywhere, and you won’t find that there is enough information about her to go around. Who is this lovely woman who has stolen the heart of one of America’s heartthrobs? We have everything you need to know about her right here.

1. She Grew Up Wealthy

We know this because she was featured on the first season of MTV’s hit reality show, “My Super Sweet 16,” and she was living the life driving around in her father’s Bentley. He threw her a lavish birthday party, and she was clearly enjoying her time as a young woman with means.

2. She’s From the Southwest

She was born and raised in a small town with a big reputation, to sort of borrow a line from Taylor Swift. She was born in Roswell, New Mexico, the city famous for aliens and all that jazz. However, she did not grow up there. Her father moved her to La Jolla, California when she was a teen, and that’s where she grew up.

3. She’s Not Resting on Family Money

The common misconception in the world is that most kids who grow up with wealthy parents party, rely on their parent’s money, and do a lot of nothing significant in life. Natalie Viscuso is showing the world that this is simply not the truth for all. She’s worked hard to earn the position of vice president at Legendary Entertainment in the Television and Digital Studios department.

Growing up, she knew she would head off to college when she was done with her childhood education. She was accepted into the School of Cinematic Arts at the University of Southern California where she studied hard and graduated with her degree in 2011.

5. She Lost Her Mother

She spent a lot of time with her father growing up, but she was very close to her mother. Sadly, her mother passed away in 2017. Losing a mother at any age is a difficult situation, and it is no exception for this young woman who lost her mother when she was only in her 20s. It’s such a hard loss, and probably the most profound loss imaginable.

6. She Was Raised by Her Aunt and Uncle

While we do not know the entire story of why she was raised by an aunt and uncle when she had a father and a mother elsewhere, we do know that she did not always grow up with her father living the wealthy life in La Jolla. She spent her entire early childhood in Roswell, New Mexico with her aunt and uncle living a very modest life. She didn’t move in with her father in California until she was 15.

7. Her Father’s Then-Fiance Was the Reason She Moved to California

When she was younger, she said her father always wanted her to come live with her. However, he could not raise a little girl by himself. She credits her dad’s fiancé at the time, Melissa, for being the reason that she was able to come live with him. She said life was difficult in Roswell, and she didn’t enjoy it there.

8. She Wasn’t the Nicest Teen

We have a feeling Viscuso has matured a lot since her first appearance on reality television. She came across on her episode of the reality show as a spoiled brat who invited her two Roswell friends to her party so that they would take photos and show them off to the kids she grew up with in New Mexico; kids she claimed were always jealous of her because she was so much prettier than them. She also called herself mean and said she would invite 1,000 people to her party, but no losers. Thankfully, she appears to have grown up a lot since then. Not that we weren’t all such delightful teens at times, right?

While she might have had no problem sharing her very personal life and feelings on reality television when she was a teenager, she’s a lot more private now. She does not discuss her personal life with anyone, and she doesn’t share much of anything with anyone. She’s very low-key these days, and it’s good for her.

Dog lovers are the best people. She has an adorable French Bulldog we feel is aptly named Meat. She shows off photos of him on her Instagram account on the regular, and we are not complaining. What a cutie.