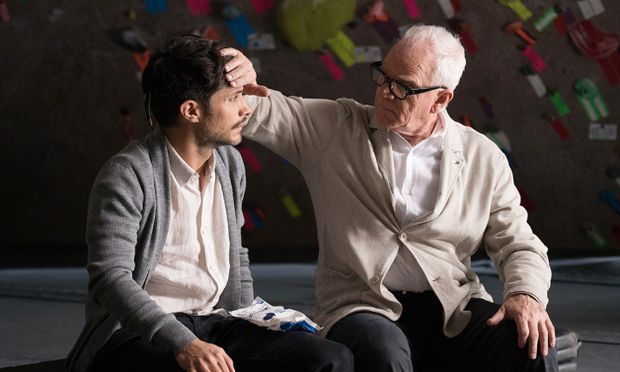 As Mozart in the Jungle‘s second season begins, Rodrigo finds himself in a place familiar to any creative type; reflecting on whether he’s any good at all, or if he’s just living in the shadow of  those before him, attempting to imitate their greatness, rather than create his own. With a visit from Mozart himself, “Stern Papa” opens with a stark reminder of the valley that often exists between an artist’s self-perception and their reputation: despite everyone telling Rodrigo how talented and awesome he is, he can’t seem to turn the New York symphony into something special, something he can truly call a success.

That existential conflict, which exists in some form in every creative person’s mind, offers Mozart in the Jungle an interesting framing device for Season 2 – something it severely lacked in its freshman season, which was more attuned to observing the life of a orchestra musician through the lens of “rock and roll life,” with all the drugs, monetary conflicts, and middle-aged sex that comes along with it. Immediately, “Stern Papa” feels like a show with slightly different priorities than last season. While there’s still plenty of the soapy elements that made Mozart so fun and frustrating last year, “Stern Papa” certainly has its eyes set on the symphony and its players in a more personal light, recognizing their age and social position offers an abundance of intriguing directions, rather than just those that involve people getting (or thinking about getting) naked with each other.

Two and a half months after the Sibelius premiere (in which Rodrigo’s ex-girlfriend lost her sh*t, forcing Thomas to come up and conduct for Rodrigo), the New York symphony just isn’t coming together. Rodrigo’s got band members answering phones during performances, he keeps firing the assistants hired to replace Hailey, and he’s facing an oncoming strike from the performers during the next round of contract negotiations, which is distracting him and everyone else involved as the final negotiation days draw closer – not to mention the orchestra’s new lawyer arrives on a motorcycle from Pittsburgh, which isn’t a promising sign (and also a lovely reminder of how blunt Mozart‘s thematic imagery can be). Much of “Stern Papa” is focused on Rodrigo beginning to crack under the pressures of legal red tape, and an orchestra that is slowly falling apart with each mediocre performance.

As the clock begins ticking down to Rodrigo’s big performance in his home country (apparently the New York symphony is going to Mexico this season!), “Stern Papa” excercises an extreme focus on Rodrigo and the increasing amount of stress he’s under, pulling away only for a moment to observe the changing lives of Hailey (she’s not into her dancer boyfriend anymore) and Thomas (“I’m a composer now – and I’m on a roll!” he keeps telling everybody). This fixation on Rodrigo certainly has its benefits; it gives the season a sense of tension it didn’t have last year, and underlines Rodrigo’s deep-seeded doubts about himself in something tangible, rather than just his musings with other famous, deceased conductors (boy, those fantasy sequences still feel weird on this show).

However, it also has its detriments: focusing so intently on Rodrigo doesn’t give “Stern Papa” a whole lot of room to breathe, and characters like Cynthia, Bob, and the other players of the orchestra fall by the wayside as a result. Mozart in the Jungle doesn’t lack for characters, but it definitely could benefit from a little time building out the ancillary players of its cast: at times, the myopic focus on its main four players makes the world feel narrow; having people like Cynthia, Thomas, and Betty are fantastic, but they need to feel like they exist, more than just be a recognizable face on-screen. With all its attention on Rodrigo’s anxiety and Hailey’s frustrations as she tries to focus on her oboe playing (apparently, she’s getting good!), however, there isn’t a lot of room for Mozart in the Jungle to shift its attention – and as a result, “Stern Papa” can feel a little thin around the edges.

That being said, “Stern Papa” is a pretty solid jumping off point for Mozart‘s second season, one that delays following up on the finale’s awkward kiss until the final moments, and is all the better for it. When Rodrigo rides over to Hailey’s house at 3 a.m., the sexual tension between the two of them becomes tangible for the first time. That shift comes from the depiction of their various stresses throughout the half hour: when Rodrigo talks about “the orchestra,” we can feel the conversation lying in some gray area between the orchestra and their attraction, giving their beautifully-filmed exchange (notice Hailey looking down on Rodrigo, her mentor and boss) wonderful depth, the likes we don’t really get with other conversations, both in this episode, and throughout the series.

Finding balance between human romance and the romance of music is crucial to Mozart‘s success in its sophomore offering. While the show certainly has a knack for quirky stories and characters, it has yet to convincingly marry them to the deeper thematic and narrative work at play throughout the show. Mozart in the Jungle is one of those shows that always feels a few tweaks from greatness, and the performances throughout this muted premiere are proof alone that the series has all the potential in the world, an intriguing show with a lot to prove in its second year. 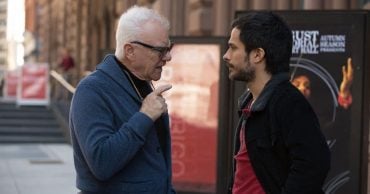 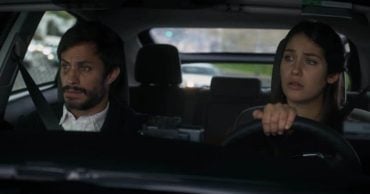 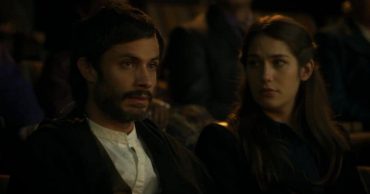 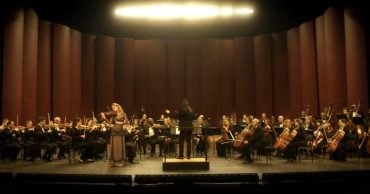 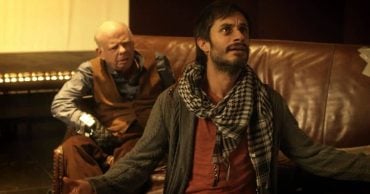 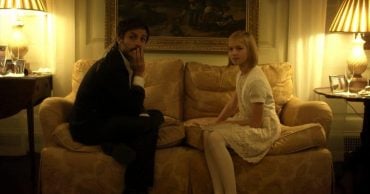