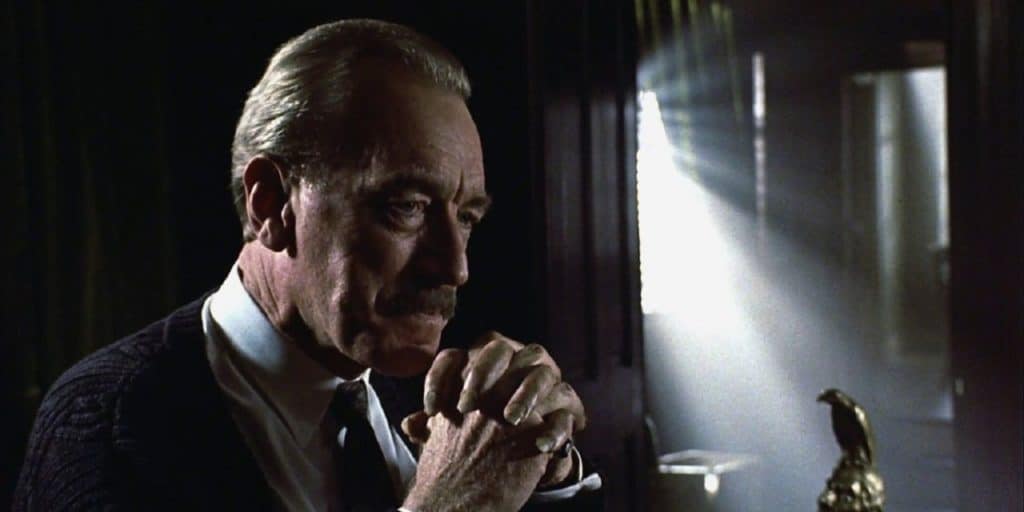 For the longest time, the movies that were based on Stephen King’s stories had one huge failing: they absolutely missed the point of the book. Okay, in all fairness a few of them hit the point but still fell far short of the mark when it came to the entertainment factor they were meant to bring to the screen. Needful Things, one of King’s best stories, is among those that were supposed to be great but ended up being little more than a romp through a story that covered barely anything that the book had to offer. The store in the movie paled by comparison to the store in the book, which always had some sort of oddity that any given person might look at and become sure was something that they absolutely had to have. And the price, that was one of the best parts of the story. Each item didn’t cost much, until it did, since the price of each collectible in Leland Gaunt’s shop came with a steep price that would eventually include one’s immortal soul, after a bit of mischief had been accomplished. What ended up being harmless fun and pranks however soon turned deadly since at some point people were being forced to wind each other up in ways that would only end badly.

Another fun trick of Gaunt’s was that the items he sold weren’t really the items that people thought they were, but through a touch of magic and the act of being able to divine what a person really wanted, Gaunt managed to wrap just about every person in town around his finger in some way. As some have mentioned, this movie would have been better off as a miniseries since it would have given much more time for the story to develop, and for Gaunt to play his games and make the town turn on each other over a period of time. Max von Sydow was the perfect actor for this part, but there are plenty of other actors that would do just as well, though not in the same way obviously.

Some stories need time to really stretch the plot out and let it breathe in order to get the most out of it. The sad part about this movie is that it rushed forward in a way that didn’t take into account what would happen if so much was cut from the original story. To be certain, Needful Thing was given a great soundtrack and a great cast, but it’s almost as though the director didn’t know what to do with what they’d been given. It’s very easy as an audience member to say what should have happened and what could have happened, and it’s not hard to think that the budget and the demands for this movie might have managed to get in the way, but whoever the finger needs to be pointed at then it likely wouldn’t be the first time since this movie came and went in a startling amount of time. When transitioning from a novel to the big screen, a lot of stories tend to lose a good deal of what makes them unique in order to create something that people will want to watch. But in the process, a lot of material gets dropped and simply left behind.

That’s too bad really since there was a great deal to this story that actually bled into other stories by Stephen King, with a clear Cujo reference at one point that was kind of nice. But the way that each director looks at a movie before deciding what to do is something that can’t be controlled, and nor should it in all honesty. All people can really do is hope that what they want to see will be taken into consideration by the director and that they’ll get to see what they believe will make the best story. It doesn’t always happen this way obviously, as this movie is a good example of it, but it would be interesting to figure out how the director sat around and figured out which items would be the best to present in the story since there was definitely emphasis given to some of them while others were virtually ignored.

As a reboot, this movie would need to be tightened up in a big way and the focus would have to shift to the most pertinent characters and situations, but as a miniseries, it might actually work better. In this manner, more attention could be given to Mr. Gaunt, and the items that he has for sale, as well as the pranks that he had people pull on each other, all the way up to the guns that he provided when people were good and riled. It would definitely be worth the effort.