Home
Movies
Movies That Could Use a Reboot: Ghost Ship 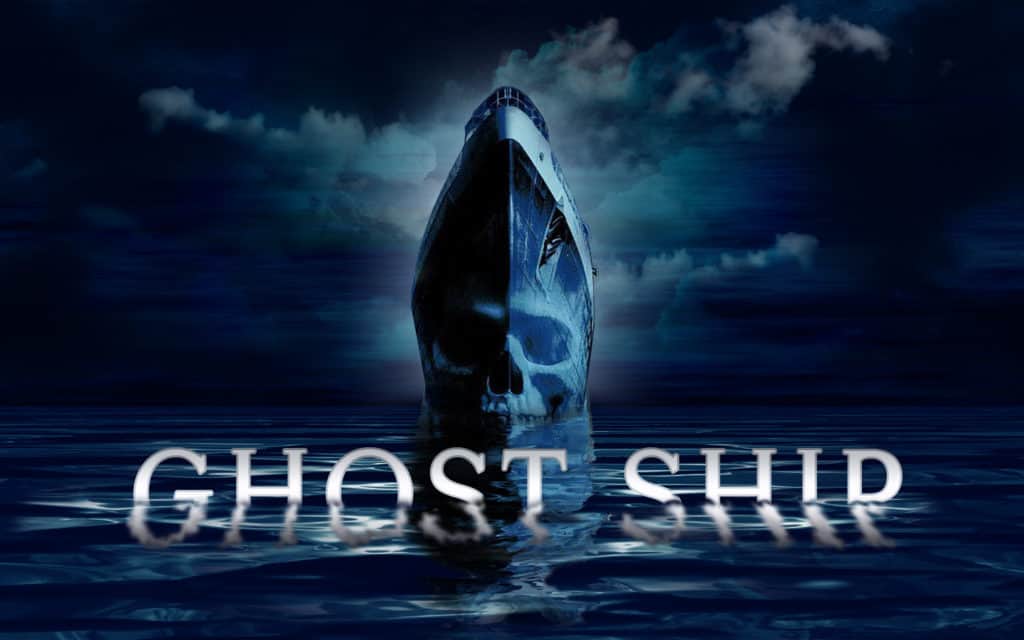 Walking into this movie in the theater as a younger kid my expectations weren’t too high since Ghost Ship did have a few stars that were fairly big at the time, but they weren’t the type of celebrities that one would look at and assume were going to be huge in the years to come. Well, obviously I was wrong about a few of them since Gabriel Byrne went on to have a moderate to great career, while Juliana Margulies is still around doing well. Karl Urban finally started getting noticed after a while and has been a fairly big deal for while, but the others, well, they’ve had opportunities here and there, as Emily Browning has gone the Indie route more often despite showing up in projects such as The Uninvited and even American Gods on Starz. But the story isn’t exactly cut and dried since it takes some time to get to it, but one of the main ideas is that the crew of the Arctic Warrior, a salvage ship, are enticed by the vague promise of a pilot named Jack Ferriman (the name alone should be a hint) that happened to notice a cruise ship in the middle of the ocean that might just be the Antonia Graza, which is a fictional ship created for the story.

But the legend is that the Graza was lost at sea in 1962, which is something that’s still possible today. Anyone that’s looking to deny this has to realize that the earth is covered by a great deal of water and that yes, it is possible to get lost amid the miles and miles of ocean that separates one landmass from another. But the supernatural forces at play in this movie were no doubt at play when hiding the Graza, as the crew comes upon the ocean liner quite suddenly in the darkness and ends up ramming into the side of the derelict ship, thankfully without any major damage that would leave them adrift. But the prospect of towing something as big as the Graza into port would be daunting for a ship twice the size of the Warrior, though the captain, Murphy, played by Gabriel Byrne, is adamant that it needs to happen.

Upon searching the ship, Epps, played by Margulies, sees the apparition of a young girl, played by Browning, when one of her fellow crewmen nearly falls through the rotted floor of a hallway. The state of the Graza is about as one would expect it to be, molded, tattered, and ravaged by nature since it was adrift for decades. But as things begin to happen, as the spirits stuck on the ship begin to interact with the crew, and when such things as bullet holes in the swimming pool are found, it becomes kind of obvious that something isn’t right. After overhauling the engine and making preparations to haul the Graza away for salvage, an unseen force causes the propane tanks on the Warrior to open wide, creating a massive explosion that tears the salvage ship apart and kills their mechanic while stranding the rest of them onboard the Graza. Worse still, the ship is gradually making its way toward a bank of rocks that will easily be the end of it.

Eventually, the ghosts begin to reveal secrets and, in one case, end up killing one of the crew members by tricking him into falling down a ruined elevator shaft. When Murphy learns the identity of the person that the Graza took onboard when they answered the SOS of another ship, he tries to tell the others, only to be tricked into thinking that Santos, the mechanic, has come back from the dead to torment him. When Murphy is taken out of the equation to keep everyone safe, the big reveal eventually happens as Jack is seen to be the main antagonist, as he turns out to be a demonic spirit that enticed the crew of the Graza to turn on the guests and each other for a stash of gold that was kept in the ship’s hold. The main goal however was to allow Jack to claim as many souls as he could before his trip back to hell, as he’s a salvager as well.

When Epps ruins his chance for claiming his salvage by blowing a hole in the side of the ship however she frees the souls that Ferriman had marked and is set adrift until she’s found by yet another ocean liner. As she’s lying in an ambulance, however, Epps sees the ghosts of her crewmates from the Arctic Warrior loading the gold onto another ship, followed by a resurrected Ferriman. A reboot wouldn’t need much save for an update since honestly, this movie was a lot better than people gave it credit for, but it could use a little bit of work here and there.