Home
Movies
What Movies Get Completely Wrong about Schizophrenia 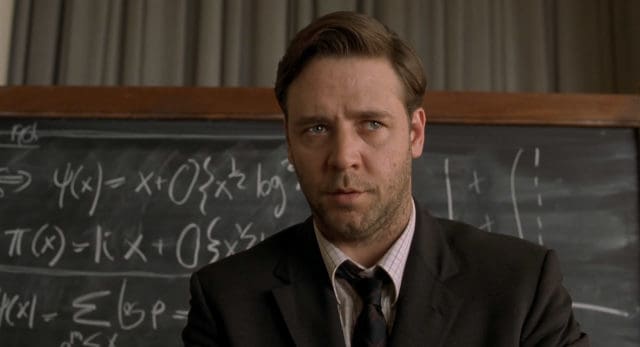 Schizophrenia in the movies is highly misleading and there’s usually a reason why. Telling the truth about this widespread issue does not always make for a better film experience. It’s easier to cling to the myths and allow people to think that this form of entertainment is giving it to them straight. It’s not so much an attempt by Hollywood to mislead anyone, but instead an attempt to entertain while not adhering to all the pertinent facts. It’s artistic license that allows this to happen, and therefore a lot of people get the wrong idea about schizophrenia and how it affects the lives of others courtesy of movies.

So just what does Hollywood get wrong about schizophrenia?

Reality-Just because a person is diagnosed as schizophrenic does not meant that they will be shipped away to a mental ward where they will be kept away from the ‘normal’ people for the rest of their lives. There are extreme cases in which patients that are diagnosed will be kept in a safe and secure area until such time as it is decided that they are no longer a danger to themselves or anyone else. These are rare, extreme cases however and are still not the end of the road for anyone. Through the use of therapy and medication people can and have been known to get better. The issue with films is that medications are often the only treatment shown, and it is often seen to become an addiction that makes the affected person worse.

Myth – Schizophrenics are violent towards others.

Reality-More often than not schizophrenics are more likely to targets of violence rather than instigators. Taking into consideration that some people that are schizophrenic try to self-medicate it is reasonable to think that those individuals might in fact become violent. But far more often it is seen that such people are far more susceptible to being harmed by others. In films it is seen that schizophrenics can become violent at the drop of a hat. This is not the case.

Reality-Any traumatic life event is bound to be hard for any individual, not just schizophrenics. The biggest issue with this myth is that the stress of the situation would likely hit a schizophrenic much harder considering that they are already in a tenuous mental state. But schizophrenia is not caused by such events, only exacerbated by them.

Reality-There is no real evidence to back this up. The truth is that the perception of a schizophrenic is somewhat altered due to a chemical imbalance in the brain. Because of this the thought processes and various perceptions that the individual experiences concerning the world around them can deliver false data and can cause a severe lack of motivation to thrive.

Schizophrenia is not a disorder that gives a person supernatural abilities. It does not necessarily ruin a person’s life unless they refuse to seek treatment, and it does not make them psychopathic killers all on its own. Instead schizophrenia is a very serious mental disorder that can be treated but is important to watch so as to give the affected individuals the necessary care they require. Movies give such individuals a bad rap by not displaying the reality of the disorder in favor of entertaining the masses. Maybe it’s about time for a change.